This week in Rhode Island, RIFuture reports that the state’s Governor, Gina Raimondo has caused thousands of the state’s families to lose abortion coverage after the Ocean State’s governor mandated that state insurers must now offer one insurance plan that does not cover abortion at every level that they offer a plan which does. They say that this has allowed insurers to re-enroll subscribers into new health plans if their previous plan no longer exists, leaving 9,000 without abortion coverage.

Heading west to the Constitution State, My Left Nutmeg writes that ‘making sh*t up’ is the new normal in Connecticut politics, citing Governor Dannel Malloy and the state’s fiscal crisis. They say that Malloy’s financial fixes – which included tax hikes and budget cuts – didn’t fix the state’s budget problems, though that did not stop him stating that they did whilst campaigning last year.

In the Empire State this week, State of Politics looks at the Executive Power of Governor Andrew Cuomo. They say that Cuomo has bypassed the legislature to increase the minimum wage for state workers to $15 by 2021, something state Republicans have criticised him for.

New Jersey was in the news this week after GOP Governor, Chris Christie, vetoed the state’s Democracy Act, reports PolitickerNJ. The bill would have modernized voting in the Garden State, reducing barriers by instituting automatic and online voter registration. They say that the state’s recent election had the lowest turnout on record, providing further evidence that New Jersey is facing a crisis of voter disengagement. Writing from the other side of the political spectrum, Save Jersey argues Tuesday that the state’s Republican Party can’t win elections without taking on the Democrats. They say that the New Jersey GOP needs to stop standing for Democrat policies which got the state into its financial troubles.

Looking west to Pennsylvania, Raging Chicken Press writes that a controversial ‘Police Protection Bill’ is poised to sail through the state’s legislature. The bill would mean that officers who use force or shoot people – but are not charged – will only have their name made public through a right to know process after an investigation is concluded.

On Monday this week, Political Maryland argues that state Democrats’ recent call for the state’s budget surplus would make it possible for GOP Governor, Larry Hogan, Jr. to reverse his earlier decision to cut $68 million in school aid is the political equivalent of beating a dead horse – it’s just not going to happen.

Moving south to the Georgia, Peach Pundit says that state legislators are struggling with the idea of ‘conflict of interest’. They give a number of examples of General Assembly members using their roles to benefit their own private business; these include one representative who is part of a consultancy firm which received $284,000 to reorganize a state agency, and another who funneled nearly 50 percent of their campaign donations to their printing company.

In Alabama this week, Yellowhammer reports that Governor Robert Bentley has, after spending the first four years of his governorship, stated that he is looking at expanding Medicaid in the state. Bentley has also said that it will cost the state $710 million over the next six years to expand Medicaid, something that would have to be funded out of either taxes or cuts – neither of which seem likely from the state’s conservative lawmakers.

Moving westwards to The Natural State, The Arkansas Project looks at a new study which has shown that the state is the worst in the US for civil forfeiture. Civil forfeiture means that law enforcement can seize property from owners suspected or involved in a crime, without actually being charged.

In Louisiana this week, Something Like the Truth says that the state’s US Senator – and gubernatorial candidate – has gone from being the state’s most feared Republican, to its most loathed. They comment that whole Vitter began 2015 as the favorite to take over from the outgoing GOP Governor, Bobby Jindal, he is trailing his Democratic rival, John Bel Edwards by 17 points, and faces prostitution allegations.

Heading up to Michigan, Eclecta blog has the news that the state’s Senate has passed a bill which would ban straight ticket voting, and has also added a $1 million appropriation bill, meaning that it is referendum proof under state law. Research has shown that ballot design can have a huge influence on voter participation.

Progress Illinois reports Friday that the state’s Finance Authority has agreed to use $12 million to make payments to state vendors and 911 services who have been affected by the long-running budget impasse in Springfield.

Wisconsin’s Political Environment this week says that state lawmakers have proposed needed rail safety measures after two trains derailed over the weekend, causing an oil and a chemical spill. The Badger State currently has only one full time rail inspector to cover 3,000 miles of track.

Last week saw President Obama finally kill of the Keystone XL pipeline, which would have transported Canadian tar sands to the Gulf of Mexico via some Midwestern states. Blog for Iowa wonders if North Dakota’s Bakken crude – which would also require a pipeline – is a replacement for Keystone XL.

MN Progressive Project also talks Keystone XL. They look at the pipeline’s politics in the North Star State, and argue that most people who backed the nixed pipeline were basing their opinions on the claims of the project’s backers.

Colorado’s The Spot says that deliberations over the state’s $27 billion budget include a focus on the state’s hospital provider fee. By converting the fee into an enterprise fund, they sat, it would be exempted from state revenue caps, which would make room for more spending.

On Tuesday, WyoFile looks at recent comments from Wyoming state legislator, Cathy Connolly (D) that the Equality State has saved itself into a deficit. They say that the legislature’s savings policies have created a situation whereby cuts are having to be made in order to fill the state’s savings accounts.

Montana’s MTCowgirl has the news this week that the state’s junior US Senator, Steve Daines (R) supports the expansion of Medicaid in the state, and will oppose any legislation to repeal Obamacare that would conflict with it.

In the Golden State this week, Fox & Hounds says that many Californian companies are headed for greatness – just not in California. They argue that the state’s business environment is wracked by regulation, taxes, and anxiety about what future changes to both. Staying in California, Flashreport argues that the state is paying people not to work, in the form of a much higher disability unemployment rate than was the case in 1971. 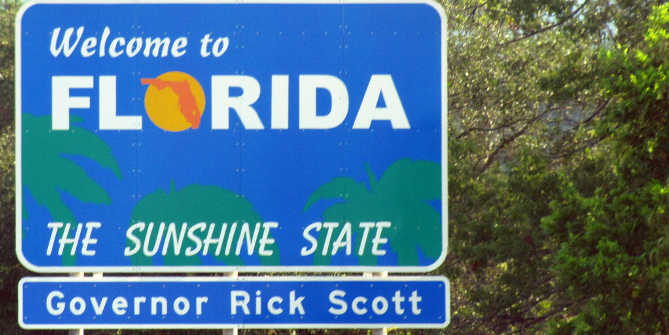 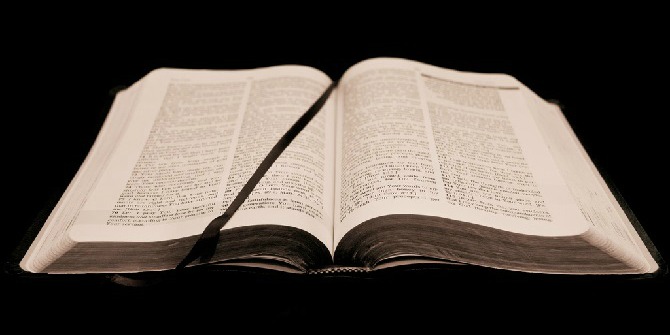 The NYPD’s Twitter campaign backfires, Missouri Governor Nixon may face impeachment, and will the Bible become the state book of Louisiana? – US state blog round up for 19 – 25 April 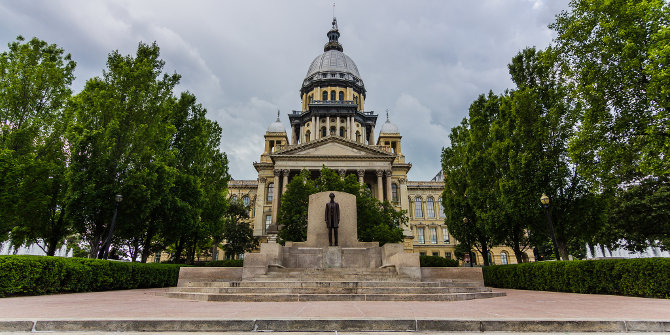