Over the past two decades, many cities have attempted to tackle urban poverty through mixed-income redevelopment of public housing estates. Using Chicago’s Plan for Transformation as a case study, Robert J. Chaskin and Mark L. Joseph find that efforts to integrate public housing residents into more economically diverse developments actually lead to new forms of inequality and marginalization, rather than well-functioning mixed income neighborhoods. They write that developers are often focused on maintaining the attractiveness and market value of redeveloped communities, which often leads to the adoption of zero-tolerance mechanisms of monitoring and control against low-income residents.

It is well-documented that living in high-poverty neighborhoods is associated with a range of social problems, including high rates of child abuse, teenage births, school dropout rates, crime and delinquency and adult unemployment. For about the past twenty years there have been efforts underway in cities across the US to disperse high-poverty neighborhoods. A major approach to this agenda has been through the mixed-income redevelopment of public housing estates. These efforts put emphasis on integration—on remediating the negative effects of racial and economic segregation by reshaping urban space, remaking urban neighborhoods, and integrating public housing residents into new, economically diverse neighborhoods.

Potential benefits of mixed-income public housing reform as described by proponents of this policy fall into four broad categories. First, integrating public housing residents into economically diverse developments may connect them to the relational networks of their higher income neighbors. Second, the presence of higher-income residents may promote greater safety and order. Third, higher-income residents may serve as “role models” and contribute to the modification of aspirations and behavior among those who have been segregated in high poverty neighborhoods. Finally, the presence of higher-income residents can attract greater local investment and more responsive services from public- and private-sector sources. Such efforts also embrace the design principles of New Urbanism, which hold that the built environment can be planned to promote diversity, community, and safety.

Increasing the proportion of higher-income residents, promoting homeownership and residential stability, and attention to planning and design may counteract the effects of social isolation and contribute to higher levels of social control and reductions in crime, but they may also generate conflict, particularly in light of how issues of race, class, and other dimensions of difference inform social interaction in the context of rapid neighborhood change.

In a recent research on Chicago’s Plan for Transformation—the largest effort to fundamentally remake public housing in the US—we examine how design choices and the system of regulations at the new mixed-income developments are preventing the effective integration of public housing residents. Our analysis is based on in-depth interviews, field observation, and a review of documentary data over the course of six years of fieldwork at three mixed-income developments built on the footprint of demolished public housing complexes.

We found that rather than promoting effective integration of the poor into well-functioning, mixed-income neighborhoods, the regulatory regimes put in place to manage behavior (focused in particular on the behavior of the poor) have instead produced what we term incorporated exclusion, in which spatial integration is accompanied by new forms of inequality and marginalization and, in the case of many relocated public housing residents in particular, withdrawal. The social dynamics and organizational responses that have been generated as a consequence of redevelopment and demographic change have also produced a set of fundamental tensions that contribute to serious contestation about the nature of community in these contexts and the rights, privileges, and responsibilities that are shared or differentially enjoyed by community members within them. 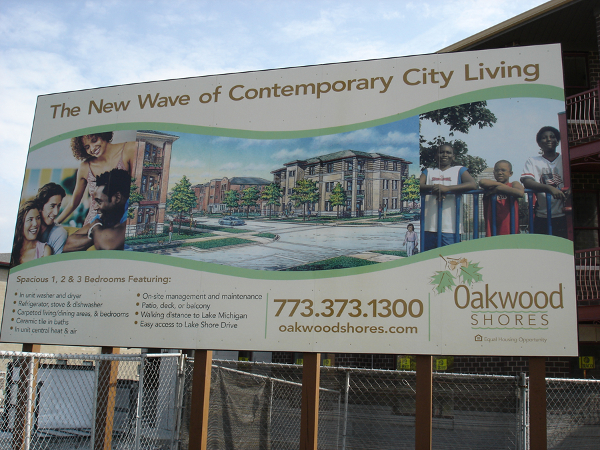 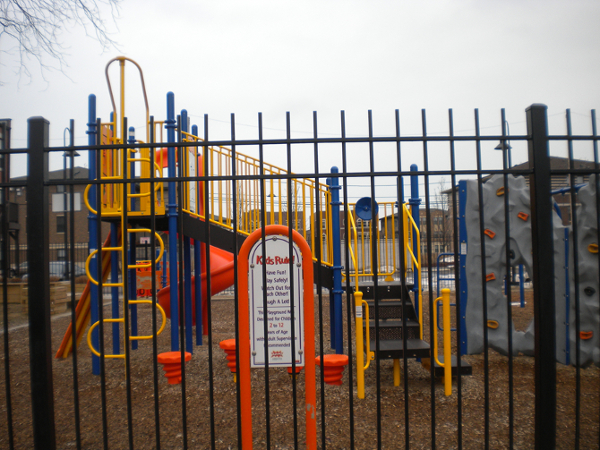 Motivated by concerns about reducing crime and disorder, protecting the market value and attractiveness of the community, and establishing clear community norms and standards of behavior, development professionals at each site have established specific rules and processes to establish and maintain regulatory regimes oriented toward safety, security, and the privatization and controlled use of public space. These are driven by the dominance of “market norms” and “broken windows” views which lead to a range of rules and sanctions and the establishment of specific mechanisms and processes to monitor behavior and compel compliance, such as “zero-tolerance” response to violations, heavy use of security cameras, frequent unit inspections, increased police presence, and a sense of pervasive surveillance.

From the standpoint of improved safety, order, and the quality of the built environment, the communities that have emerged on the footprint of public housing complexes under the Plan for Transformation show considerable success compared with what they have replaced. While relocated public housing residents and other low-income renters acknowledge these improvements and appreciate, in particular, the relative safety of the neighborhood and quality of the housing in which they now live, homeowners and newly arrived market-rate renters are not entirely satisfied, and their concerns about safety, disorder, and neighborhood quality of life are largely grounded in complaints about their low-income neighbors, especially relocated public housing residents. For their part, relocated public housing residents and other low-income renters complain about the ways in which rules are differentially and unfairly enforced and about the lack of recourse available to act on complaints from or about their higher-income neighbors. The pressure of monitoring and rule enforcement has led many public housing residents to practice strategies of withdrawal and efforts to avoid the attention of homeowners and property management, “walking on eggshells,” as one put it for, lest their housing subsidy be put fundamentally at risk.

Given the policy goals of inclusion and integration at the center of the mixed-income transformation, is it possible to reorient the regulatory regimes in these communities in ways that protect the desire for order, safety, and sound investment without overly constraining individual freedom and access to public space or inequitably targeting the poor within them? Rethinking governance in these contexts away from regulatory paternalism and toward more participatory and inclusive engagement is one potential avenue.

A second is refocusing design to promote the integration of and access to public “civic” space and providing opportunities for more inclusive deliberation to establish collective norms about the use of such space. A third potential direction would focus greater attention on shaping the organizational infrastructure of these neighborhoods, moving beyond the overarching focus on housing to include attention to building and connecting residents to commercial, institutional, and organizational resources.

Finally, more robust services and supports to help position relocated public housing and other low-income residents to participate more fully and effectively in these new communities and gain broader access to economic and social opportunities in the city are needed, though these are also limited in the broader context of shifting economic opportunity and other structural constraints that low-income people face and that policies like Chicago’s Plan for Transformation are fundamentally not designed to address.

This article is based on the paper, ‘Contested Space: Design Principles and Regulatory Regimes in Mixed-Income Communities in Chicago’, in The Annals of the American Academy of Political and Social Science.

Robert J. Chaskin – University of Chicago
Robert J. Chaskin is a Professor and the Deputy Dean for Strategic Initiatives at the School of Social Service Administration and is the Faculty Director of the University of Chicago Urban Network. His research interests include community organizing and development, community social organization, comprehensive community initiatives, youth development, associations and nonprofits, philanthropy and social change, social housing policy, knowledge utilization and evaluation, and cross-national research.

Mark L. Joseph – Case Western Reserve University
Mark Joseph is an Associate Professor at the Jack, Joseph and Morton Mandel School of Applied Social Sciences at Case Western Reserve University, Director of the National Initiative on Mixed-Income Communities and a Faculty Associate at the Center on Urban Poverty and Community Development. His general research interests are urban poverty and community development. His current research focuses on mixed-income development as a strategy for addressing urban poverty, with particular attention to transforming public housing developments.