Daniel M. Gropper, John S. Jahera Jr. and Jung Chul Park investigate the importance of political connections for firms, finding that the value of these connections and influence on local firm performance are strongest and most clearly seen in states which are less economically free.

The linkages between firm performance, the economic environment and influential political connections have long been of interest across the spectrum of business and politics. These links can be particularly important for banks and other firms in heavily regulated industries where a simple change in law or regulatory policy can result in significant costs, open new profitable opportunities, or otherwise change the operating environment. Firms in such industries may devote a great deal of time and resources toward efforts directed at influencing elected officials, regulators or public opinion, and their strategies in the political arena may end up being as important as any other element of their strategic efforts.

We investigate the business and economic environment where such political connections may prove to be most important. Using data from the United States since the late 1980s, we examine how the measured degree of economic freedom affects bank performance, as well as how the importance of political connections is related, if at all, to the degree of economic freedom in the states in which banks are headquartered. In earlier work, we studied the U.S. banking industry and found evidence that banks headquartered in states where a Senator or member of the House of Representatives served as the chairman on their respective Congressional banking committee outperformed banks headquartered in other states. In the present study, we build upon that work by examining how economic freedom and the value of such political ties are related, and how both affect bank performance.

There have been numerous studies at the national level showing that countries with greater economic freedom have, on average, higher economic growth rates. To perform our analysis, we use the Economic Freedom Index of the States to capture the overall business and economic environment in each of the different states, as illustrated in Figure 1. (Details regarding construction of this index can be found here). Our results clearly show that greater economic freedom is also associated with stronger local bank performance, whether using returns on assets (ROA) or bank stock returns as the performance measure.

We also confirm our prior findings that banks generate significantly higher ROAs when their headquarters are located in the states where a Senator or Member of the U.S. House of Representatives is the chair of a banking committee in Congress. The time period our analysis covers includes six different chairmen in the Senate and four in the House of Representatives, from the 101st to the 111th Congress. Party affiliation of the chairmen is evenly split, with three Republicans and three Democrats in the Senate, while the House had two Republicans and two Democrats.

Interestingly, we find that the effect of political connections is significantly impacted by the degree of economic freedom in the state. This pattern persists when we examine bank stock performance using the average buy-and-hold-abnormal-return (BHAR), defined as the difference between the actual return and the predicted return from buying and holding this stock. The BHAR is increased up to 11 percent a year when invested in those banks that are located in less economically free states that have a local politician serving as banking committee chair. However, this positive impact on firm performance is not found for those banks headquartered in states with a high level of economic freedom. Therefore, we conclude that while there generally is a significant effect of political connections on firm performance in the banking industry, that effect appears to be less important in areas that have greater economic freedom.

We conduct a number of statistical robustness tests, and our findings hold even after controls for endogeneity, selection bias, and heteroscedasticity. We also examined periods of financial crisis as well as non-crisis periods, and found that political connections matter in both periods. We also looked at different bank charter types and different bank size groups. While we found little difference between national and state chartered banks, we did find that the positive political connection effects seem to be more pronounced for smaller banks.

Our findings suggest that the value of political connections and influence on local firm performance are strongest and most clearly seen in business environments that are less economically free. Measured economic freedom has declined substantially in many U.S. states in recent years, reflecting the increased size of government, more targeted fees and taxation, and new regulations in the wake of the latest credit crisis. Continued reductions in economic freedom could thus make political connections potentially more valuable and more important to banks and other highly regulated firms. In summary, there is evidence to suggest that it does indeed pay to know people in high places.

This article originally appeared at the LSE Business Review, and is based on the paper Political power, economic freedom and Congress: Effects on bank performance, Journal of Banking & Finance, Volume 60, November 2015, Pages 76–92.

Daniel M. Gropper – Florida Atlantic University
Daniel M. Gropper is Professor of Finance and Dean of the College of Business at Florida Atlantic University. Dr. Gropper has published in a variety of leading journals including the Journal of Money, Credit and Banking, Review of Economics and Statistics, Journal of Banking & Finance, and the Journal of Business and Economic Statistics. Dr. Gropper currently serves on the advisory board for Comerica Bank in Palm Beach County, and on the Ft. Lauderdale Chamber Council of Economic Advisors.

Jung Chul Park – South Florida Muma College of Business
Jung Chul Park is assistant professor of finance at the University of South Florida Muma College of Business. Park’s research interests are in market efficiency, corporate governance, risk management, international finance, and political finance. His work has been published in leading finance and economics journals such as the Journal of Financial Economics, Financial Management, Journal of Banking and Finance, Journal of Corporate Finance, and Journal of Economic Behavior and Organization. 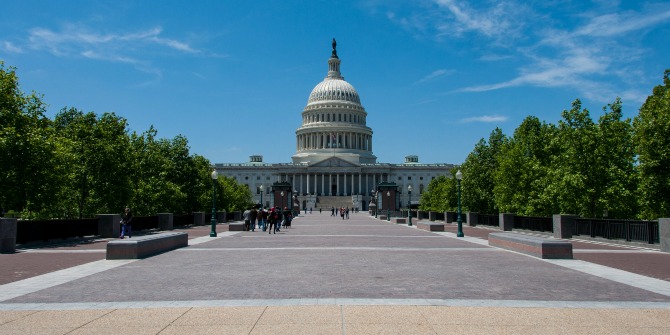