Mixed unions reveal progress in integration but also enduring societal social cleavages, which revolve around race in the US and religion in Europe

Mixed unions reveal progress in integration but also enduring societal social cleavages, which revolve around race in the US and religion in Europe

Recent months have seen debates over immigration and the integration of immigrants into North American and Western European societies come to the fore in public discourse. In new research, Richard Alba and Nancy Foner assess the state of immigrant integration by analysing unions between those with non-Western immigrant origins and those from native majorities in North America and Western Europe. They find that, while the frequency of mixed unions varies among countries, the greater variation occurs among groups, reflecting pronounced social cleavages in different countries: racial divisions, especially between blacks and whites, in the United States and the separation between Muslims and long-established secular/Christian natives in Western Europe. Other factors, including the settler society experience in North America and cultural traditions among Muslim groups, also play a role.

Mixed unions are growing in importance as indicators of the integration of immigrants and their descendants into North American and Western European societies.  Such unions, which may enjoy the legal sanction of marriage or may involve cohabitation for the purpose of creating a family, simultaneously involve intense intimacy between two people which expands through extended-family networks.  When unions span social boundaries by uniting individuals of immigrant background with members of the native majority, they point to the conditions under which the former can be accepted into the mainstream of the society.   Mixed unions, while not common when immigrant populations are newly arrived, usually grow in frequency over time.  Now that the onset of post-World War II mass immigration into Western countries is a half century in the past, we can expect the patterns of mixed unions to provide telltale signs about the state of immigrant integration.

To examine the state of immigrant integration, in new research, we analysed unions between individuals with non-Western immigrant origins, especially those belonging to the second generation, and those from the native majorities in six North American and Western European countries:  Canada, France, Germany, Great Britain, the Netherlands, and the United States.  We focus on groups from non-Western societies, from Africa, Asia, the Caribbean and Latin America, because they are the ones that challenge the integration capacities of wealthy Western societies.  Our focus is on four key questions: How extensive is mixed partnering in the second generation, especially with members of the majority group? How do intermarriage rates vary among immigrant-origin groups? How much does the national context matter? And what are the consequences of mixed unions for integration into the mainstream?

Our first finding is that mixed unions vary markedly in frequency across national and immigrant-group contexts.  Mixed unions appear more common in Canada, France and the United States than in the other three countries.  But in almost all of the countries—Canada’s generally high rates of mixed unions are the exception—rates are relatively high for some groups and low for others.  In Great Britain, for example, rates are quite low for South Asian groups, but high (around 60 percent) for Afro-Caribbeans; in the Netherlands, they are low for Moroccans and Turks but high for the Antilleans, many of them non-white. 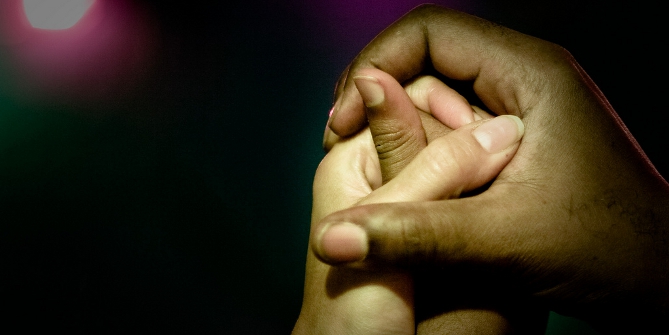 To an important extent, the variations by group reflect the stark social cleavages in different societies:  in the United States color-coded racial boundaries involving persons and groups with visible African ancestry; in Western Europe, the religious divide between Muslims and the secular/Christian majority.  In the first case, the racial boundary is the product of a centuries-long history of social exclusion and subordination beginning in slavery but lasting beyond it and now affecting the marriage possibilities for the children of West Indian immigrants.  Marriage between blacks and whites in the United States has increased appreciably during the last half century–since the Supreme Court cast aside the remaining anti-miscegenation laws in the 1967 case Loving v Virginia–but it falls well short of the levels attained between whites and Asians or whites and Hispanics.  And arguably, its consequences—in the acceptability of the non-white partner to white kin, for example—are different.

In Western Europe, the children of Muslim immigrants are also unlikely to marry outside their groups. In this case, tendency overlaps with the effects of social exclusion, making the precise role of each impossible to discern.  In addition, Muslim groups generally have brought traditions of arranged marriage from their homelands. (Other groups with such traditions include Indians in Britain and the United States.) Indeed, partly because of the value of marriageable children with permanent rights of residence in European countries and perhaps partly out of fear of inappropriate partner choices in the countries of reception, parents often encourage marriages to partners from the homeland. Strictly speaking, then, the low rates of mixed unions may not be determined by social exclusion or religious mandate (though each certainly may play a role in keeping traditions of arranged marriage alive). Whatever the causes, the consequences of these low rates for integration in European societies are worthy of further observation.  Muslim groups involve some of the largest immigration-derived populations in Western Europe, and their low rates of entering unions with partners from other groups suggest a durable social cleavage.

In reflecting on the overall national differences, we suspect there is a role for national ideologies of integration, insofar as they suggest that the children of immigrants should be viewed as members of the national community rather than outsiders.  In North America’s societies, the settler-society experience, enshrined in the quasi-mythological status of immigration in the founding of the nation, encourages this view – as do more inclusive notions of national identity that developed in the twentieth century from the integration of earlier European immigrants and their children as well as the institutionalization of minority-rights gains. In France, the Republican ideology emphasizing the equality of all French citizens, a group that includes the second generation because of jus soli, could be similarly encouraging.  By comparison, in some of the other European countries, it is more difficult for the second generation from some immigrant groups to see themselves, and be seen by others, as part of the national community.  For example, in the Netherlands, common discourse refers to non-Western immigrants and their children (and sometimes their grandchildren) as “allochthones,” as contrasted with native “autochthones,” literally the people “from the earth.”  This discourse casts even the second generation, born in the Netherlands and holding Dutch citizenship, as perpetual foreigners, stigmatizing and hurting them.

It appears to us likely that all of these societies will be impacted by intermarriage between the descendants of new immigrant populations and those from the native majority.  There are signs, specifically in the United States where an extensive body of intermarriage research exists, that the surge of intermarriage resulting from the growing second and third generations is helping remake the mainstream.  With more than one of every seven marriages in any given year now crossing a major boundary of race and/or Hispanic ethnicity, mixed unions have become so common as to be widely acceptable and to have large-scale impacts on kinship networks, including those of the white majority. (Most of the intermarriages join a white partner with a minority one.)  In addition, mixed unions are giving rise to a large and growing group of youth whose experiences growing up and social identities represent a blend of different groups.

The North American combination of relatively inclusive national identities, including the wide recognition of hyphenated forms (a contrast to France), and frequent mixing between minorities and the majority in families could be potent for these societies’ mainstreams. It suggests an incorporation of many individuals from the new immigrant populations into what has been a heavily white mainstream.  This is surely happening in Europe also, but seemingly to a lesser degree, and more slowly.

This article is based on the paper, ‘Mixed Unions and Immigrant-Group Integration in North America and Western Europe‘, in The ANNALS of the American Academy of Political and Social Science.