More than 80 percent of advertisements in political campaigns are negative; a type of messaging that is much less common in markets for consumer goods and services. Why is negativity so specific to political campaigns? In new research, Amit Gandhi, Daniela Iorio, and Carly Urban explain that the dual Democrat-Republican nature of US politics encourages candidates to go negative. They find that elections with two candidates are twice as likely to see negative ads compared to those with a greater number of candidates, and argue that the rise of a viable third party in the US might reduce the amount of attack advertising.

Political competition in the United States frequently uses negative portrayals of one’s opponent as a strategic weapon. The sheer amount of money spent on negative advertising is alarming; for example, Senator John Kerry and President George Bush together spent $522 million on advertising in the 2004 presidential campaign, with over 70 percent of this amount spent on negative messaging. In the November 2010 electoral contests for state and federal office, 80 percent of advertisements were negative. The prevalence of negative advertising and the potential harm it may pose to the health of a democracy is a serious concern to policymakers and leads to regulations that aim to inhibit negativity.

An important part of the explanation lies in a unique feature of US political markets: the presence of only two dominant parties. The two-party system resembles duopoly competition between political candidates in a general election, whereas there are few duopolies in the consumer product market. There is a rationale for why duopolies are more likely to go negative: when the number of competitors is greater than two, engaging in negative ads creates spillover benefits for those opponents who are not the object of the attack. In contrast, positive ads benefit only the advertiser.  For example, if Candidate A attacks Candidate B, Candidate C benefits from this attack without having to pay for it himself.

In non-presidential primary contests within the United States, i.e., the contests among Democrats or Republicans that decide who will become the party nominee in a particular House, Senate, or gubernatorial race, the local nature provides us with independent races that vary in the number of entrants. Using data from the Wisconsin Advertising Project on all political advertisements aired in media markets across the United States for the 2000, 2002, 2004, and 2008 elections, we estimate the difference in negativity across duopoly and non-duopoly contests.

Our main finding is that duopolies have more than double the likelihood of airing a negative ad when compared to non-duopolies. In addition, adding just three competitors drives the rate of negativity found in the data close to zero.

Our findings help explain the high volume of negative advertising that is generally found in US politics. When the number of competitors in a market is greater than two, airing negative ads creates spillover benefits to the opponents who are not the object of the attack. However, political competition in the US is largely characterized by two-party contests, creating a greater incentive for negative ­advertising. This suggests that, perhaps including a viable third party in US contests may decrease the amount of attack advertising. It may also explain the relative negativity in US campaigns when compared to multi-party systems. For example, following a referendum, in 1996 New Zealand abandoned its first-past-the-post electoral system, characterized by a two-party system, and adopted a mixed proportional electoral system, leading to a multi-party system.

This article is based on the paper, ‘Negative Advertising and Political Competition’, in the Journal of Law, Economics, and Organization.

Carly Urban – Montana State University
Dr. Carly Urban is an Assistant Professor of Economics in the Department of Agricultural Economics and Economics at Montana State University.  She holds a Ph.D. in Economics from the University of Wisconsin-Madison and a B.A. in Economics and International Affairs from the George Washington University. Her research focuses on economics of the political market and the policy analysis of financial interventions, and  has been published in top economics journals including the Economic Journal, the Journal of Human Resources, and the Journal of Economics, Behavior, and Organization.

Posted In: Amit Gandhi | Carly Urban | Daniela Iorio | Elections and party politics across the US 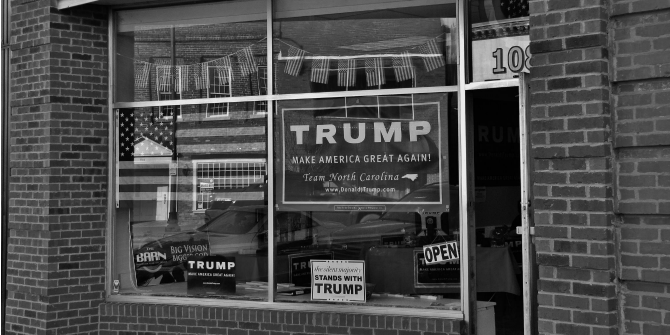 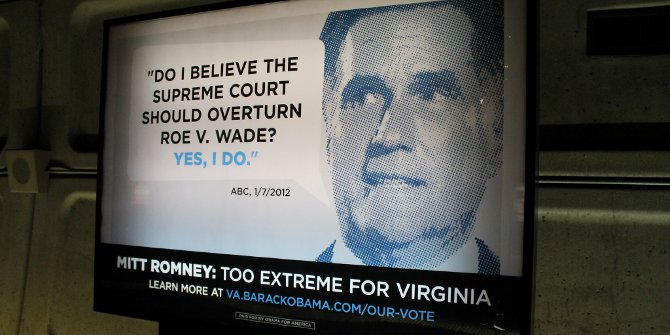