Recent work from Thomas Piketty and others has shed new light on the causes and effects of inequality on society. But how can taking a spatial perspective help us to better understand inequality and its effects? In new research, Jurgen Essletzbichler finds that in cities with the highest shares of the 1 percent of income earners, the bottom 90 percent are not necessarily better off because the potential ‘trickle down’ benefits are eroded by higher living costs. He argues that policymakers should keep in mind that any attempt to redistribute incomes to those on low incomes will have significant geographic effects.

Since the 1980s inequality has risen to levels not encountered since the Great Depression. Using tax records in the US, Piketty and Saez were among the first to document the significant rise in top 1 percent incomes. While these data were essential in establishing long term historical trends in the concentration of income, they tell us little about the socio-demographic characteristics or location of the rich.

Information from the American Community Survey (ACS) shows that the typical member of the top 1 percent is most likely to be white, male, well-educated, middle-aged and living in a suburban area of a large city. Figure 1 illustrates that the share of the top 1 percent in 2014 is distributed highly unevenly across the United States with high shares of the top 1 percent found in the High Tech Cluster in San Francisco Bay Area, the financial hub of New York City and the insurance sector in Boston complemented by smaller cities across the US

Figure 1 – The share of the top 1% in U.S. metropolitan areas

In new research, we examine how a spatial perspective can add to our understanding of rising inequality. There are several reasons why this approach may be important. Here are a few:

First, focusing on cities in one country allows us to ignore national differences in policies affecting wages and incomes. It is important to keep in mind though that national policies are rarely place-neutral. For instance, national policies favouring the financial over the manufacturing sector will affect different places differently. Second, the effect of regional and local institutional differences such as union density or minimum wage legislation on differences in metropolitan and regional wage and income inequality can be examined. Third, if the pattern and drivers of inequality differ between metropolitan areas then a national one-size-fits all policy will be inefficient to address inequality. Fourth, if the rich concentrate in a small number of places, then higher top income tax rates coupled with geographic redistribution of income will benefit most places while it will hurt only a few.

But why should we do anything about fast rising incomes at the top in the first place? Those that favour trickle down explanations make the claim that the income and wealth earned by the top 1 percent is beneficial for and trickles down to the bottom 90 percent. Those opposing it claim that a concentration of the income at the top 1 percent reduces aggregate demand and slows down output and employment growth or worse, is one of the main culprits of causing the Great Recession. But even if trickle down does not work at the national scale, could it generate relatively well paid jobs in places where the rich reside? It is plausible that demand for certain non-tradeable services such as gardening, window cleaning, child caring, dog walking, food preparation, interior design or hairdressing leads to better employment opportunities and higher wages in those occupations.

Table 1 depicts the correlation coefficients between the share of the top 1 percent and various employment characteristics of the bottom 90 percent for the 143 metropolitan areas with more than 100,000 workers. Looking at the bottom row first, there appears to be a significant positive although weak relationship between the share of the top 1 percent and the median wage, and median owner and rental costs for the bottom 90 percent. Also, the share of the top 1 percent is negatively related to unemployment rates. These results, however, may also be affected by the distribution of skills and occupations in a metropolitan area. In order to illustrate the impact of compositional effects on this general relationship, rows 1 to 3 include correlation coefficients of the top 1 percent with employment characteristics of the bottom 90 percent in different educational groups. Included here are those without a high school degree (row 1), high school graduates (row 2) and those with a bachelor degree (row 3). Only the positive correlation with owner and rental costs and the negative relationship with income to owner cost ratio remain statistically significant.

If run-away top incomes exert a negative impact on the national economy and have no immediate positive economic effect on the bottom 90 percent in the cities they live in, then why not have a go at redistribution as suggested by some? Let’s look at an admittedly simplistic but illustrative example. The exact figures are not that important but what matters is that there are not only big social but also geographic redistributions of income if we were to tax the rich more. And this has potential policy implications. So for the sake of argument, let’s assume that we tax that share of the wages of the top 1 percent that exceeds the 95th percentile (everything above 135,000 US$) at 100 percent. The tax revenues are then re-distributed to the bottom 40 percent of the 25-65 year old urban population at equal amount. As a result of that, roughly four out of five metropolitan areas would benefit, while only 1 out of 5 metropolitan areas would experience a net loss (see Figure 2). If we were to tax the top 5 percent rather than the top 1 percent at 100 percent and re-distribute the gains to the bottom 40 percent, 85 percent of cities would benefit. This simple numerical exercise illustrates that any re-distributional policy is likely to have important geographical in addition to social effects that should be kept in mind by members of the House of Representative who are elected by geographically bounded constituents when voting on the next tax legislation.

This article is based on the paper, ‘The top 1% in U.S. metropolitan areas’, in Applied Geography.

Jurgen Essletzbichler – University College London
Jurgen Essletzbichler is a Senior Lecturer in Economic Geography in the Department of Geography at University College London. He has two main research interests: First, he applies evolutionary economic geography to explain metropolitan and regional economic evolution as industrial and technological branching processes. Second, he studies the causes and consequences of metropolitan wage and income inequality. 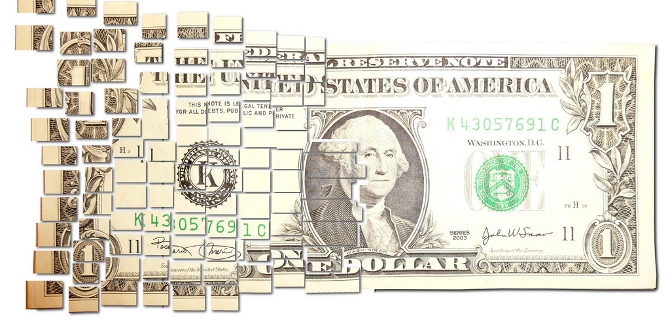