In the two weeks since President Obama announced his latest tranche of executive orders on guns, many Republicans have accused him of making a dramatic power grab over the legislature. Alex Bolton and Sharece Thrower disagree, writing that there is little guarantee that any of Obama’s instructions will actually be executed, and those that are may be overturned by the courts. They argue that Obama’s actions actually exemplify the constraints faced by presidents who try to make policy without Congress.

Earlier this month, President Obama announced a new series of executive actions aimed at curbing gun violence in the United States.  These actions were immediately met with harsh criticism from Republicans on both substance and process, with House Speaker Paul Ryan accusing President Obama of “at minimum subverting the legislative branch, and potentially overturning its will.”

However, President Obama’s executive actions, rather than being dramatic power grabs, actually typify the constraints that presidents face when trying to make policy “alone.”  The measures being proposed are relatively limited in scope, could easily be overturned by a future president, and most could be stopped or reversed by other political actors, including Congress and the courts, in the near term.

The gun control executive actions proposed by the president can be classified into three broad categories: agency instructions, the issuance of new regulations, and budget proposals.  In this post, we review each of the proposals in these categories.

Several of the new executive actions consist of the president and Cabinet officials giving instructions to agencies and their employees.  For instance, Attorney General Loretta Lynch has encouraged US Attorneys across the country to make enforcement of existing gun laws a top priority.  Additionally, she sent a memorandum urging US Attorneys to focus particularly on domestic violence.

In a presidential memorandum directed at agencies, President Obama has also ordered the Departments of Defense, Justice, and Homeland Security to “conduct or sponsor research into gun safety technology” and “review the availability of smart gun technology on a regular basis, and to explore potential ways to further its use and development to more broadly improve gun safety.”

While instructions from the president to agencies can have large policy effects given his role as the head of the executive branch, this is not always the case.  Indeed, they are a relatively mild form of executive action. First, presidential instructions require action by others across the bureaucracy in order to be implemented.  Because of this, there is no guarantee that they will be executed faithfully or at all.

Similarly, once President Obama leaves office, so will the vast majority of his political appointees at the leadership helm of executive agencies. Thus, even if US Attorneys begin vigorous prosecution of gun crimes this year, for instance, many of them will be out of a job on January 20, 2017, particularly if a Republican wins the White House. New appointees will not be bound by instructions from a previous administration in this case. Further, subsequent presidents can easily overturn Obama’s directives and are more likely to do so if opposed to them.

Similarly, even if the current Secretaries of Defense and Homeland Security join with the Attorney General and commit to funding more gun safety research, there is no guarantee that funding will ever be distributed if it does not happen by the end of the year.

Fundamentally, instructions to agencies are not necessarily efficacious means of bringing about significant, long-lasting policy changes.

The White House also announced that several agencies would be issuing new regulations designed to advance its gun agenda.  First, the Bureau of Alcohol, Tobacco, Firearms, and Explosives is planning to release a rule that would require individuals purchasing firearms through a trust or corporation to be subject to background checks.  The agency also finalized a rule that would require dealers who transport guns to report to law enforcement if firearms are lost en route to their destination.

The Social Security Administration is also planning to undertake a new rulemaking that would facilitate the transfer of mental health data from the agency to the National Instant Background Check System.  Similarly, the Department of Health and Human Services finalized a rule, first proposed by the administration in its 2013 gun executive actions, which would allow states to more easily feed mental health information into the system. 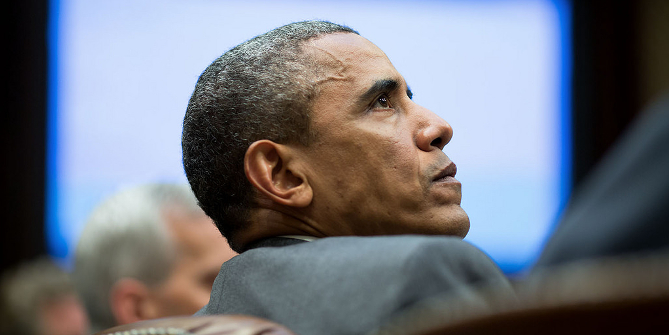 While regulations have the force of law when they are finalized and published in the Federal Register, thus making them an important source of executive policymaking authority, they are also susceptible to being overturned or made ineffective through court and congressional actions.

All of the regulations that have been released or will be released are subject to challenge in the federal courts. Judges have the power to delay the implementation of rules pending litigation and overturn part or all of a regulation.  Agencies must pay close attention to statutory boundaries when writing new regulations to avoid this latter outcome. Gun lobby groups have already promised to challenge the new regulations in court.

Regulations can also be subverted by Congress through a number of means. The congressional appropriations process offers one avenue through which Republicans can stymie administration priorities.  In particular, limitation riders can be included in appropriations laws that forbid agencies from using appropriated funds to implement or move forward with regulations. These riders would, of course, be controversial, and would no doubt attract veto threats from the president, risking the possibility of a government shutdown.

The regulations will also face certain scrutiny if a Republican president takes office next year.  Regulations can be rescinded, and a president that is unsympathetic to these highly salient regulations would in all likelihood move to repeal them.

In the final set of executive actions, President Obama announced his intention to propose funding in his FY 2017 budget for 200 new agents and investigators in the Bureau of Alcohol, Tobacco, Firearms, and Explosives in order to enforce gun laws. Additionally, he is also proposing to invest 500 million dollars to help individuals with mental health illness. Though the president certainly has the freedom to propose these increases, such budget proposals must ultimately be approved by Congress, as funds are distributed following the passage of appropriations bills.

With the prevalence of divided government and extreme polarization, passing appropriations bills is an exceedingly difficult task for both Congress and the president. Not only can Congress reject the president’s budgetary proposals, but stalemates within the legislature can occur when other policy conflicts arise with the executive branch, such as in the case of the 2013 shutdown of the federal government centered around Republican efforts to defund Obamacare or the standoff over funds for the Department of Homeland Security in 2015.

Overall, there is no guarantee that the president’s budget proposals on gun control will be approved by Congress. In fact, it may face severe challenges from Republican opponents in both the House and the Senate. Further, Obama’s other gun control proposals could also be in danger if they require congressional funding and staffing for existing programs or if they attempt to create new ones. In fact, House Republicans have already stated their intention to block the implementation of these new executive actions by defunding the Department of Justice through proposed legislation.

Change must come from elsewhere

In sum, despite claims of executive overreach from political opponents within Congress and even the media, President Obama’s actions on gun control reflect the overall constraints he faces within our governmental system when attempting to influence policy unilaterally. In fact, many of his proposed executive actions are not unilateral at all, but are subject to checks from both the legislative and judicial branches. Further, these actions can be easily overturned by subsequent administrations or stalled by legal challenges, similar to his executive actions on immigration.

Ultimately, significant and durable policy change on gun violence in the United States cannot come from the president alone. Instead, it will require buy-in from other political actors, notably Congress. In a presidential election year featuring divided government and extreme polarization, however, this seems like a remote possibility.  Absent some significant change in the political environment, the status quo will remain largely unchanged.