Government, the Beltway and Congress’ agenda
Foreign policy, defense and trade
Obamacare and health policy
The economy and society

Obama, the Democratic Party, and the GOP

On Monday this week, Townhall writes on recent comments from President Obama that one of the few regrets of his presidency is that the rancor and suspicion between the parties has gotten worse instead of better. They say that he should regret this, given that he doesn’t seem to have made any effort to change the culture of Washington DC during his presidency. Perrspectives meanwhile comments this week that seven years into his presidency, it’s clear that the Obama economy has overcome the Republican Party’s attempts at sabotage, such as their opposition to the stimulus and the Federal Reserve’s program of Quantitative Easing, and their threats over the raising of the debt ceiling. 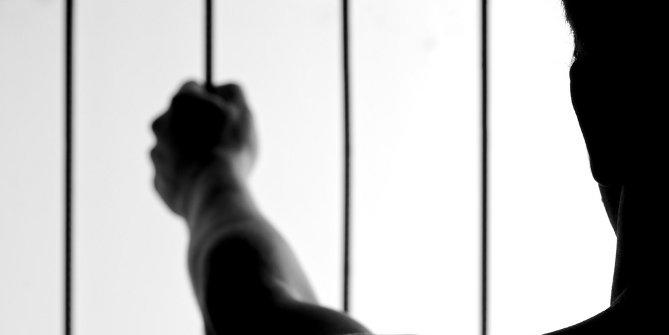 Moving on to the Republican Party, PolitcusUSA writes Sunday that a new poll has shown that despite the party’s claims that Americans want all abortions to be banned, two-thirds of voters are ‘outraged’ at the GOP’s attacks on women’s reproductive rights.

The American Prospect reflects on what has happened to the battle for the soul of the Republican Party. Rather than debating the party’s future and its identity, they say, conservatives are now facing a choice between an insurgent that can’t stand (Texas Senator Ted Cruz), and a demagogue that they can’t trust (Donald Trump). FiveThirtyEight also delves into this, commenting that the GOP might be failing, with the old logic that parties will tend to nominate credible and more traditional candidates now seeming to be out of date in light of the rise of Trump.

This week saw reports that former New York City Mayor, Michael Bloomberg is considering a 2016 presidential run as an independent. Monkey Cage comments that it might not be crazy for Bloomberg to run – he has an opening a centrist candidate, and he has the money to finance a bid. Powerline is much more pessimistic, warning that we shouldn’t get our hopes up about Bloomberg, given that in the public’s mind he is the personification of the ‘nanny state’.

Roll Call’s Rothenblog says that in a previous cycle, the two candidates that many thought would be the ‘next’ choice of their parties – former Florida Governor, Jeb Bush and former Secretary of State Hillary Clinton – would be ‘coasting’ to their parties’ nominations. Instead they may both be playing the long game, staying in their nominating contests long enough for voters to decide to turn to them as their respective primary fields begin to thin out. Meanwhile, Political Animal identifies what they say is the underlying sexism of the 2016 presidential race, with many voters wanting a president with ‘testicular fortitude’ – something that is a challenge to the election of Hillary Clinton as the country’s first woman president.

Looking now at 2016’s Senate races, Roll Call’s At the Races wonders if the pro-LBGT stances of Senators like Rob Portman of Ohio, Mark Kirk of Illinois, and Alaska’s Lisa Murkowski will hurt their re-election chances in the fall.

On Sunday, PoliticusUSA has the news that the Iowa Democratic Caucus is a dead heat between Hillary Clinton and Vermont Senator, Bernie Sanders, with the race having been a critical back and forth between the two over the past few weeks. In Iowa, Hit & Run says, turnout isn’t everything – in a race this close, it’s the only thing. 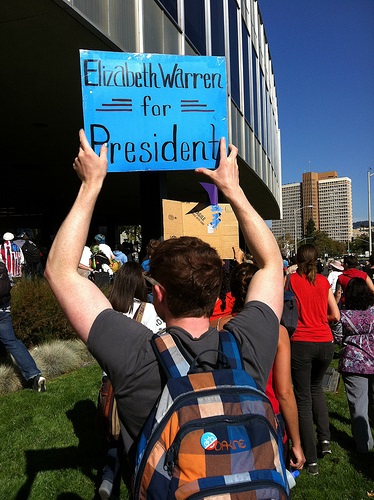 American Thinker weighs in on the Democratic primary race, wondering if Vice-President Joe Biden and Massachusetts Senator Elizabeth Warren will come to the rescue if and when Hillary Clinton’s campaign melts down.

Will the Democrats be able to win back the House of Representatives in the fall? Not a chance writes The Fix; for this to happen, the party would need to hold onto six competitive seats, win all 27 of the Republicans’ seats, and then win a few more safe GOP seats as well.

Turning to what Bernie and Hillary have been up to this week:

American Thinker writes on Sunday on the ‘soft civil war’ within the Republican Party between supporters of Ted Cruz and Donald Trump, especially those that are online. Speaking of Trump and Cruz, The Fix comments that it’s good news that the Des Moines Register – which recently endorsed Florida Senator Marco Rubio – isn’t actually a kingmaker in Iowa. Red State reminds us though, that when it comes to polling, we really have no clue what’s actually going on in Iowa, and that no one can truly predict who’s going to win with any degree of confidence.

Political Animal looks at the extent to which Cruz and Trump’s candidacies should be seen as ‘anti-Obama’ candidacies, they are bombastic and intolerant, where Obama is patient and inclusive. Given the popularity of Trump in the current primary, it’s worth asking where the ‘Republican regular’ voters will go. Red State says that Marco Rubio is a possibility, but that many will also head towards Cruz. FiveThirtyEight writes on Thursday that nominating Cruz or Trump might not have the effect of ‘dooming’ Republicans further down the ballot – history shows that only about 50 percent of the relationship between how much the House changes in an election can be explained by the Democratic presidential vote percentage margin.

This week saw the GOP’s primary candidates square off in a debate in Des Moines Iowa. Well, all the candidates but one…

No Beltway blog roundup could be complete without an overview of how The Donald’s been making news this week:

On Monday, Daily Kos has the news that despite the pleas of Justice Breyer, the US Supreme Court has announced that they will not hear a case which challenges the death penalty on Eight Amendment grounds. The case centers on the claim that the death penalty is a form of cruel and unusual punishment.

Government, what’s it good for? Hit & Run this week looks at a new poll which finds that six out of ten Americans have little confidence that the federal government is able to fix problems. They say that the poll’s results could go some way towards explaining the populist appeal of candidates such as Donald Trump and Bernie Sanders. One part of the government that The American Prospect lacks confidence in is the ‘broken’ immigration system. They comment that the Obama administration’s practice of deporting undocumented immigrants while acknowledging they are fleeing violence in Central America is perpetuating a decades-old tradition of immigration policies which ignore the root causes of migration.

Last month the US Federal Reserve raised interest rates for the first time in seven years. Did they make a big mistake? Wonkblog says that the markets think they might have – selling stocks since the start of the year, and bondholders now worried that inflation is unlikely to hit the Fed’s 2 percent target over the next decade. They say that if the nascent does come to a premature end, then it will be because the Fed has once again underestimated how much it has already tightened monetary policy and overestimated the strength of the economy.

Moving on to Congress, Roll Call’s Hawkings Here looks at how an obscure legislative rider, enacted twenty years ago was used last week to end a fight between Congressional Republicans and Democrats over the Obama administration’s efforts to subject more waterways to environmental regulation.

Sick of gridlock in DC? Well apparently it’s your fault writes The Fix. They say that while most Americans say that they don’t like the fact that Congress can’t get much done, Congressional leaders are unlikely to get any blowback from voters for not trying to get along with one another. It turns out that a great deal of Americans don’t have much common ground with each other, either. 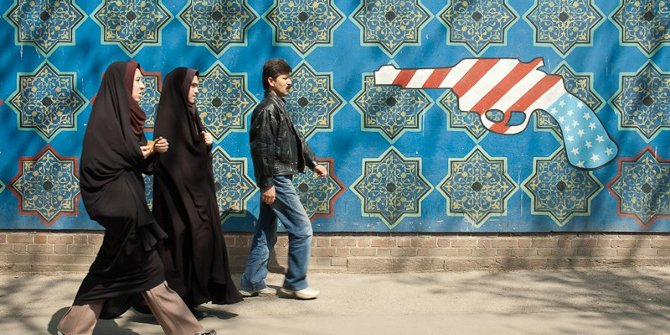 On Sunday, American Thinker looks back at the Iran deal, assessing it on the basis that Iran got some things and the US got some things as well. After doing the math, they reckon that Iran got the much better end of the deal, being able to test ballistic missiles, capture US sailors, sanctions relief, while the US had some of their prisoners released, people who they say should never have been in Iranian prisons to begin with.

Townhall says this week that by fast-tracking a war authorization, Congress is writing President Obama a blank check for war, at a time when it’s clear that Washington plans to expand its war in the Middle East. Talking of President Obama’s foreign policy, The Hill’s Congress blog wonders whether or not it suffers from what they call ‘Clinton syndrome’ – inaction and indecisiveness leading to often reluctant interventions.

Will foreign policy be a major issue in this year’s presidential election? Monkey Cage looks at what we know already and argues that while foreign policy is likely to only feature occasionally in the campaign, whoever voters choose will matter significantly for US foreign policy..

If a Republican does move into the White House next January, Monkey Cage has three easy ways that they could dismantle the Affordable Care Act, short of completely repealing it; tinkering with the ways that states expand Medicaid, changing insurance exchanges, and regulatory reform.

FiveThirtyEight looks at murder statistics for 2015, commenting that while more Americans were murdered last year than in 2014, whether or not the increase was a large one is disputed – some statistics show a 6 percent rise in the national murder rate, while others show a spike of 16 percent. They explain that part of the difference is likely down to higher murder rates in big cities compared to elsewhere.

On Tuesday The Atlantic examines why the population of undocumented immigrants in the US has been falling – it’s apparently now at its lowest level in a decade. They comment that the fall may be due to the decline in the US economy, or Mexico’s declining birth rate and improving economy.

This time last year many commentators had picked that the Common Core educational standards would become a major issue in this year’s election. While that doesn’t seem to have come to pass, The Federalist says that a new estimate shows that the program may cost the country $80 billion, despite rollout projections of $17 billion.