In many countries, public spending is often influenced by electoral considerations, such as using grants to ‘buy’ votes in swing districts, a practice which can often lead to inefficient spending. In response to concerns over such political influence, governments have designed quasi-autonomous organizations to implement intergovernmental grant programs in a politically neutral fashion. Using Infrastructure-Transport, a quasi-autonomous organization created by the Quebec government, as a case study, Kaddour Mehiriz finds that because of their close financial and administrative ties to the government, grant distribution in such organizations does not seem to be exempt from electoral politics.

Citizens of developed countries hope that public monies are used to respond to their needs and are spent with the principles of efficiency and equity. However, even democratically elected governments frequently seem to fail to meet these expectations. As suggested by a growing body of research on intergovernmental grant systems, a significant share of public spending is motivated by electoral politics, such as using grants to reward districts loyal to the parties in power or buy the votes of swing constituents.

As most of the work on intergovernmental grants has dealt with the decision making of federal governments, little is known about the influence of electoral politics on the allocation of grants by subnational governments to local governments, such as American states and Canadian provinces, and about the sensitivity of this practice to the administrative characteristics of the agencies in charge of the implementation of the grant programs. This is an important shortcoming of scholarship on fiscal federalism as, at least in Canada; provincial governments annually devote a significant share of their expenditures to help local governments to provide essential public services, such as the construction and maintenance of local roads, the provision of drinking water and household garbage collection and recycling. Canadian provinces also play a crucial role in the management of federal programs aimed at funding municipal infrastructure. The patterns of grant use by subnational governments are thus a key element for understanding the financial relationships between the levels of government in federal systems.

In new research, Richard Marceau and I tried to shed light on these relevant issues by first examining the influence of electoral considerations on the allocation of funds from a federal-provincial infrastructure grant program among Quebec municipalities. We find that, as is the case of federal governments, subnational governments cannot refrain themselves from using grants for electoral purposes. In a subsequent study, I pursued this line of research and examined the case of a quasi-autonomous organizations that was in charge of the implementation of the second component of this program and find that despite the organization’s design, which aimed for greater autonomy from the political branch of government, the way it distributed grants was not exempt from electoral politics.

The program in question is Canada-Quebec Infrastructure Works 2000 Program (CQIWP 2000), a joint initiative of the Governments of Canada and Quebec, in which the federal government assumed roughly one-third of the costs of infrastructure projects. The Government of Quebec and the municipalities contributed the remaining funds. Grants from the CQIWP 2000 were used to build and repair local drinking-water and wastewater infrastructure, local transportation infrastructure and to implement projects with economic, urban or regional impacts.

In the first study, Marceau and I examined the extent to which the allocation of the CQIWP 2000 grants favored the municipalities located in electoral districts held by the party in power, swing districts and districts represented by strong members of parliament, i.e. those holding ministerial offices or having more seniority. We find that in the Quebec government, politics matters when it comes to choosing which municipalities would receive funding. Specifically, a significant portion of the CQIWP 2000 grants seems to be distributed to electoral districts held by the governing party or by influential elected officials.

I then explored in the second study the extent to which the influence of electoral politics on the distribution of grants is sensitive to the organizational form of the agencies (in this case, quasi-autonomous organizations) in charge of the implementation of infrastructure grant programs.

The institutional design of quasi-autonomous organizations is supposed to give them greater autonomy vis-à-vis the political branch of the government as a means to enhance public sector performance. Indeed, their relations with the departments are managed through contracts that establish the obligations and rights of each party, as well as the procedures for settling disputes. They are also run by boards of directors that have members from outside the public service who are vested with enormous decision-making powers. These two characteristics are presumed to reinforce the political neutrality of quasi-autonomous organizations and mitigate the influence of electoral politics on their decision making.

I used data on the second component of CQIWP 2000 to test whether electoral considerations have an influence on the decisions of quasi-autonomous organization or not. The second component that is devoted to funding local transportation infrastructure projects was managed by Infrastructure-Transport, a quasi-autonomous organization created by the Quebec government. Contrary to expectations, our research indicates that grant distribution does not seem to be exempt from electoral politics. Municipalities represented by parliamentary members from the governing party or having more seniority as well as municipalities located in swing districts have a greater propensity to benefit from the second component of CQWIP 2000 funding than other municipalities.

The influence of elected officials on Infrastructures-Transport could be explained by the fact that this organization is not financially and administratively autonomous from the Quebec government. In fact, approximatively 80 percent of its budget comes from the second component of the CQIWP 2000. Furthermore, three out of the seven members of its board of directors are representatives from the Quebec Department of Transportation. The strong presence of this department’s appointees on the board of directors increases the vulnerability of Infrastructures-Transport to political pressures.

The results of this study raise two important policy concerns about the management of intergovernmental grant systems. Firstly, the influence of electoral tactics on grant allocation is a serious cause of inefficiency since a significant portion of public funds is allocated according to the political characteristics of constituencies rather than on objective standards such as population needs or the quality of infrastructure projects. Secondly, the delegation of responsibility to quasi-autonomous organizations does not seem to automatically shield the implementation of intergovernmental grant programs from electoral politics. Further research is therefore needed to identify public organizations’ institutional features that effectively contribute to alleviating the undue pressures of elected officials on the management of grant systems.

This article is based on the papers, ‘The Influence of Redistributive Politics on the Decision Making of Quasi-autonomous Organizations. The Case of Infrastructures-Transport (Quebec–Canada)’, in the Journal of Public Administration Research and Theory, and  ‘The politics of intergovernmental grants in Canada. The case of the Canada-Quebec Infrastructure Works 2000 Program’ in State and Local Government Review. 45(2): 73-85.

Kaddour Mehiriz – Institut national de la recherche scientifique, Quebec City, Canada
Kaddour Mehiriz is a research associate at the Institut national de la recherche scientifique. He holds a Ph.D in public administration and a master’s in program evaluation from the École nationale d’administration publique (Québec. Canada). He has carried out a number of evaluation projects in the fields of research and development, adaptation to climate change, health, education, technology transfer, and infrastructure. His research interests are focused on program evaluation, public policy analysis, fiscal federalism, knowledge transfer, and technological innovation. 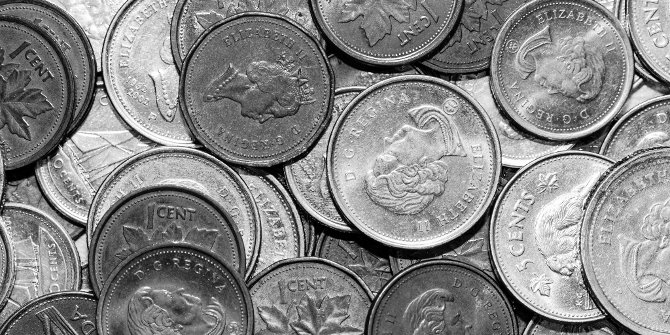