Differences in household income and other socioeconomic factors have been more important than subprime lending in explaining the growing gap in homeownership between blacks and whites.

Differences in household income and other socioeconomic factors have been more important than subprime lending in explaining the growing gap in homeownership between blacks and whites.

The consequences of the post 2006 housing bust disproportionately affected black households; rates of black homeownership are now 26 percentage points lower compared to whites. In new research, Kiat Ying Seah, Eric Fesselmeyer, and Kien T. Le examine some of the causes of this homeownership gap by focusing on socio-economic factors. They find that rather than being due to discrimination and subprime lending, the gap is mostly explained by changes in household income, whether the household earned dividend, interest, or rental income, and by marital status.

Mounting concerns that the housing bust precipitated wide disparities in households’ economic well-being along racial lines underscore the importance of understanding the changes in the determinants of the white-black homeownership gap from before and after the housing bust of 2006.  In new research using data from the American Community Survey, we analyze white-black homeownership gaps in 2005 and in 2011 and compare the changes in the determinants of these gaps in these two time periods.  We find that black households with a medium probability of homeownership have been the most adversely affected by the housing bust, and that the homeownership gap is mostly explained by the widening of the differences in observable socio-economic characteristics between black and white households, rather than the role of racial discrimination, and subprime and predatory lending to low income and minority households.

We believe that one should not only look at the average changes in the homeownership gap since what is happening at the mean could mask differential changes at the tails of the homeownership distribution.  Figure 1, which contains estimated homeownership probability by race, shows the vast differences in the likelihood of homeownership for black and white households in 2005 and 2011. 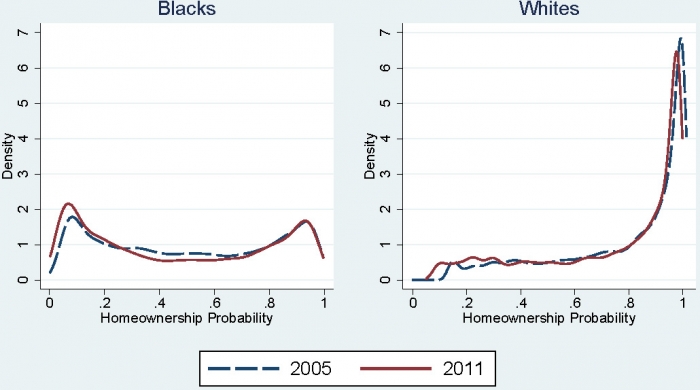 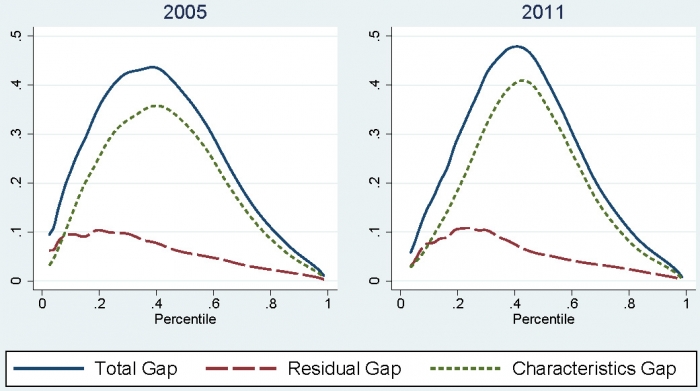 Figure 3 – Changes in the Homeownership Gap and its components. 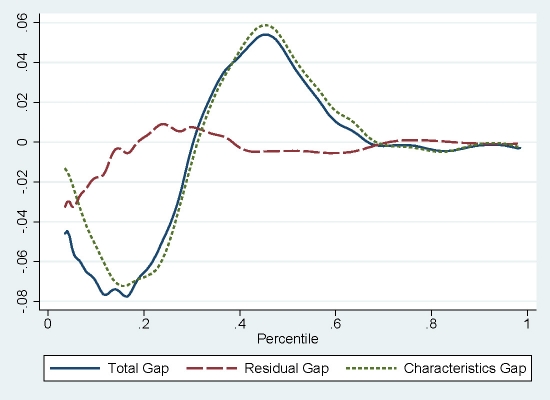 Numerous studies had drawn attention to the roles that subprime and predatory lending played in the disproportionate homeownership loss among low-income and minority households during the Great Recession. In our analysis, the effects of predatory lending, among other unobservable, racially-denominated factors (such as differences in credit history, credit access and discrimination in the housing markets) that effected a change in the homeownership gap, are captured in the changes of the residual gap.  A decrease in the residual gap from 2005 to 2011 below the 20th percentile indicates that these unobservable factors, delineated along the racial white-black line, have decreased in importance.

This article is based on the paper, ‘Estimating and decomposing changes in the White–Black homeownership gap from 2005 to 2011’, in Urban Studies.

Kien T. Le – Qatar University
Kien Trung Le is an associate professor at the Social and Economic Survey Research Institute (SESRI) Qatar University. He has numerous peer-reviewed articles and book chapters in applied economics and survey methodology. Before joining SESRI, he was a researcher at the Weldon Cooper Center for Public Service, University of Virginia.