In the space of a few short months Donald Trump has gone from the undisputed frontrunner of the Republican Party’s 2016 presidential primary race to a candidate who is facing being on the losing side of a contested convention in July. Despite leading in the national polls, Trump has consistently shown that he is unable to win enough delegates for him to be able to secure the GOP nomination. Ben Margulies argues that part of Trump’s current difficulties lie in his ‘populist’ strategy and ideology. He writes that Trump has not taken the delegate selection process seriously enough because he does not feel that it is legitimate, and that Trump likely feels that his populist attacks against the process are effective at increasing his support.

Donald Trump has won most of the battles, but may be losing the war. That’s the narrative emerging from several states as the Rube Goldberg machinery of the Republican nomination process cranks away, with no sign that Trump’s campaign has read the owner’s manual and can master its workings.

Before going further, a bit of explanation is in order. The rules for selecting delegates to party nomination conventions in the United States are far more complex, inconsistent and irrational than the Electoral College could ever hope to be. Each state party chooses its own system, which may involve voters choosing bound slates of delegates directly; choosing delegates to local or state conventions; or voters not choosing any delegates at all, the choice being left to party conventions or committees. These delegates arrive at the convention bound to vote for the candidate to whom they are pledged, or who won their state or congressional district, on at least the first ballot. But should that ballot fail to produce a majority for a nominee, then some of these delegates will become free agents, and that proportion increases with the number of failed ballots. Delegates assigned to withdrawn candidates (eg Marco Rubio) may also become free agents. Only a minority of delegates are chosen from slates selected by the candidates (about 15 percent, according to The New York Times; 10 percent, according to Five Thirty-Eight).

The evidence from recent conventions has shown that Trump’s populist campaign is badly suited to winning these insider contests. In Colorado, the great populist proved unable to organize the election of a single loyalist at the district- and state-level conventions in March and April. All 34 of the state’s convention delegates went to Ted Cruz, the Texas senator who has emerged as Trump’s chief orthodox rival. Cruz similarly dominated the North Dakota state convention. In South Carolina, Cruz supporters won three of the first six delegates elected at district conventions, even though Trump won the state (though the Cruz delegates will have to vote Trump on the first ballot).  As Reason, a libertarian-conservative magazine put it, “The results from Colorado show that Trump is an incompetent manager who, in the face of a complex but knowable organizational challenge, cannot even capably represent his own interests”.

It may simply be that the Trump campaign is incompetent. But Trump’s organizational weakness may reflect another label that commonly attaches to his name – “populist.”

What is populism? Definitions vary, but I favour Cas Mudde’s: “A thin-centred ideology that considers society to be ultimately separated into two homogenous and antagonistic groups, ‘the pure people’ and ‘the corrupt elite,’ and which argues that politics should be an expression of the volonté générale (general will) of the people” (Mudde paraphrases this a bit in the Guardian link). Because the people are homogenous, they only have one will, best expressed through direct democracy, and often through a single leader who can reflect their will back to them.

Two key features of populism come into play here. The first is its majoritarianism; since there are only one (legitimate) people with one legitimate will, populists and their supporters expect that will to carry the day in almost all situations. The other, related trait is that populism tends to dislike institutions that might check the popular will, or attempt to mediate it through deliberative bodies. In the context of the Republican Party, these would be county, state and national conventions, as well as the formal bodies of the party like the Republican National Committee, which Trump has attacked in the past and is attacking now. So it may be that Trump is neglecting these arcane delegate-selection processes not solely because he is disorganized or unserious, but also because at an ideological level, he does not believe in their legitimacy – or, at the very least, he feels that attacking them in a populist vein is more effective.

This explains – at least in part – Trump’s complaints that the nomination process is rigged against him. The Republican rules are not rigged against anyone specifically. However, from a populist standpoint, they are illegitimate because they do not ensure majority rule. Furthermore, populism rejects any interventions by the elite or those outside “the people” as illegitimate. Trump can easily portray the rules as elite tricks, and non-Trump voters as somehow outside the “pure people” that he represents. This sort of “exclusionary populism” is after all central to the way Trump’s mainly white, lower- and middle-class supporters perceive “the people.” Their worldview is already full of enemies, above and around them. And populists often construct “the people” as “their supporters.” In a book chapter on Mexican populist Andrés Manuel López Obrador, Kathleen Brühn pointed out that the leftist candidate refused to accept his defeat in the 2006 elections, despite the judgments of the federal electoral authority and electoral court, because “the people” could not have possibly picked the candidate of “the elites.”

All of this means that the Republican National Convention, which opens in Cleveland, Ohio on July 18th, may potentially see a clash between two forms of democratic legitimacy; the populist direct-democratic form championed by Trump, and the less majoritarian institutional one represented by the Republican Party (and, indeed, many institutions of American political life).

And how will that conflict play out?  Trump has darkly hinted that the Republican convention could see riots should he not be nominated. However, though the US has a long history of right-wing political violence, it is highly unlikely Trump could force the Republican Party to concede him the nomination in this way.

More likely is a third-party candidacy. Trump represents a sort of white nationalism which shaped democratic politics in the South from the advent of universal manhood suffrage. Historically, when this has collided with a major party (the Democratic, at that time), it has led to third-party candidacies (Strom Thurmond in 1948, and then George Wallace in 1968). But the white populists returned to the fold shortly thereafter (Wallace ran in the Democratic primaries in 1972, but was shot and left paralyzed during the campaign.) Given Trump’s anti-elitism and vocal condemnations of the Republican Party, this would seem a likely outcome; a secession in 2016, followed either by the Trump camp re-entering the GOP in 2020, or some attempt by the Republicans to win them back, perhaps by compromising the party elite’s neoliberal platform.

Whatever happens in Cleveland (and this is a city whose river once caught fire), Trump’s campaign has opened a wide split within the Republican coalition between upper-income groups wedded to an unyielding free-market fundamentalism and a lower-income groups desperate for economic protection and the reaffirmation of traditional hierarchies. This rift has proven beyond the ability of Europe’s leading mainstream conservatives to heal; on present form, it is hard to see the Republican establishment faring much better.

Posted In: 2016 Presidential Election | Ben Margulies | Elections and party politics across the US 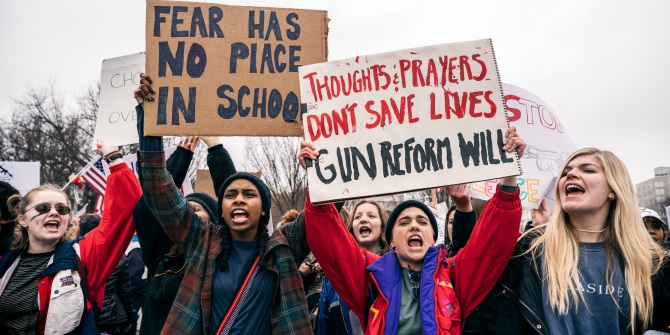 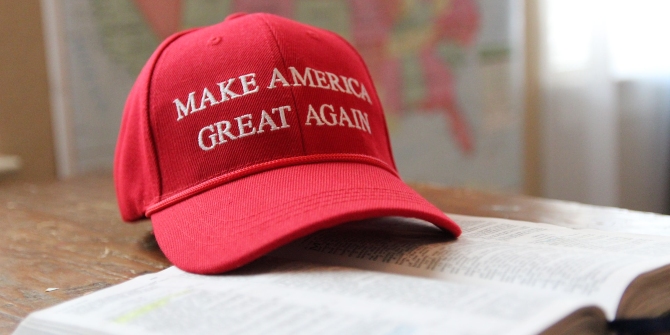 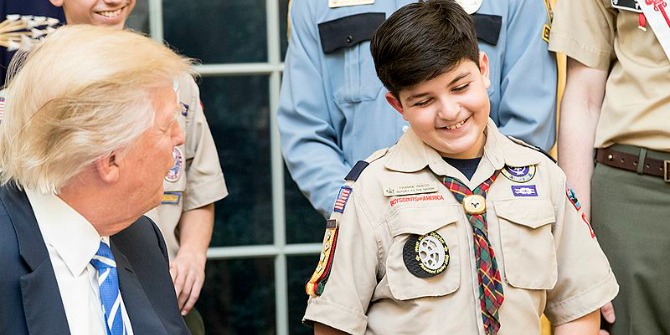