Gentrification is proving to be a double-edged sword; for some it can improve neighborhoods by making them safer and more attractive for residents. But the settlement of once poor neighborhoods by the middle classes can also drive lower-income families out. In new research, Brenna Keatinge examines how gentrification has shaped the neighborhood of New Toronto. She finds that gentrifiers can be economic and cultural agents who actively seek to define their neighborhoods in ways that spur on further commercial gentrification.

Gentrification is a growing issue in many cities across North America, influencing what many now identify as a national housing crisis in the United States and in Canada. Housing markets and the displacement of existing low-income populations are often front-and-centre in discussions of gentrification, and with good reason. But as low-income neighbourhoods increasingly transition from spaces of production to middle class consumption, understanding the relationship between consumption practices and gentrification is also important. Studies of residential gentrification are considerably more numerous than its commercial counterpart. However, the public nature of business districts can encourage more positive views of commercial than residential gentrification, despite the fact that both forms reflect power struggles between old and new residents and are prone to displacing impacts. While there is some excellent recent work on retail gentrification, much remains unknown about the relationship between residential and commercial gentrification, and their interrelated and politically contested presence in cities.

With this in mind, in a recent study of a gentrifying neighbourhood in Toronto, Canada, I investigate the role of residential gentrifiers in actively shaping the character of commercial districts in gentrifying neighbourhoods. This research is based on in-depth qualitative interviews with middle class gentrifiers who moved into the neighbourhood within the previous decade, were white and mostly of European descent, and typically married with children. My research shows that gentrifiers can act as cultural and economic agents who influence local place branding by inviting middle class consumption practices into local spaces while blocking those associated with existing, often blue-collar, local identities. Place branding entails a process of disaffiliation or “othering” – the tendency for a group to define their own identity in contrast with that of another group – that is expressed in both social and spatial ways, and that separates the outsiders from the purported insiders of the community. Neighbourhood rebranding can stimulate local financial investment and consequently has the power to advance local commercial gentrification. In some cases, gentrifiers may actively participate in fuelling future gentrification in their neighbourhoods.

Toronto is an excellent city in which to undertake a study of gentrification. The city is growing at a faster pace than other Canadian cities, and it faces significant future development challenges with a projected 2 million additional residents (above a current population of 2.6 million) by 2020. This growth has impacted a mounting affordable housing crisis, and gentrification is increasingly common in many areas of the city. In recent years Toronto has seen significant municipal and provincial investment into the downtown core, while divestment has characterized the parts of the city between the urban and suburban areas. As a result, housing prices in this “in-between” city are comparatively low, and with its proximity to downtown, first-time homebuyers are moving in and driving up the real estate market. Gentrification has now begun to take hold in many of these historically blue-collar areas of the city.

The inner suburb of New Toronto, the site of this research, shows these trends. While it was historically an important manufacturing locale, deindustrialization fuelled its degradation in the latter decades of the 20th century. The neighbourhood has shown early signs of gentrification over the last decade, but the development has been mostly residential in character while the local business district retains a divested quality and poor reputation. New Toronto is an interesting location for a study of the relationship between residential and commercial gentrification, as these two forces have moved at different speeds in the area.

When I undertook this research several years ago, many of the gentrifying residents of New Toronto expressed to me their disappointment at the degraded quality of the local business district and the extent to which it contrasted with their expectations of the neighbourhood as revitalizing and family-friendly. This disappointment turned to anxiety and outrage when a strip club announced its opening in the local business district, causing a stir in the community and extensive local and city media coverage. The opening of the strip club confirmed that the blue-collar character of the local business district did not fit with the gentrifiers’ expectations of the area. Indeed, the strip club embodied the problematic character of the commercial area, and it became the nexus of a variety of spatial and social boundaries that divided the insiders from the outsiders in the neighbourhood. The gentrifiers told me, for instance, that only residents who lived in a particular area of the neighbourhood that was inhabited mostly by older and more blue-collar residents would patronize the club, and repetitively expressed their outrage at the location of the club near retirement homes, residences, and schools.

The announcement of the opening of the strip club spurred on a local social movement led by the gentrifiers that encompassed both legal and political strategies to shut down the strip club. These tactics included a protest, a petition, and the involvement of the local city councillor. When those strategies failed to block the opening of the club, however, the residents turned to non-legal tactics to enact their local place brand. These included a campaign to rebrand the neighbourhood with banners on lampposts that highlighted the family-friendliness of the neighbourhood as a place to “Live, Play, and Work,” and a business district festival designed to encourage residents and non-residents alike to appreciate and shop in the local business district. These strategies expressed the residents’ aspiration to define the proper uses of the public spaces of their neighbourhood for productive and ‘respectable’ behaviours, and were intended primarily to advance the ‘family friendly’ brand of the neighbourhood. In doing so, the residents also sought to define New Toronto as a local destination that would encourage commercial investment into the local business district, potentially spurring on future gentrification in the area.

While the role of the “hipster” in gentrification is of recent interest, research also shows that second wave gentrification is led by the middle class, highlighting a return to the city by middle class families. In such cases, when met with less-than-ideal local conditions that don’t fit their middle class identities or consumption practices, gentrifiers often have the power to actively shape their surroundings. The connection between neighbourhood residents and place branding underlines the dynamic function of gentrifiers, and not only artists and municipal marketers, in processes of gentrification.

North American cities have become primarily places of consumption. This means that cultivating attraction to local commercial spaces may be increasingly necessary for continued neighbourhood growth. However, ensuring that growth happens in ways that are inclusive of new and old and new residents in both commercial and residential neighbourhood spaces continues to be essential.

This article is based on the paper, ‘A ‘Bedford Falls’ kind of place: Neighbourhood branding and commercial revitalisation in processes of gentrification in Toronto, Ontario’, in Urban Studies.

Brenna Keatinge – University of Toronto
Brenna Keatinge is a PhD Candidate at the Centre for Criminology and Sociolegal Studies at the University of Toronto. Her dissertation focuses on the urban land politics of commercial urban farming on vacant land in the inner city in Boston. She is also interested in gentrification processes, and has been conducting a study of single-room occupancy hotels as private market social housing in San Francisco, New York and Vancouver. 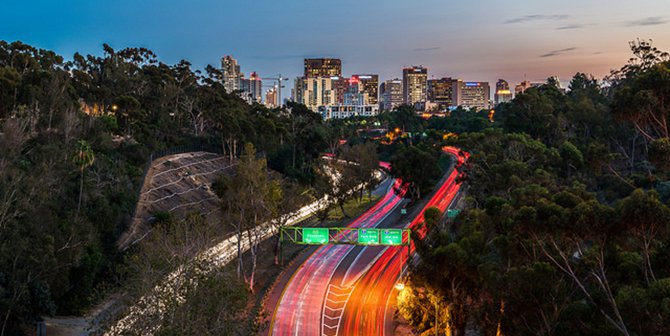 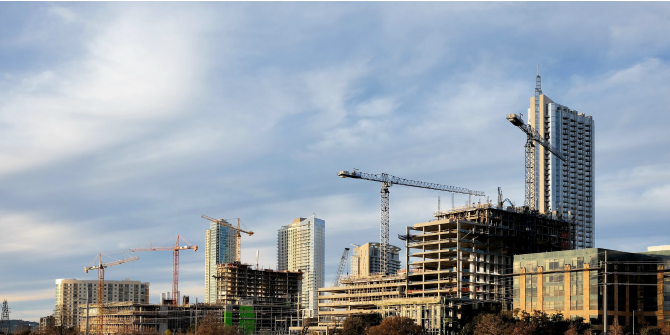 Policymakers must understand the risks to local governments of sharing the production of services with other governments. 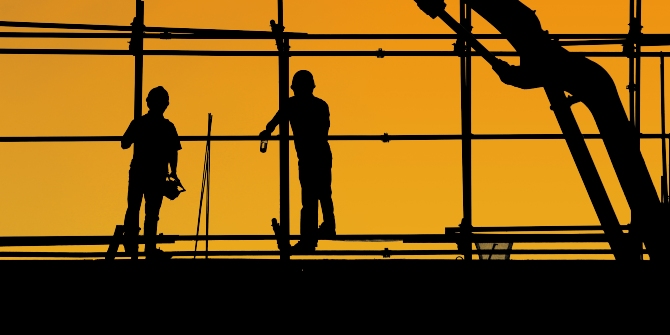 We cannot build our way out of inequality