The proliferation of streetcar projects in US cities is one of the most significant transportation developments of recent years, yet little is known about the factors that contribute to streetcar ridership or whether these factors differ from those related to light rail use. Using statistical models, Luis Enrique Ramos-Santiago and Jeffrey Brown examine differences in the factors related to ridership on US streetcar and light rail systems. They find that there are important differences in the role that service characteristics, and socioeconomic and land use factors have on streetcars versus light-rail ridership, suggesting that the two modes of transport serve distinct rider markets within the metropolitan transportation network.

Streetcars – also known as trams – have returned to many cities in the United States, and dozens of cities are contemplating making their own streetcar investments (see Table 1). Yet, few scholars have examined the factors associated with riders’ use of streetcars, or determined whether these factors might be different from those associated with use of light rail, which is the transit mode most closely related to streetcars. In new research we investigate the resurgence of streetcars in many American cities, and find that streetcars and light rail services tend to cater to different travel markets. 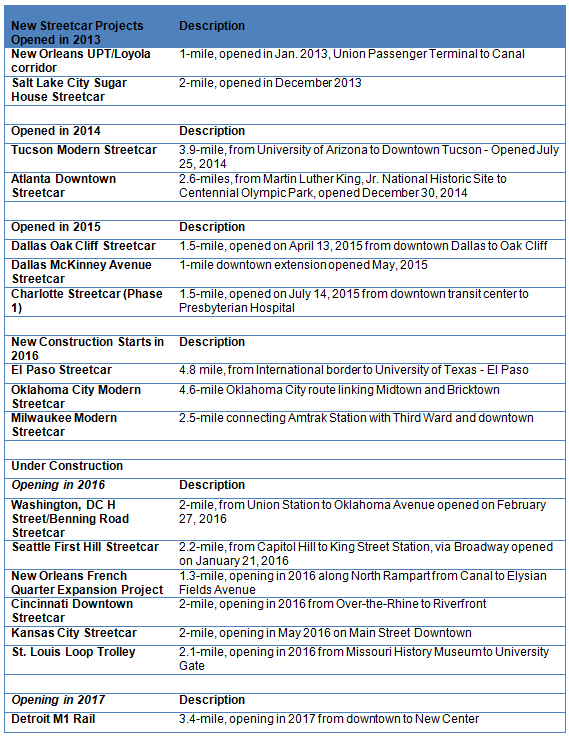 Based on a review of international transportation literature, we identified eleven variables to include in our models, in three broad categories; transit service level, socioeconomic characteristics of the nearby population and local land-use and built environment. 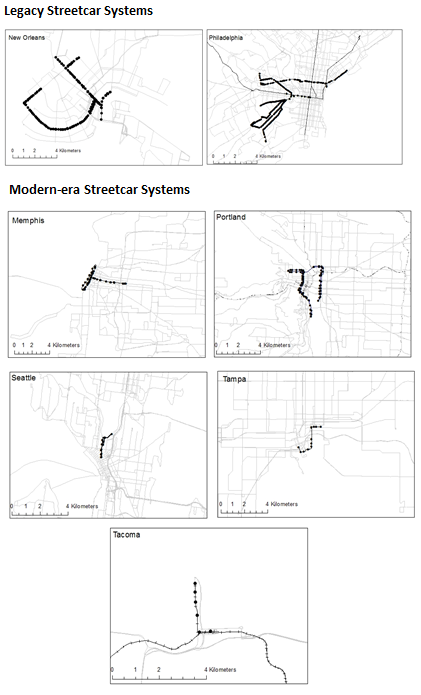 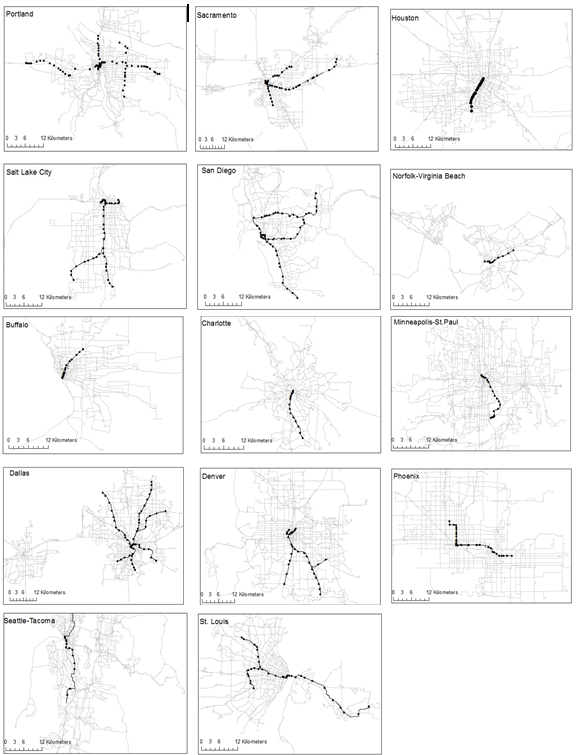 The results of our model show that some factors that are positive and significant for station-level light-rail ridership, such as service frequency, job density, and level of connectivity to the local bus network, are neither positive nor significant for stop-level streetcar ridership. On the other hand the significance of special activity centers, such as tourism districts, hotels, convention centers, university campuses, hospital complexes, and the like for streetcar stop-level ridership is not shared for light-rail ridership.

The set of factors associated with light rail boardings suggest that light rail services are used by a more utilitarian rider market – those going to work – while those factors associated with modern streetcars in the US suggest greater use by people trying to reach tourism and special activity center-related destinations. These findings suggest that the modes serve different functions and cater distinct travel markets within their respective metropolitan transportation networks.

Given that some supporters argue that streetcars are a more economical (cost-effective) alternative to light-rail; that modern-era streetcars register weaker transportation performance indicators as compared to the average bus service in the same areas; and that downtown development and image-making / marketing objectives overshadow transportation goals in most modern-era streetcar cases recently evaluated in US cities decision-makers considering streetcar and/or light-rail investments should carefully consider their modal options vis-a-vis their communities’  transportation needs, goals, objectives, and resources.

As currently planned and operated in the US these two transit modes are not substitutes for the other. Land-use and transportation planners should take into consideration the distinct set of factors that influence station-level ridership for each mode during the projects’ conceptual, planning, and operational phases and work within an interdisciplinary framework to advance more effective and efficient transit systems.

This article is based on the paper, ‘A comparative assessment of the factors associated with station-level streetcar versus light rail transit ridership in the United States’, in Urban Studies.