Over 1.6 million young people are homeless in the US, an alternative that for many is one of last resort to escape abuse and conflict at home. With homelessness often linked to depression and substance misuse, how can we improve the situation of young people who find themselves in this position? Using a sample of homeless youth in Austin, Denver and Los Angeles, Stephanie Begun examines at the importance of social connectedness (how close one feels to the social world of others) and self-efficacy (an individual’s perception of the difficulty of performing a task or behaving in a certain way) to homeless youth. She finds that while greater social connectedness among homeless youth was linked to lower rates of depression and substance misuse, higher rates of self-efficacy was not.

In the United States, approximately 1.6 million individuals under the age of 21 are homeless or unstably housed at any given time. For many, they are homeless only as a final alternative, the “last resort” means of escaping known abuse, trauma, and conflict experienced in their homes of origin. Given the complexity of life situations and events faced by homeless young people, often inflicted by their parents or caregivers, it is perhaps not surprising that this group displays some of the highest rates of meeting criteria for depressive and/or substance use disorders.

Two intervention constructs, social connectedness and self-efficacy, have been studied for their promising potential to improve youths’ adverse social-emotional outcomes. Social connectedness is conceptualized as a subjective sense of how close one feels in his or her relationship with the social world. Social connectedness has been linked to both psychological well-being and other improved health outcomes among youth populations. This idea of “belongingness” has often been incorporated into interventions that foster peer-to-peer affiliation to improve adolescent self-esteem, facilitate friendship, and reduce stress. Such interventions have focused on making improvements to individuals’ surrounding social environments, rather than focusing on perceived deficits within individuals. Although not widely studied among homeless youth, social connectedness has been identified as a protective factor in the reduction of health risks in the general population.

Other intervention strategies, however, have alternatively focused on the concept of self-efficacy, which is an individual’s perception of the ease or difficulty of performing a given task and/or subscribing to a particular behavior. Rather than focusing on individuals’ surrounding environments and social relationships, self-efficacy based approaches are interested in improving individuals’ beliefs that they have control over their behavioral choices and environments, as well as modifying intentions toward healthier choices. Self-efficacy is a critical component of the seminal social cognitive theory, which poses self-efficacy as the core foundation of human behavior and agency. Unless people believe that their actions will yield desired outcomes, they have little incentive to engage in that behavior. Research demonstrates that an enduring perception of self-efficacy mitigates detrimental consequences by helping people cope more effectively, thereby alleviating stress and anxiety, reducing their sense of helplessness, and helping them establish healthier relationships. While under-examined in the context of homeless youth, research has noted that self-efficacy was the single most compelling predictor of homeless youths’ service-seeking intentions and the only significant predictor of demonstrating positive behavior within shelter-based milieu.

The efficient identification of effective interventions for use within homeless youth populations is of utmost and urgent importance. Not only do homeless youth exhibit alarming health disparities in comparison to their housed counterparts, but homeless youth service providers (e.g., shelters, drop-in centers, case management services) are increasingly resource-strapped, particularly in terms of time, money, and personnel for administering programs and services. As such, we examined the comparative effects of social connectedness and self-efficacy on meeting criteria for major depressive disorder, substance use disorder, and the co-occurrence of both disorders, among a sample of 601 service-seeking homeless youth in Austin, Denver, and Los Angeles.

Thinking “bigger picture,” identifying potentially effective intervention targets could not only improve mental health for a large group of vulnerable youth, but also result in safety and cost-saving benefits to society as a whole, as healthier homeless youth require less treatment and intensive services. Whether preventive or treatment oriented, interventions should be developed and tested that integrate aspects of connecting homeless youth to supportive others and bolstering their beliefs in their own abilities to address problems in their lives.

Apart from intervention development, components of social connection and self-efficacy might be integrated into existing evidence-based programs utilized in homeless youth services and tested for their effects. Although efforts to disrupt depressive and substance use disorders may begin to integrate social bridging components and self-efficacy skills, there may be greater utility in stabilizing transient youth in conjunction with enhancing their social connectedness, as time, funding, and service-provision resources are increasingly scarce. Accordingly, these findings may offer promising directions to providing supports and skills to help homeless youth succeed and lead healthier lives.

This article is based on the paper, ‘Social Connectedness, Self-Efficacy, and Mental Health Outcomes Among Homeless Youth’, in Youth & Society.

Stephanie Begun – University of Denver
Stephanie Begun is a Ph.D. candidate at the University of Denver Graduate School of Social Work. Her dissertation research focuses on reproductive and sexual health attitudes and decision-making among homeless youth, and how youths’ social networks, perceptions of social norms, and sources of social support may serve as risk/protective factors in youths’ engagement in sexual behaviors. More broadly, she seeks to investigate opportunities by which prevention science, policy, and community-based participatory research may work in tandem to positively impact family planning access and reproductive health outcomes for all populations. 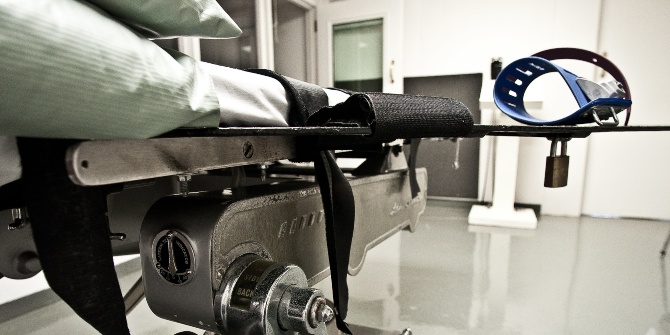 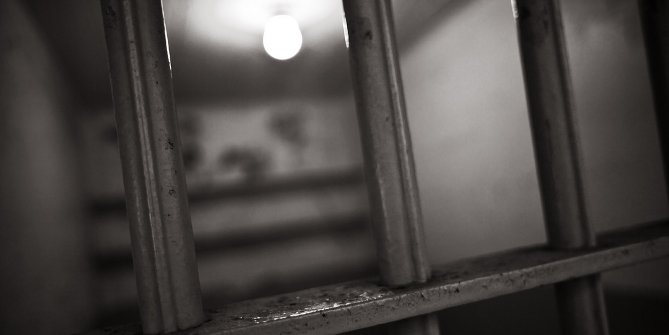 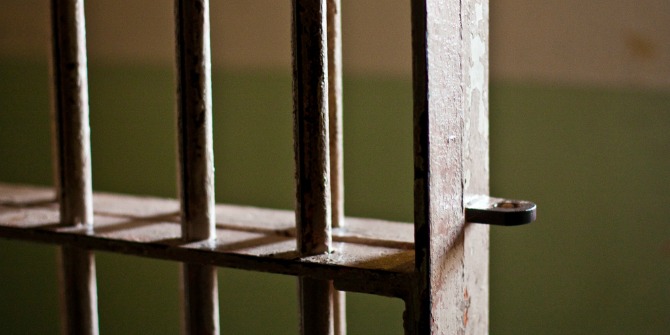 Children’s life chances are hurt when their parents are sent to prison.