Emerging in dialogue with a ‘thought exhibition’ held earlier in 2016, Reset Modernity!, edited by Bruno Latour, brings together nearly sixty contributors to ponder the capacity to ‘reset’ the terms and instruments of modernity in light of the most pressing contemporary issues and challenges. While she would have welcomed a more diverse array of voices to contribute to its project, Mari Valdur praises this valuable collection of scholarly and artistic meditations as a methodologically exciting and inspiring philosophical endeavour. 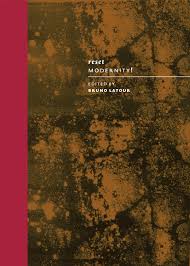 Reset Modernity! is an important extension to Bruno Latour’s most recent An Inquiry into Modes of Existence – or AIME – project. The volume is an edited and extended print version of an exhibition that was held in Karlsruhe from April to August 2016, bringing together the works of more than fifty academics and artists. Taking up and contributing to the debates on modernity and AIME, this book borders philosophy, art, sociology, anthropology and intellectual activism.

Latour is one of the world’s leading contemporary thinkers, having authored a number of seminal works such as Laboratory Life (1979), We Have Never Been Modern (1993) and Reassembling the Social (2005). Reset Modernity! is more than a collection on a shared topic – it in fact operates on the current verge of Latour’s thought.

AIME builds on Latour’s earlier actor-network theory to establish ‘an implicit pluralism in what we call “modes of existence” even though moderns (a conceptual rather than a geographic delineation) would be adamant in claiming that there exist only two types of entities: objects and subjects’ (543). While actor-network theory showed the heterogeneity of associations, AIME moves on to branch different sets of values into fifteen different ‘modes’. These ‘modes’ bring together very different ‘truths’, but can be recognised by their ability to maintain values and clash with others:

subject, object, cause, effect, etc.: it no longer depends on the nature of being, but on their shared position in a process of differentiation – that is, in the course of a difference to be made, which is the minimal definition of both action and meaning (481).

The modes proposed by AIME include more or less familiar ontologies to the ‘modern’, such as [REP] for ‘reproduction’, standing for the process though which the existence of entities is prolonged without delimiting these entities nor the means by which this is achieved; [POL] for ‘politics’, referring to the ways of formation of limited or bordered groups of entities that recognise themselves as such; and [REF] for ‘reference’, underlying the generation of knowledge about affairs that stand distant, the knowledge created though such processes that is measurable and verifiable. The latter – knowledge as a mode – is fundamental to the AIME project (544). 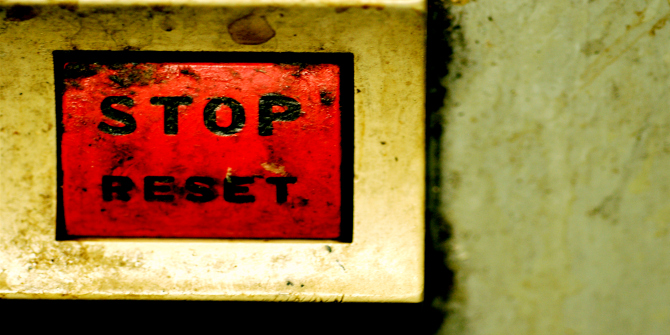 The modes are explained in depth in Latour’s previous book, An Inquiry into Modes of Existence (2013), as well as on AIME’s complicated digital platform, which is designed to allow comments and contributions yet is heavily managed, not to mention technologically and intellectually unobtainable to many of us, whether we consider ourselves ‘modern’ according to Latour’s definition or not. There are few things more dangerous and disturbing than democratically disguised production of knowledge that is in fact heavily mediated – a hegemonic project. Perhaps Reset Modernity!’s holistic relevance is greatest in compensating for this shortcoming.

This volume feeds the need for ‘a set of simple resetting protocols, just a series of seven procedures – to see where it leads, what it allows, what it permits us to document’ (21). These seven modes are taken up in Reset Modernity!, where Latour provides tools for reorganising and resetting modernity: ‘to cure the moderns of their lack of space, and of their status as refugees without proper dwelling’, as Michael Cuntz puts it (218).

The volume is therefore organised into seven chapter or procedures, each of which ‘should allow us to register an experience that was hard to record before’ (305). The first three largely aim to relocate the ‘modern’ from gazing at the global – a nowhere of subject-object connections and the ‘natural’ world – to a place of many entities. Here, Lesley Green asks in ‘Calculemus Jasus Lalandii: Accounting for South African Lobster’ whether there could be ways to understand the West Rock lobsters or J. lalandii’s collective responses to certain ocean conditions beyond the mathematical and the ecological, both of which have fallen short in interpreting and predicting J. lalandii’s behaviour. The lobster is fished, protected, researched, dropped back to the sea by helicopter when dying in the sun …  Green shows us the absolute collapse of ‘nature’, ‘politics’, ‘economy’ and ‘science’ in what she calls ‘the ongoing political drama of ecological regime shift as enacted by J. lalandii’ (149). In these first chapters there are also a number of contributors engaging with different forms of art, such as Joseph Leo Koerner, who delves into the landscapes of the painter Caspar David Friedrich with a particular focus on Large Enclosure.

After having set us free of our delimiting ‘globe’, as well as having familiarised us with the overall project, the next four procedures look more thoroughly at the different crossings and content of the fifteen modes proposed by AIME. Although the authors’ critical engagement with AIME is consistent throughout the volume, it is most apparent and direct in Terrence Blake’s ‘De-Briefing AIME Project: A Participant Perspective’, which takes up the project’s interwoven methodological and theoretical problematics. Besides many relevant points that I agree with from my brief attempt at engaging with AIME’s digital platform, Blake discusses Latour’s approach to religion. He finds this and the fact that religion is set up as a separate mode reductionist, accusing Latour of having made up his mind that religion ‘is not a question of belief at all, not a question of reference to the physical world, but one of a transformative message’ without empirical work (471). This question is also granted attention in Graham Harman’s ‘A New Occasionalism?’, where Harman suggests occasionalist thinkers submit to one or both of the following theses: ‘(a) entities cannot affect each other directly, so that God is the only medium for all relation; and (b) entities cannot endure for more than an instant, but must be continuously recreated by God’ (129). He moves on to discuss religion in relation to modes of representation and reference, finding Latour an occasionalist who is yet operating with smaller gaps between entities than thinkers before him.

As with the modes discussed, the contributions enable virtually endless combinations of complementary approaches: depending on the reader’s interest and focus, very different dialogues may arise. Although Latour’s commentary runs throughout the volume, providing directions ahead of each procedure, the most valuable contribution of this book lies in the short meditations of the authors who engage with myriad topics, all linking to the debates around modernity and, most importantly, AIME, infiltrating Latour’s work with exciting perceptions and commentary. The multi- and interdisciplinary approach of the essays and synergies between these make it methodologically an exciting endeavour.

However, there are a few disappointing underlying conditions to the important task of resetting modernity. An Inquiry into Modes of Existence puts forward a protagonist, a young female ethnologist who engages with actor-network theory to develop it into AIME. While this is the case, of the 58 contributors to Reset Modernity!, only eleven are women; of the 47 contributions – not counting Latour’s introductions to each chapter – only four are first-authored by women. The majority of the contributors have been brought up, lived and worked in the Western parts of Europe. With the important task of resetting our perception, it is alarming that the tools and means for this are provided through such imbalance.

Latour as an anthropologist has worked with and within only a very limited part of society, making his whole project about those who are directly able to engage with or contribute to his thought. The ‘modern’ is taken up as a complicated term by a number of contributors; while Latour draws no lines in his definitions, his ‘modern’ belongs to the intellectual elite. The majority, if not totality, of the authors engage with the artistic or intellectual output of others, making this particular reader miss the plurality of voices of those ‘moderns’ unrepresented in their adaption to and sense-making of now.

Nevertheless, this is a valuable interdisciplinary volume for all those who would like to engage with the current work of Latour and who would be curious to see those brief, personally and disciplinarily embedded intellectual exhibitions. This volume is an exceptional collection of scholarly and artistic meditations that would suffer from being forced under a singular denominator. The whole is indeed less than its parts. Taking each contribution in its own right, Reset Modernity! is a great source for thought.