During this year’s election campaign, Donald Trump promised at his rallies that we would be hearing ‘Merry Christmas’ once again were he to be elected. Now that Trump is set to move into the White House next month, David Kyle Johnson writes that Trump leading his troops into a ‘War on Christmas’ could be a very dangerous thing indeed—both for those seen as waging a war on Christmas and for freedom of speech itself.

With all the focus on Donald Trump’s transition to the presidency, I was hoping we might actually get a Christmas miracle and make it all the way through an entire Christmas season without hearing about the (so called) “War on Christmas.” After all, who could get upset about a red Starbucks cup when Donald Trump is appointing a climate change denier to head the EPA? Unfortunately my wish didn’t come true; indeed, my Christmas miracle was thwarted by the Donald himself. While campaigning in Wisconsin, Trump promised that we’d be hearing “Merry Christmas” again if he were elected. During his “Thank You Tour” (i.e., self-indulgent victory lap) he returned to Wisconsin to do just that. Flanked by Christmas trees, seemingly standing at his side like Secret-Service agents, he said,

This shot across the bow in the supposed war on Christmas may seem innocuous enough—and it likely is—but if the likes of Trump start leading the troops, The War on Christmas could turn into a very dangerous thing.

The idea that liberals are waging a war on Christmas was invented by Fox News’s Bill O’Reilly and John Gibson in 2005. O’Reilly complained about Walmart greeters saying “Happy Holidays” and John Gibson published The War on Christmas: How the Liberal Plot to Ban the Sacred Christian Holiday is Worse than You Thought. But the notion that there is a war on Christmas is nothing new. In 1959, during the “red scare,” it was the communists; the John Birch society claimed that “one of the techniques now being applied by the Reds to weaken the pillar of religion in our country is the drive to take Christ out of Christmas.” In 1920, Henry Ford (founder of Ford motors) said that the Jews were attacking Christmas in his anti-Semitic tract “The International Jew.” Of course none of this was true; even O’Reilly’s and Gibson’s complaints were either exaggerated or fabricated. (For example, inclusive Walmart greetings were merely encouraged and no school ever banned the colors red and green.) Claiming that one group is waging a war on Christmas is just an extremely convenient way to vilify or demonize that group.

But this is why the notion that there is a war on Christmas could be so dangerous in Trump’s hands. Appealing to fear and demonizing “the other” is Trump’s raison d’être. The main purpose of almost every one of his campaign rally speeches was to stoke fears—fears about Mexican immigration and crime and about Islamic terrorism. And his campaign promises capitalized on it—the ban on Muslim immigration, a Muslim registry, the border wall, a nation-wide (in black neighborhoods) stop and frisk campaign …I could go on and on.

And he did so mainly by just flat out lying. Mexican immigration is actually on the decline, and most illegal immigration is a result of people overstaying their visas (thus a border wall will do nothing to stop it). Crime is not worse where illegal immmigration is higher, and in general crime is on the decline in America. And you are more likely to be killed by being struck by lightning than by Islamic terrorism. Of course this is no surprise; according to Politifact, around 70 percent of what Trump said during his campaign was some version of a lie. But when it’s done to demonize others, it’s especially dangerous—and that is exactly what the false claim that there is a “liberal” war on Christmas does.

We can actually see every element of the Trump approach in what he said to Wisconsin voters before the election:

Remember the expression ‘Merry Christmas’? You don’t see it anymore! You’re going to see it if I get elected, I can tell you right now.

He thinks “Merry Christmas” is a phrase you have to remember because it’s not seen anymore? Well, maybe not in September when he spoke those words, but if anyone doesn’t see and hear “Merry Christmas” about a million times between Thanksgiving and New Year’s, they’re just not paying attention. Just like he does with everything else, Trump is creating the impression that there is a problem when in fact there is none—and creating the impression that he is the only one who can fix it. If he’s president, you’re going to see Merry Christmas everywhere!

Now that conditional is true—but only because you’d see it everywhere regardless. Of course, you will also see “Happy Holidays,” but that phrase has been around for more than 100 years; it’s not part of some newly hatched liberal plot. It’s just shorthand for “have a great Thanksgiving, a merry Christmas and a happy new year.” Of course, some might use it if they are not sure the person they are speaking to celebrates Christmas—but what’s wrong with that? I wouldn’t wish a happy Father’s Day to someone unless I knew they were a father; why would I wish someone a Merry Christmas unless I was relatively sure they celebrated Christmas?

If saying Happy Holidays is some kind of problem, Trump is as guilty as everyone else. Just like O’Reilly (who was selling Happy Holiday merchandise on his website at the same he was complaining about the phrase), Trump has wished many a person “Happy Holidays” through Twitter, and through The Trump Hotel Collection on Tumblr. The hypocrisy is so thick you could cut it with a knife.

So is the irony. Trump’s son-in-law is Jewish—and so is his daughter Ivanka, who converted at age 27. Does Trump, one wonders, wish them a Merry Christmas? If so, I wouldn’t object. As I point out in my book, The Myths that Stole Christmas, Christmas is not a Christian holiday. It did not originate from Christianity nor has it ever been celebrated primarily in a Christian way. Thus, not only should no one be offended by the phrase “Merry Christmas”—it is not particularly religious—but anyone should feel free to celebrate however they want (if they so choose). But still, it would seem a little …well, rude I guess—to wish someone a Merry Christmas when you know they don’t celebrate Christmas. It’s almost like saying “I know you don’t celebrate…but you should.” To avoid such rudeness would seem to merely be a matter of courtesy.

Still, what’s dangerous about Trump’s stance on the war on Christmas isn’t the fact that he’s encouraging people to say Merry Christmas – that’s fairly innocuous. As I see it, in the same way Christians shouldn’t be offended by ‘Happy Holidays,” no one else should be offended by “Merry Christmas.” What is dangerous is the attitude and assumptions that lay behind his stance. Not only is he demonizing “the other”—those dirty liberals who say Happy Holidays to be more inclusive—but for Trump, that desire to be inclusive is a symptom of political correctness…and political correctness is an enemy of the truth. Trump’s lack of political correctness is why Trumpeters say he “tells it like it is” (even though most of what he is saying is demonstrably false).

This is worrisome because in his efforts to combat political correctness, Trump could end up threatening the very thing he thinks political correctness stifles: freedom of speech. What if Trump tries to somehow to make saying “Merry Christmas” mandatory? Now I know that sounds crazy and/or unconstitutional—but so is just about everything else Trump has proposed: the wall, the Muslim ban, his kids running his business while he’s president, not releasing his tax returns to establish no conflict of interest, him using the office of the president to enrich himself, etc. etc. After all, look at what he said in Michigan at another “Thank You Rally.”

Be honest. He’s said burning the flag should make you lose your citizenship. Would you really be that surprised if he proposed a law to fine stores that don’t say “Merry Christmas”? Indeed, Trump is already setting himself up to wage a war on free speech by promising to “open up” our federal libel laws (surprise, there are none) so that he can sue the “dishonest press” for lying about him (i.e., printing his own words in context).

This is ironic because Trump “opening up libel laws” would essentially just create a new kind of political correctness—one that is enforced by law (not merely social convention) where criticizing Trump is off limits. This is also very worrisome because freedom of speech (which is defended wholly and entirely by the First Amendment) is sacrosanct; indeed, according to J.S. Mill, freedom of speech is the greatest protector of truth. But what makes this downright frightening is that, according to Holocaust historian Timothy Snyder, this is only one of many ways that Trump’s rise to power mirrors Hitler’s. Hitler coined the phrase “lügenpresse” (the lying press), and the suppression of the press was one of the main ways Hitler was able to hide his true intentions and crimes. Indeed, a convention of Neo-Nazi’s were recently recorded equating Trump’s vilification of the press with Hitler’s, and shouting “Hail Trump” to the traditional Nazi salute.

Now I’m not saying that Trump is the next Hitler. (After all, other dictators have also suppressed the freedom of speech—Putin, Stalin, the North Korean Kim family—maybe he’s more like them.) I will say that we’d be foolish to ignore the warning signs of the past, both when it comes to freedom of speech, and when it comes to people claiming that “others” are waging a War on Christmas. 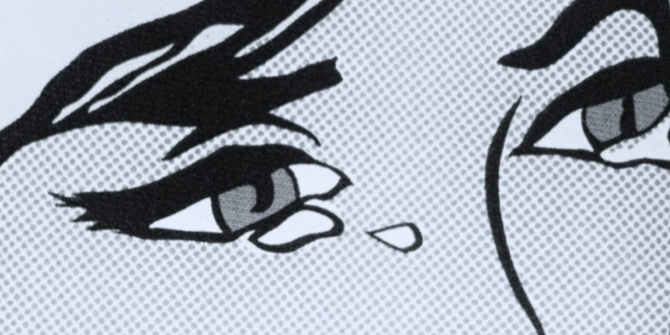 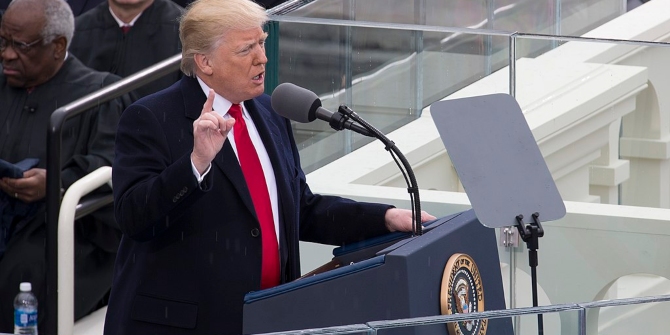 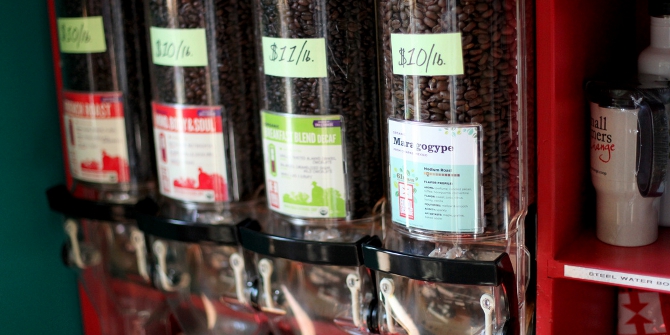 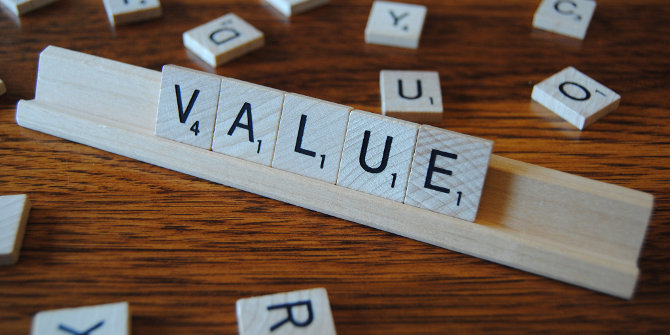