As Inauguration Day fast approaches, Donald Trump has revealed few details about his plans, stymying efforts to forecast his presidency. Aaron Slodounik argues for a new way to predict Trump’s intent: examine his written and verbal statements as a dataset using the same method that was applied to Hillary Clinton’s emails. Watchdog groups and others researchers will likely find a pattern of malice against identity groups, which is illegal, he writes, since the First Amendment does not protect “actual malice”—as defined by the Supreme Court—or bias.

In my research into a group of masterful suggesters, the French Symbolists, I’ve learned that by paying attention to patterns of data we can make implicit meaning explicit. For the chief theoretician of the group, Stéphane Mallarmé, implicit communication was a beautiful craft. In the work of his disciple—and focus of my research—the painter Paul Gauguin, when we shine an x-ray onto his seemingly spontaneous canvases, we see evidence of the handiwork beneath the surface that is in fact carefully pre-planned.

We needn’t possess x-ray vision to expose Trump’s anti-civil-rights campaign. We’ll simply treat Trump’s written and verbal texts as a dataset. At present, because we view each data point in isolation, his many mishandlings of knowledge may seem to be merely anecdotal evidence of wrongdoing. Instead, we should do as any graduate student is advised: consider the artist’s whole “oeuvre” (his life’s work) and look for patterns. 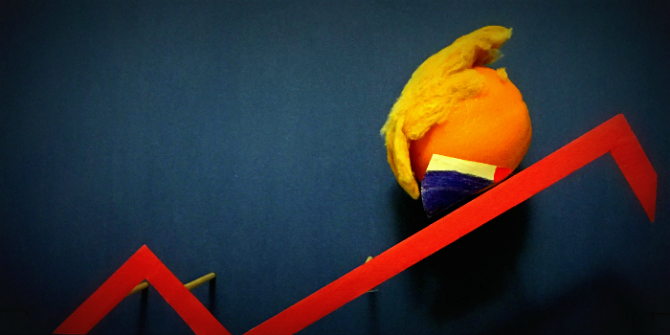 We’ll determine if Trump’s longstanding habit of making false statements is malicious by examining them against the criteria for actual malice established by the Supreme Court’s New York Times v. Sullivan. That ruling, the result of the civil rights struggles of the 1960s, defines the malicious statement as one made “with knowledge that it was false or with reckless disregard of whether it was false or not.” (Although the First Amendment protects our right to make a false statement here or there, it does not support a malice habit.)

This is exactly the research method that the government used in its exhaustive examination of Hilary Clinton’s emails. To determine if any were classified, researchers compared the text of each against a different criterion in order to see if the means of distribution (via a private server) put the public at risk.

Malice directed at identity groups is termed bias, and it is illegal according to the Civil Rights Act of 1964. In considering the president-elect’s outpourings, we must exercise our First Amendment right to ask: did Trump et al. conspire to violate Americans’ civil rights? Unlike Trump’s baseless conspiracy theories of voter fraud, the rationale for our methodical inquiry lies in the patterns present in the preliminary data that we’ve all seen. Our question also uses the legal definition of conspiracy, which makes even covert violations of our civil rights by two or more individuals a crime. (While we’re at it, we might want to finally listen to Jon Stewart and also pose our question to the oeuvres of Fox News and its cousin, Breitbart News.)

At the moment, the malice criteria protect the civil rights of individuals and groups who seek to speak truth to power. After four African-American ministers became signatories to the advertisement “Heed Their Rising Voices” in The New York Times in 1960, the police commissioner of Montgomery, Alabama, saw factual errors and claimed libel. In response, the Supreme Court required evidence of a pattern—to act as a check against those who seek groundless intimidation.

When those in power use lies to threaten our liberties, the government, watchdog groups, and private individuals should be allowed to make the malice criteria part of their offensive strategies. If we suspect that media is being wielded against Americans’ civil rights through falsehood and/or discriminatory harassment, we should protect those in harm’s way by using the criteria, rather than defer to the privilege or authority of those who seek harm.

The government should heed its own precedent of prosecuting those who have a pattern of making and/or distributing malicious content. It does so proactively and with vigor when it suspects that children are being harmed and exploited. As a victim himself of Trump’s racist lies and tirades, President Obama, in particular, should prank Trump with chutzpah equal to his final comedic routine at the White House Correspondent’s Dinner, and give us one last mic drop of resounding thud.

We need to expand the legal application of the malice criteria. Big data can likewise prove a powerful tool. With little time remaining, active analysis and creative muster of our own rights may be our only hope of cancelling Trump’s loathsome routine. Twitter might not act to suspend his user account, but we can and we should.

This article is published with an Attribution/No derivatives Creative Commons license.

Aaron Slodounik – CUNY Graduate Center
Aaron Slodounik (@aaronslodounik) is a Doctoral Candidate in the Ph.D. Program in Art History at The Graduate Center of The City University of New York, where he has earned a certificate in Women’s Studies and is writing a dissertation entitled “The Painter and his Poets: Paul Gauguin and Interartistic Exchange”.

January 3rd, 2017|Aaron Slodounik, Democracy and culture, Elections and party politics across the US|2 Comments
Previous post Next post