In Capital Without Borders: Wealth Managers and the One Percent, Brooke Harrington offers an in-depth look into the work of wealth management professionals who ensure that the ‘one percent’ keep getting richer. Drawing on interviews and Harrington’s own experiences of a wealth management training programme, Sin Yee Koh finds this a well-researched and clearly written ethnographic study that focuses attention on a key industry behind the continuation of global inequality.

In recent years, we have seen a plethora of books on wealth, inequality, the super-rich and the ‘one percent’ (e.g. Dorling 2014; Forrest et al 2017; Piketty 2014). Research tells us that we are living in an era of ‘extreme inequality’: in 2014, the richest one per cent of the world owned 48 per cent of the global wealth (Oxfam 2015); by 2015, the richest 62 individuals had the same wealth as 3.6 billion people (Oxfam 2016); and in 2016, the eight richest individuals hold the same wealth as the poorest 50 per cent of the world’s population (Oxfam 2017). As a response to rapidly rising inequality, we have seen protests (e.g. Occupy Wall Street) and public criticisms of the wealthy and the super-rich (CNN 2014; Unite 2014).

However, as Brooke Harrington argues in Capital Without Borders: Wealth Managers and the One Percent, little attention has been paid to the people who make the rich rich. While there have been critical accounts of offshore tax havens (Palan et al 2010; Shaxson 2011), these earlier works have not explicitly shone the spotlight on wealth managers per se. As Harrington observes: ‘the offshore system is of course not self-managing: it is manipulated, directly and indirectly, by actors such as elite professionals’ (294). It is only recently – with coverage of the leaked Panama Papers and the 1MDB controversy, for example – that we can begin to understand the intimate relationships between global financial scandals, the intricacies of the offshore system and the creative tactics used by legal and financial professionals to orchestrate these projects. These recent exposés, however, are only the tip of the iceberg.

Riding on this shift towards increasing awareness of the roles played by wealth managers and intermediaries of the super-rich (The Guardian 2016), Capital Without Borders offers an in-depth look into the wealth management profession. Harrington uses what she calls ‘immersion ethnography’ to research an industry that is not easily accessible to outsiders since it shrouds itself under high levels of privacy and confidentiality (see also Karen Ho’s 2009 ethnography of Wall Street). Her methodology involves enrolling in a two-year wealth management training programme, where she immersed herself in the ethos, techniques and vocabularies of her study subjects. Between 2008 and 2015, Harrington ‘follow[ed] the money’ (274), interviewing 65 wealth management professionals in 22 locations, spread across eighteen countries.

The book is very clearly written, avoiding unnecessary and complicated jargon. The simple and clear narrative is effective in unravelling the complex world of wealth managers and their clients for readers who may not be familiar with the world of the one percent. The select and clever use of figures and tables also helps to explain more complex ideas. For example, Figure 4.2 on page 190 clearly illustrates how assets are strategically structured under companies, trusts and foundations in order to protect clients against ‘the many forces of dissipation’ (277), such as economic downturn, political change and divorce.

Overall, the book is also logically organised, explaining the historical evolution of the profession (Chapter Two), relationships with clients (Chapter Three) and wealth management strategies (Chapter Four), before broadening out to socio-political issues of inequality (Chapter Five) and the implications for national borders and states (Chapter Six). The concluding chapter, which I highly recommend, discusses insights on broader socio-political issues such as ‘inequality, the family, globalization, the professionalization process, and state authority’ (272-73), gained from an in-depth understanding of the wealth management industry.

What struck me most in reading this book is the respondents’ understanding of their role and profession on a broader scale. Instead of viewing themselves as expert professionals who preserve and grow their clients’ wealth portfolio, many of them ‘saw themselves as playing a vital and very positive role in the economic development of former colonies’ (257). This is best exemplified in the following quote by a wealth manager based in Hong Kong:

Without our profession, there wouldn’t be the large pools of capital available to fuel economic development. So many of us, if not all, see our work as primarily about helping people – not just our clients, but more generally by helping maintain capital flows for investment and economic growth. But we can’t get this message out effectively. We have, by the nature of our work, cultivated privacy and discretion, so the profession is totally unprepared to respond to the claims being made about us and about the industry […] We cannot win publicly, let’s face it (257-58).

While this discourse sounds convincing and perfectly legitimises the work of wealth managers, it sits uncomfortably with the problematic consequences of the profession. These include capital flight, inequity in resource and wealth distribution, the de facto ‘economic colonisation’ of developing states, the concentration of economic and political powers in the hands of a select group of transnational elites, the undermining of national sovereignty and the increasing erosion of state powers to protect the interests of the masses.

This is a thoroughly researched, carefully thought out and comprehensively indexed book. By tracing the development of the wealth industry ‘from voluntary work undertaken by friends and kinsmen into a thriving form of expert power’ (294) and detailing ‘the workings of agency in producing larger patterns of stratification’ (274), this is an important work for our increasingly unequal world. Instead of uncritically blaming the wealthy and the super-rich or national and state governments, it is high time to focus our attention on the brokers, intermediaries and agents who constitute the ‘middleman economy‘ of global inequality. 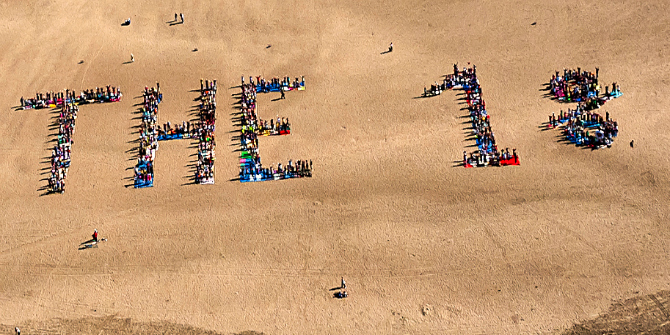