Segregation is not a thing of the past for young people of color in the US; many attend under-resourced and segregated school districts. Despite these disadvantages, America’s leaders tell young people of color that they can achieve the “American Dream” via hard work and determination. In new research, David T. Lardier Jr., Kathryn G. Herr, Veronica R. Barrios, Pauline Garcia-Reid and Robert J. Reid argue that despite the evidence that shows that there is an acute lack of opportunity for many young people of color, many accept that their fates rise and fall based on their own effort and self-determination.

As we move into the 63rd year of the Brown v. Board of Education decision, the United States continues to remain a highly segregated country. Many of the black and brown youth living in urban communities attend under-resourced and segregated school districts. For instance, in 2016, the Department of Education Office of Civil Rights indicated that only about 33 percent of black and Hispanic students in the US were offered high-level math and science courses, compared to their white-counterparts (56 percent). Despite overt segregation and the presence of apartheid schools, the spirit of the American Dream and the belief that working hard and self-determination will lead to upward mobility is widely disseminated and embraced by US leaders. Take, for example, a comment offered by former-President Barack Obama,

Such statements, while empowering, fail to consider structural inequalities present within the US educational system, and the reality that the country “quits” on its urban youth via educational opportunities that continually disadvantage them. Commonly, youth from underresourced urban spaces, who are caught in a web of oppressive systems, perceive that they are solely responsible for “making it,” and that with hard work and self-determination they will succeed beyond the confines of the system the US has created for them.

We, in the US, often enjoy holding up those individuals who are the “exception to the rule,” or the story of the occasional person born poor, and, despite this reality, triumphed to achieve the American Dream! These stories are sown into the fabric of the country’s narrative. Yet, we find in out new research that those who are socially isolated from US resources are often relegated to a space where they are poor and jobless, with this attributed to their own shortcomings and inadequacies.

Meritocracy and the Narrative of the American Dream: A Distortion of Educational Access for Youth of Color

Meritocracy is defined as: (a) individuals’ abilities to succeed on the basis of their individual aptitudes and actions; (b) success is based on moral virtue; and (c) equal opportunity applies to all regardless of origin or social identity. Given this definition, it is believed that individuals earn rewards based solely on their abilities and efforts. Yet, these ideas are premised on the belief that the US offers an open system for economic and social mobility, despite evidence indicating that few manage this type of movement. This fallacy is particularly detrimental to urban youth of color, as meritocracy hides many structural inequalities under the belief of “naturally occuring aptitude.”

For urban youth of color in the US, the majority of educational instutions differ drastically in quality and infrastructure, compared to wealthier school districts. While these overt structural differences are quite apparent, social, political, and historical differences are less obvious and, consequently, hide educational disparities and disadvantages that hinder educational success beyond high school. Without an alternative explanation through which to view their school experiences, youth internalize a script of individualized failure. Lacking counter-narratives that push against this deficit framing, urban youth internalize the dominant discourse that education may be a pathway to higher wages and improved life circumstances; yet, their ability to marshal the necessary resources to meet these expectations (attend higher education, receive higher wages, and improve their life circumstances) is compromised and largely out of reach.

In our study, we engaged 85 urban youth of color from a northeastern United States urban community. We focused on the Western ideas of individual merit and that access to social resources serves as a mechanism of privilege. Transference of social resources to succeed in higher education are contingent on youth meeting and maintaining elements specific to the dominant group that teachers, and others in power, recognize as familiar and valuable such as the presence of financial resources, use of non-slang vocabulary and English as one’s primary spoken language, and parents who actively advocate on behalf of their children. However, the social resources of urban youth often go unrecognized. Unfortunately, urban youth do not often see the strands of social resources supporting more affluent youth, nor recognize narratives of self-reliance for the romanticized renderings of individualism and meritocracy that they are. If they do recognize these strands resources they may be unsure how to access them for themselves. As a result, they imagine themselves as the exceptions to the rule, succeeding by pulling themselves up by their own bootstraps.

Limits of Community Capital and the Contradiction of Exceptionality

Youth in the study were astute at reading, recognizing, and negotiating their often dangerous neighborhood context. While youth articulated an ability to be both savvy navigators of their world, which was a source of pride (understandably), as well as visualize themselves as “resilient” individuals, they did not see additional forms of assistance coming from anyone, beyond perhaps their mothers (at times) or peers. Teachers were viewed as “not too encouraging” and only teaching at their school “to get a check.” When asked about their life-futures, youth conveyed they could only rely on himself or herself, and that that they would be the exceptions to what they saw around them: “I know I am going to college . . . because I know I’m getting out of here in a few more years.” They visualized education as the way out of their community, even if it meant doing this alone.

Although youth did not describe ties to supportive or important relationships, or their school, their intention to pursue higher education as the pathway “out” of their communities, to success, or to being the exception persisted. This was expressed despite overwhelming evidence that few of the youth in the community actually went to or completed any form of higher education. They overwhemingly embraced meritocractic US narratives that success was “on them”, to “set a goal”, and make their futures happen.  While they acknowledged “there aren’t many Obamas,” they most often discussed success as their individual responsibility, while not necessarily articulating how to pursue their goal of attending college. They accepted that their fates rose and fell based on their own effort and self-determination, essentially espousing a familiar refrain from the American Dream.

How do we in the US begin to provide more resources and support to our most vulnerable youth?

In the US, education plays a primary role in the bootstrapping ethos of meritocracy, and our youth clearly absorbed that message. Whereas, middle- and upper-class adolescents rely on informal and formal social resources to faciliate a successful transition to higher education, urban youth are devoid of access to these same resources. Our youth saw themselves as exceptions to what they saw around them. This narrative of exceptionality, however, leaves unaddressed the myriad of disadvantages in under-resourced communities and obscures the reality that very few urban adolescents beat the odds and successfully pursue and achieve higher education.

While this discussion is critical of the larger US social and educational system, it does offer important information and implications to bridge youth of color with successful futures. Our work calls to action teachers, youth-workers, social workers, therapists, administrators, political officials, advocates, and others to make changes and advocate for an equal, desegregated educational system. Adults are urged to provide empowering social partnerships in the form of resource(full) relationships and activities with youth that will allow them to critically read, navigate, and advocate for a desegregated US educational system, and in-turn begin transforming their own educational success.

David T. Lardier Jr – University of New Mexico
David T. Lardier Jr. is an Assistant Professor in the Department of Individual, Family, and Community Education, Family and Child Studies Program, at the University of New Mexico in Albuquerque, New Mexico. Dr. Lardier’s research interests focus on youth and community empowerment; the mechanisms through which youth can be involved in research and policy change as both activists and actors of social change; the fit/lack of fit between diverse youth and educational institutions; and adolescent behavior in professional counseling. Recent publications authored and co-authored by Dr. Lardier have appeared in the Sociological Focus, Journal of Ethnicity and Substance Abuse, and the Journal of LGBT Issues in Counseling.

Pauline Garcia-Reid – Montclair State University
Pauline Garcia-Reid is an associate professor in Family Science and Human Development, with an affiliate appointment in the Center for Child Advocacy and Policy at Montclair State University, Montclair, NJ. Dr. Garcia-Reid’s research interests include youth substance use and violence prevention, social justice and advocacy within a culturally-grounded social work lens, and practice and research with racial and ethnic minority children and families. Dr. Garcia-Reid is also the Co-Primary Investigator (Co-PI) on two federally funded prevention-intervention grants, funded through the Substance Abuse and Mental Health Services Administration (SAMHSA). 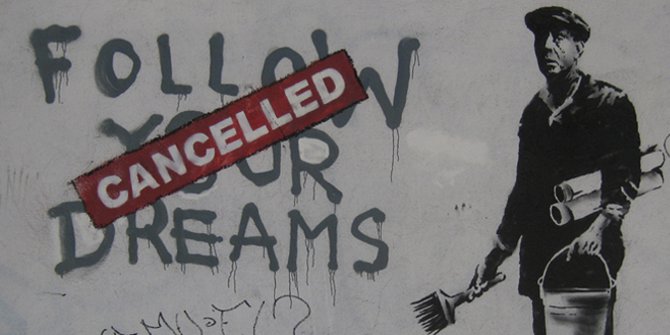