Minnesota Senator Al Franken recently announced that he would resign his US Senate seat following accusations of past sexual misconduct. Avram Muñoz writes that Franken’s resignation has complicated politics in the North Star State, where Republicans’ influence has been on the rise in recent years. He comments that the appointment of Lieutenant Governor Tina Smith to Franken’s Senate seat by Governor Mark Dayton may threaten the state GOP’s Senate majority, and make it more difficult for the Democratic Party to retain the state’s governorship in 2018.

When Senator Al Franken (D-MN) announced on December 7, 2017 that he would be resigning from his US Senate seat “in the coming weeks” due to multiple accusations of sexual misconduct, many in Minnesota and Washington, D.C. were surprised. Here is a senator who was once thought of as a credible threat to Trump in the 2020 election, resigning from office halfway through his second term of office.

Franken’s resignation certainly has implications on the political environment in Washington, D.C. But in the immediate term, it will have deeper implications at the state level at a time when Minnesota is trending more towards the middle of the political spectrum than the solid-blue perception many have held of the state in previous years.

Minnesota’s politics are now uncertain. The GOP has the opportunity to achieve a nearly unified government if its candidate wins the governorship and the GOP holds on to its House majority. Even without a clear majority in the Senate, this would create opportunities for the GOP to pursue its own legislative priorities without fearing a potential veto. However, the Democratic-Farmer-Labor (DFL) Party may manage to hold on to the governorship, increasing the chances of a state legislature defined by gridlock and partisanship. What is certain, though, is that the fallout from Franken’s resignation significantly complicates predictions about the direction of Minnesota politics in 2018 and beyond.

Ideologically speaking, the state of Minnesota is often described as liberal and progressive, a stronghold of the Democratic Party that has not voted for a Republican presidential candidate since Nixon in 1972. In the last five presidential elections, the average margin of victory for the Democratic candidate in Minnesota has been a healthy 14.2 percent. However the margin of victory for Hillary Clinton in 2016 was only 1.5 percent, an indication that Republican ideals have gained a stronger foothold in the state over the last eight years.

These trends show a state that is not as clearly divided as many people think. While Klobuchar has been exceptionally successful at getting reelected and has high approval ratings, she seems to be the exception rather than the norm. Adding in another statewide race to the November general election—which already includes votes for governor, attorney general, and secretary of state—gives the GOP the chance to build on gains made in 2016.

In 2016 the Republican Party gained control of both chambers of the Minnesota state legislature, creating a divided government with Governor Mark Dayton of the Democratic-Farmer-Labor (DFL) Party. This divide has already led to drama in the state, with a legal challenge to Dayton’s line-item veto power—exercised by Dayton on the proposed budgets of the Republican-led House and Senate—that was decided in Dayton’s favor by the Minnesota Supreme Court.

Dayton is in poor health though, having been previously diagnosed with prostate cancer and collapsing during his state of the state address in January 2017. In light of his health issues, Dayton has announced that he does not plan to run for reelection in 2018, opening up an opportunity for a Republican to reclaim the governorship after eight years of Democratic control. Given that Dayton only won reelection in 2014 by 5.6 percent–and with the recent margins in Minnesota’s statewide elections—a Republican victory is not all that improbable.

Dayton’s decision to appoint Lieutenant Governor Tina Smith to fill Franken’s seat until the 2018 special election further complicates the political situation in Minnesota. The GOP holds a slim 34-32 majority in the state Senate pending a special election to replace a DFL senator; it is likely that the seat will stay in the DFL’s control, shrinking the GOP majority to 34-33. Furthermore, by state law the Lieutenant Governor vacancy must be filled by the current President of the Senate, in this case Michelle Fischbach of the GOP; without Fischbach, the GOP loses its majority in the state Senate while simultaneously trying to maintain its House majority in the 2018 elections.

Franken’s resignation, though, muddies the path to a DFL victory in the gubernatorial race. Where the DFL at first only had to field a strong nominee for the governorship, the Party now has to decide whom to run in the special election. Tina Smith has already said that she will run in the election rather than be a caretaker for the next eleven months; however, some who are considering running for governor may now decide to run for Franken’s senate seat, simultaneously diminishing the possible pool of gubernatorial candidates for the DFL and boosting the prospects of the GOP candidate.

Franken’s resignation and Smith’s appointment will also have some impact in Washington, though not in terms of legislative activity. Smith is just as liberal as Franken, if not more so, and is unlikely to break ranks with the Democratic Party on key votes. Smith’s appointment also will not shrink the GOP majority, which stands at 51-49 after the surprise election of Doug Jones in Alabama last week.

Where the impact of Franken’s resignation will be most felt is in the November 2018 special election. In a rarity in the United States, both senate seats in one state are up for grabs in the same year. Klobuchar is widely considered a lock for reelection; the race for Franken’s seat is less clear, with political analyst Larry Sabato rating the race “leans Democrat”. This is notable not because there is a high chance of the GOP losing its majority—of eight GOP seats up for grabs, only three are rated less than “safely Republican”—but because the Democratic Party may lose ground. In all, 23 Democratic senators are up for reelection, and the races for those running in states carried by Trump in 2016—most notably Claire McCaskill in Missouri, Joe Manchin in West Virginia, and Joe Donnelly in Indiana—are rated as tossups.

Gridlock for Minnesota and continued partisanship for the US Senate

Al Franken’s resignation has sent shockwaves through the political landscape, both in Minnesota and in Washington. This has amplified a sense of political uncertainty in Minnesota, and raises the possibility of the Republican Party both turning the state legislature completely red and strengthening its majority in the US Senate. Such developments raise the prospect of legislative gridlock in Minnesota, and the chance that the US Senate will continue to operate along the strictest of partisan divides.

Avram Muñoz – University of Minnesota
Avram Muñoz is a PhD Candidate at the University of Minnesota. His research draws on theories of identity and representation to better understand how race affects the status of racial minorities in American politics. His dissertation focuses on the role of the Congressional Hispanic Caucus in increasing the political voice of Latinos in the US Congress.

Posted In: Avram Muñoz | Elections and party politics across the US 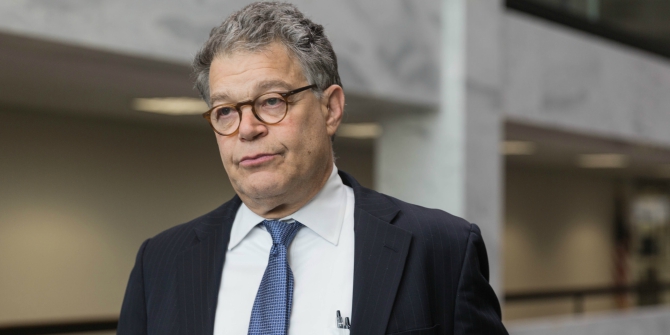 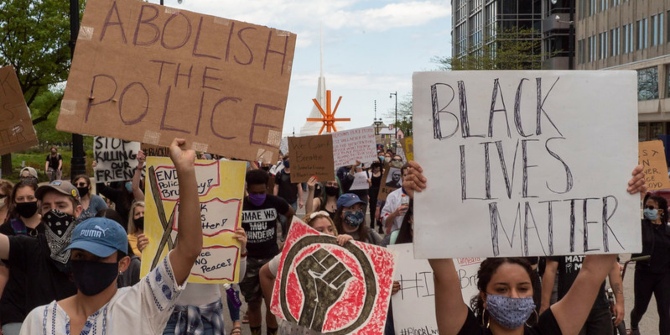