Extreme polarisation is not persistent over time; people are more likely to react to specific events or news, writes Maria Molina-Domene.

Social media facilitates communication and an appealing question is whether citizens use it to endorse or criticize the government. I investigate individuals’ potential polarisation about President Trump, as reflected in his personal Twitter account. In this context, polarisation relates to expressing positive or negative judgements through social media.

The reach of social media is not trivial. Users use it to interact, communicate and collaborate but also scrutinise behaviours and show endorsement or disapproval. Among the most popular social media sites, Facebook and Twitter have around 2.07 billion and 330 million monthly active users, respectively.

Social media can amplify peer effects in political views and potentially exacerbate polarisation. The evidence so far goes in different directions. Some authors like Gabler (2016) suggest social media can create echo-chambers and foster polarisation or segmentation: the like-minded find one another and tend to cluster around their views. He argues social media can be divisive and even undermine democracy.

Boxell and others (2017) work with the U.S. American National Election Study and rule out the straightforward link between the growth in political polarisation to the internet and social media. These authors find that the growth in polarisation is largest for the demographic groups least likely to use the internet and social media. Instead, working with Twitter, Barbera (2015) argue that social media usage promotes political moderation and decreases political polarisation, due to the exposure to more diverse opinions. In practice, he finds that the average Twitter user who follows at least one political account becomes slightly more moderate.

Interestingly, President Trump is an assiduous user of social media who joined Twitter in 2009 and currently counts over 40 million followers. Mr Trump changed the way a president communicates with the public. Now, do users who address posts to the president’s account reveal polarisation?

I work with a collection of real-time random tweets, containing the handle @realDonaldTrump. These are tweets specifically sent to the president’s user name, regardless of who posted it (followers and non-followers of President Trump) from November 2016 to October 2017 (around 50,000 posts) using the streaming Twitter Application Programming Interface (API).

The analysis focuses on Twitter user’s attitude or reactions to the president’s feed, remarks and performance. The empirical strategy is to gather all tweets submitted within a month. Aided by text mining and natural language processing techniques, I organise and parse unstructured text present in Twitter posts. This involves counting the number of words and pre-processing tweets according to English language rules, removing stop words or words that appear too frequently (e.g. @realDonaldTrump, the official U.S. Presidential Twitter account @POTUS, etc.). 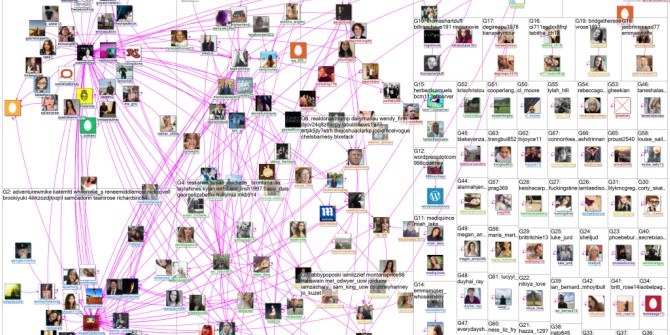 Next, I perform Sentiment Analysis (Feuerriegel and Proellochs, 2017), which allows me to disentangle the potential polarity in Twitter posts by labelling words present in tweets as positive, negative or neutral and compute a measure of sentiment. This entails distinguishing words that reflect endorsement or rejection to the president’s performance based on rules given by three different dictionaries: the psychological general-purpose dictionary developed at Harvard (GI), the Henry’s finance-specific dictionary (HE) and the Loughran-McDonald (LM) financial dictionary. 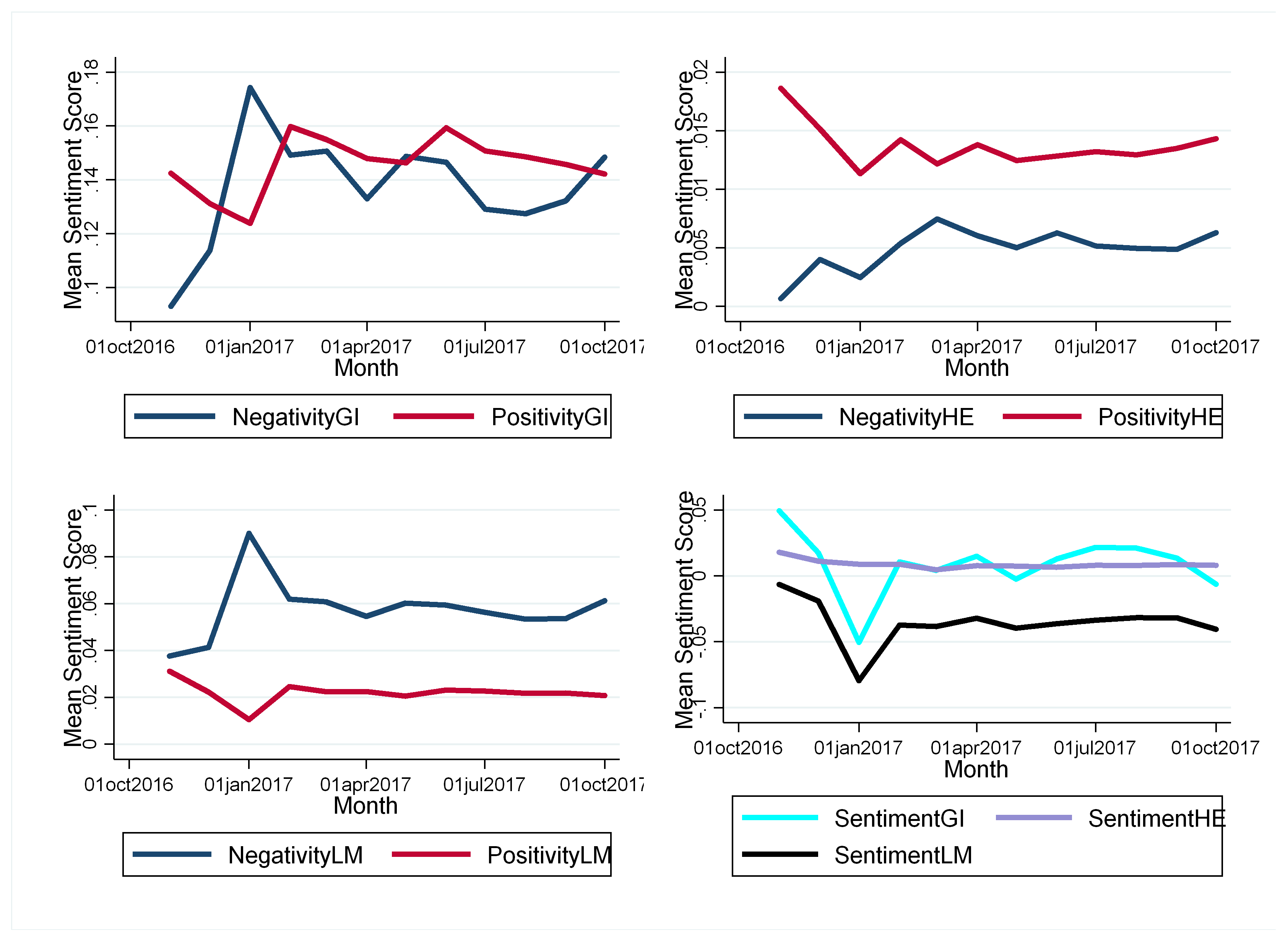 There is a common theme in Figure 1: in January 2017 tweets reflected more extreme views. The measure of overall sentiment was negative (or almost neutral) for two of the three sentiment measures. Additionally, the overall score shows some stability and constant (or less) polarity since February 2017.

The results suggest social media reveals polarisation, which seems to be ‘affective’ or ‘emotional’ (Haidt, 2017). Specifically, January 2017 was driven by  concrete events that appear to have elicited strong views, such as president Trump’s relationship with the media (e.g. the coverage of the inauguration day, fake news, etc.), the executive order on immigration and the firing of Attorney General Sally Yates. After that critical month, posts’ sentiment appears more stable and less polarised, probably just in line with a society divided around the president’s administration.

I do not find evidence that social media fosters political polarisation. Instead, these findings show that extreme polarisation expressed through social media is not persistent over time. Immediately after January 2017, the views expressed in tweets appear divided but more moderate and stable during the following 10 months. Probably, social media allows individuals to show approval or disapproval to specific events and news, just as an easy channel where individuals express civic engagement.

Maria Molina-Domene – LSE Centre for Economic Performance
Maria Molina-Domene works in the labour programme at LSE’s Centre for Economic Performance (CEP). Her research focuses on high dimensional data. Among different type of data, she works with the user-generated content on the world wide web as a new source of data of economic and social significance. She currently studies whether the content of tweets reflects collective mood and signals valuable information to decision makers, at a very low cost.