While most observers of US politics tend to focus on national and state-wide races, election contests for state legislative seats can also be incredibly important, especially given that state legislatures are often responsible for redrawing states’ Congressional boundaries. State legislative elections are often uncompetitive, with more than 40 percent of state elections lacking more than one major party candidate. But, as, Adam S. Myers writes, there are signs that competition in state elections will be on the up in 2018, with state Democratic parties looking likely to field a greater number of candidates in certain states.

State legislative elections in the US differ from elections to the US Congress in that, historically, a large percentage of them have featured only one major-party candidate. In 2016, for example, voters in nearly 42 percent of the country’s state legislative elections were not given a choice between a Democratic and Republican candidate (and they usually didn’t have minor-party or independent choices either). These elections were thus effectively decided before they were even held.

The percentage of uncontested state legislative elections varies dramatically across states. At one extreme lies Georgia, where over 80 percent of state house elections in 2014 were uncontested; at the other extreme lies Michigan, where not a single state house election in that same year lacked two major-party candidates. What explains these vast differences? Political scientists have isolated several factors, including how closely-divided the parties in a legislative chamber are (when party control of a chamber is up for grabs, the parties tend to field more candidates), how much legislators get paid (higher pay makes candidate recruitment easier), and how much prestige is associated with state legislative office. Region matters too, with southern states generally having much larger percentages of uncontested races than non-southern states. This is largely a reflection of high racial polarization in southern voting patterns: southern Democrats don’t field candidates in majority-white districts that they perceive as unwinnable for them, while southern Republicans don’t field candidates in majority-black districts for the same reason.

There are, however, signs that the 2018 elections might lead to a substantial increase in state legislative competition, especially in the South. For one thing, both national parties are increasingly focused on winning control of state legislatures, in part because of their important role in upcoming congressional redistricting but also because of their relevance to an array of domestic policies of national consequence. Democrats, who have seen their representation in state legislatures fall to historically low levels, are particularly focused on making state legislative gains. Indeed, in places like North Carolina and Wisconsin, where Republicans have pursued a hard-right agenda since taking power in the early 2010s, state-level Democrats are pulling out all the stops to chip away at GOP majorities. Of course, Republicans are aware of the Democrats’ renewed focus on the states and are attempting to mobilize accordingly.

Because the deadlines for filing for candidacy in the upcoming elections has not passed in most states, it is too early to say how much the percentage of state legislative races featuring two major-party candidates will increase this year. We can, however, look at the minority of states in which filing deadlines have already passed to find out what the early trends are. In Figure 1 below, I plot the percentage of lower-chamber elections featuring two major-party candidates in nine of these states between 2002 and 2018. As you can see, in three of the nine states (North Carolina, Texas, and interestingly, Kentucky), there will be a big increase in contested state house elections. The increase in North Carolina is especially impressive: whereas only 48 percent of North Carolina state house races in 2016 featured two major-party candidates, in 2018 98 percent of them will. In states like Alabama, Arkansas, Illinois, and Indiana, however, the percentage of contested state house races will continue to be at traditionally low levels.

What about changes in the tendency of each of the major parties to field state legislative candidates? In Figure 2, I plot the percentage of state house seats contested by Democrats (empty triangles) and the corresponding percentage for Republicans (filled squares) between 2002 and 2018 across each of the nine states. As can be seen, in North Carolina, both parties are contesting a lot more state house districts, suggesting that party competition in North Carolina legislative races is at an all-time high. In Texas and Kentucky, on the other hand, the increase in contested state house elections is due mostly to the fact that Democrats are fielding candidates in many districts that they had ceded to Republicans in prior elections. More broadly speaking, when comparing 2018 to the most recent state legislative election year (2016 or 2014 in the case of Alabama), it is apparent that Democrats are contesting a greater number of districts in most states while in a number of states (including Alabama, Indiana, Ohio, and Oregon) Republicans are contesting fewer. This suggests that would-be candidates across the country believe that 2018 will be a good year to run for the statehouse as a Democrat.

In short, then, the phenomenon of large numbers of uncontested state legislative elections seems unlikely to disappear in 2018, although it may dwindle considerably. This may occur only in certain states, however, especially ones that (like North Carolina) have witnessed intense partisan warfare in recent years.

Posted In: Adam S. Myers | Elections and party politics across the US 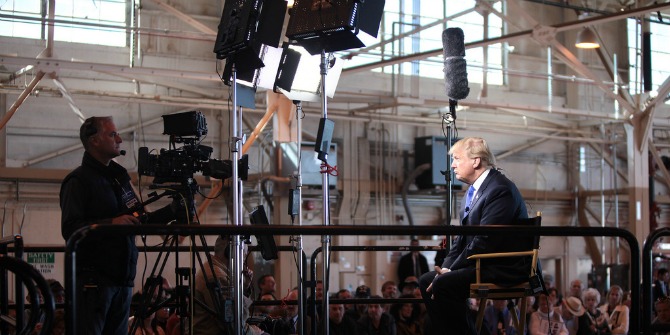