Is liberal democracy under threat from the rise of populist politics? John Fitzgibbon argues that with citizens voting in increasing numbers for populist parties, a concerted effort to make the value of liberal democracy clear to citizens and to involve them more closely in the policy-making process is sorely needed.

According to many commentators, we are now in a crisis of democracy – or rather, ‘liberal democracy’ as Cas Mudde persuasively argues. The time has long since passed where the increasing vote share of populist parties could be regarded as a ‘canary in the coalmine’ for democracies. They are now running governments around the world. Given that populists are winning elections and their policies are being adopted by ‘mainstream’ parties, populism can indeed be described as popular. The concern for interested observers, however, is that once in positions of political influence, populists could either strip-away or co-opt political and civil society institutions to undermine liberal democracy itself. It is this tension – between the basic democratic legitimacy of populists and their anti-liberal democratic actions – that Mudde has identified as being the crux of the populist crisis.

But we are still less sure of why voters are either voting for, or tolerating, this dismantling of the institutions of liberal democracy. I believe that there are two key factors to consider in untangling this question. Firstly, we need to consider that voters may have simply lost faith with liberal democracy and its ability to improve their lives. Secondly, we should appreciate that the comprehension of what liberal democracy actually means, and why it is important to the everyday lives of ordinary citizens, has gradually disappeared from public consciousness.

To the first element, it is fair to say that electorates around the world have lost some faith with liberal democracy. Liberal democracy as represented by diverse elements such as the judiciary, the EU, “experts”, and elite politicians, have become scapegoats for many social ills. In particular, the lack of public consultation over national participation in the processes of globalisation, namely immigration and financial liberalisation, has been ruthlessly exploited by populists. Populists have become successful in large part because they are engaging the public on issues that liberal democracy has failed to engage the public with.

When they raise issues that are of genuine concern to voters, populists from Trump to Grillo put forward simple solutions to complex issues – “Worried about immigration? Build a wall!”, “Tired of low pay and poor social services? Leave the EU!”, “Frustrated at how our nation is insulted by the global elite? Kick-out George Soros!” – that will not solve them. If populists have a point in highlighting the failures of liberal democracy with regard to managing immigration or facilitating increasing economic inequality, their opponents have failed in explaining that it is only with the consensus and compromise building approach inherent in liberal democracy that they can be solved.

It is not enough for defenders of liberal democracy to wait on the sidelines for populism to fall on its sword. When the actions of populists fail to deliver change to the major policy challenges they promised to solve, there will still be popular resentment about the – both perceived and real – distance of liberal democracy from the lives of ordinary voters. This situation I describe as a ‘populism doom loop’. As liberal democratic institutions and actors continue to resist reform, the ‘doom loop’ of support for populists caused by distant and disconnected liberal democratic institutions and actors will continue. The loop must be broken for the crisis of democracy to end.

As Peter Mair’s final work ‘Ruling the Void’ conclusively argued, the post-war period has witnessed the departure of both citizens and political elites from the public political arenas inherent in liberal democracy. This withdrawal needs to be reversed. Such a process can begin with two distinct courses of action: enhanced civics education for citizens on why civic participation as citizens matters, and the meaningful inclusion of citizens in the policy-making process. Though some have argued that an era of fissiparous media consumption has removed the standards and basic facts from national political debates that previously held populism in check, the converse position is that information about our political systems has never been so accessible to so many.

The key issue here is with the ability of voters to process this information critically. This is not to label the electorate as ignorant or stupid, far from it. Rather it is to point to the desultory state of civics education around the world. Citizens have not received the kind of comprehensive education required to become active, involved, and informed citizens in an era of information oversaturation. Massachusetts has recently taken a step forward in this regard by passing a bill aimed at modernising civics education with a focus on explaining how the US political system works across its different levels, as well as promoting critical engagement with the media.

For any civic education initiative to be successful and sustained, it must be accompanied by openness to change and a willingness to innovate from elite political actors. The Irish Citizen’s Assembly is a perfect example of how liberal democracy can innovate and allow for citizens to make a meaningful contribution to the political process. Drawing from the work of academics and civil society groups, the Irish government initiated a deliberative democracy process to include citizens in a national debate on constitutional reform. This process of deliberative democracy in Ireland has been consistently extended to cover more issues related to wider policy questions. The recent referendum to remove an anti-abortion clause in the Irish constitution originated in the Citizen’s Assembly where over many weeks ordinary citizens and politicians carefully analysed complex legal, medical, and religious issues related to abortion in the Irish constitution. The recommendations from the Assembly informed the Parliamentary Committee hearings which followed and laid the foundations for the recent referendum where the result closely matched the outcome of the Citizen’s Assembly.

There is little doubt that democracy is in crisis. Electorates are voting in increasing numbers against a liberal democratic system they neither understand nor believe serves their best interests. The slow process of resolving this crisis, however, can begin with two symbiotic actions; making the importance of liberal democracy clear to voters through extensive civics education, and making it relevant to them by finding new and innovative ways to include them in the policy-making process. The US state of Massachusetts and Ireland offer two concrete examples of how the process of breaking the ‘populism doom loop’ can start.

Posted In: Elections and party politics across the US | John Fitzgibbon 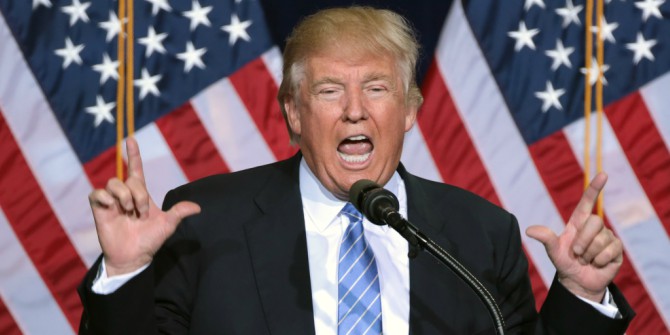