In The End of Policing, Alex S. Vitale offers an indictment of contemporary policing in the US, condemning not only the roles and actions of the US police, but also the extensive, growing reach of crime control and criminalisation processes. While the book cannot fully realise its ambition to envisage ‘policing without the police’, this is a welcome challenge to reformist thinking and a powerful argument against social and economic injustice, inequality and racism, finds Karim Murji. 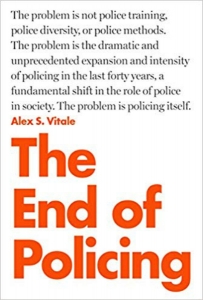 Although Alex S. Vitale’s indictment of contemporary policing in the US begins with the numerous and widely covered recent cases of the deaths of African American men in contact with the police, the purview of The End of Policing is about more than race, and more than just the police. Ultimately this book seeks to make a broader argument against social and economic injustice, and against criminalisation and racism, which Vitale locates in the politics of neoliberalism and inequalities of wealth and power. This reach makes this both a book about policing and something extra. It places it in the tradition of radical criminology, which is quite distinct from most criminological work on the police. While the latter has seen much on-going debate about the future(s) of policing and the impact and significance of various reforms over recent and many years, this book appears to cut through such reformist thinking. In this regard, it stands in welcome contrast to normative theorising about or technocratic evaluations of the police.

I say ‘appears to’ because its bold title and radical aim is somewhat hedged by its presentation. At the outset it looks like Vitale is arguing that police reform – in the form of training programmes, diversification of recruitment, plus improved accountability – has all failed. Yet, by the end, he does not dismiss police reform in its entirety, calling for new and different police training, enhanced accountability and changes in police culture to reduce or do way with the ‘warrior mentality’ that creates an ‘us and them’ outlook. Yet because he links the role and actions of the US police to a wider system of coercive governance that intensifies social injustice, and to a neoconservative political order, he sees reform per se as of limited benefit without broader social changes that include defining what the role of policing itself is. In posing such a fundamental question about what a social order that tries to do ‘policing without the police’ could be, Vitale sets himself a challenge that this book cannot realise, though he does offer pointers to alternatives throughout the text.

In many ways, the same core point is both a strength and weakness of this book. Vitale’s concern is not just with the police but also the extensive and growing reach of crime control and criminalisation processes. While he does not call it a ‘racialisation-criminalisation nexus’ as it might be referred to in the UK, the book repeatedly shows how such crime-fixated thinking bears down most heavily on African Americans, as well as poorer and disadvantaged communities across the US. This is evident across a range of areas that form the centre of the book. The school-to prison pipeline – recently and powerfully demonstrated in Anna Devare Smith’s performance piece Notes from the Field – shows the frightening extent to which schools are run on crime control lines and act as a first step into what will become a disproportionately black prison population. 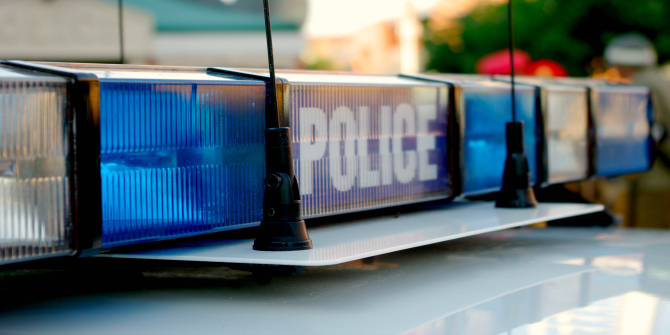 In subsequent chapters, Vitale goes on to identify extreme violence in the policing of homelessness and calls for alternatives such as income support and ‘Housing First’ policies.  In looking at the policing of sex work and the war on drugs, Vitale stresses that policing is doomed to fail in ‘controlling’ these activities, and makes a case for decriminalisation and legalisation, harm reduction and regulation. Economic development and community empowerment are at the fore as his alternatives to what he sees as failed attempts at gang suppression, just as development and a greater internationalist sense of the interconnections between the US and Mexico frame his response to border policing. This could hardly be more topical as some US politicians have called for the abolition of Immigration and Customs Enforcement (ICE). A final chapter on political policing covers the ways in which the FBI has been involved in monitoring and limiting the activities of radicals, as well as some of the counter-productive outcomes of counter-terrorism policing: in relation to community trust, for instance.

One of the usual arguments against the kind of approach Vitale uses comes from the ‘left realist’ school. Since the 1980s proponents have argued that crime really is a problem, particular for working-class and poorer communities, which requires a law enforcement response. While Vitale does not explicitly refer to the main proponents of this view, his counter-argument is appropriate. Communities that are highly vulnerable to crime and suffer its consequences disproportionally may ask for more policing, but they also ask for more and better schools, jobs and healthcare. Thus social investment is as important as law enforcement.

A more worrying counter-argument is the question of from whom or where the drive for the kind of reforms that Vitale proposes could come. He points to a few urban initiatives and the role of strong Mayors in US cities, and the highly dispersed nature of law enforcement in the US does provide scope for some alternatives. He also references campaigns such as Black Lives Matter and others than seek to rebalance mainstream arguments for more and harsher policing. However, as he makes clear that the Clinton and Obama administrations are as culpable as any Republican leaders for the militarisation of policing, his argument is perhaps weakest in handling a key issue: if the most liberal and progressive Presidents of the past three decades have not only failed to tackle the problem but made it worse, where will the kind of politics he calls for emerge from? Since Vitale’s argument against injustice roots it in neoliberalism and austerity politics, the answer to that is, presumably, not the more social democratic of the two main parties in the USA. His indictment of neoliberal polices that frame and produce the over-reliance on crime control thus makes The End of Policing a hybrid of social democratic reform measures and radical political criminology.

In this light, looking elsewhere might have helped. For instance, it could be instructive to draw on abolitionist politics, particular the arguments made by European criminologists for the abolition of prisons, and apply those to policing. A certain amount of what Vitale advocates as alternatives could achieve some consensus by politicians of different sides. Some of his changes are not particularly novel, as in the proposal that in areas such as drugs and sex work, decriminalisation and/or legalisation would save considerable sums of money that could be better invested in communities, reducing inequality and social justice. While he would perhaps push it further, there have at times in the UK been some ‘soft’ reforms around excessive reliance on imprisonment, for example, albeit without altering the often-harsh rhetoric of crime control. There is also some evidence that public opinion is not as punitive in a number of the areas he considers as some media might indicate. How to take those points and turn them into any kind of sustained policy might be an issue that Vitale and other criminologists want to reflect on further.

Karim Murji – University of West London
Karim Murji is based at the University of West London, UK. His latest book is Racism, Policy and Politics (Policy Press, 2017). Some other recent books include The Transnational Imaginaries of MG Vassanji (Peter Lang, 2018), edited with Asma Sayed; Theories of Race and Ethnicity: Contemporary Debates and Perspectives (Cambridge University Press, 2015), edited with John Solomos; and a 2018 special issue of Social Identities on Racial Urbanities, edited with Giovanni Picker and Manuela Boatca. From 2013- 2017 he was on the editorial team of Sociology and, with Sarah Neal, he is the Editor of Current Sociology. He is on Twitter @km49