New technologies can open markets and amplify differences in talent to produce big differences in incomes. In new research, Felix Koenig looks at the effect of the introduction of television on entertainers’ wages. He finds that in communities where television first launched, especially those with greater competition for talent, entertainers’ salaries became much more unequally distributed. A small number of top earners benefited greatly, while demand declined for most workers.

Technical change is disrupting many labor markets and is re-shaping the world of work. A wide-spread fear is that new technologies generate winner-take-all labor markets that benefit a small group of superstars, at the expense of the majority of the workforce. These so-called “superstar effects” arise when technologies open up bigger markets and make it possible to reach consumers in larger, perhaps even global markets. While this argument rising inequality is driven by technical change is popular, there is still very little evidence that technologies are contributing to the explosion of top incomes and are creating “superstar effects.” The historic experience with the impact of market opening technologies can help us to test this theory and uncover the consequences of such developments for labor markets.

The US entertainment sector experienced an iconic technological disruption during the roll-out of television in the middle of the 20th century. The new medium multiplied the audiences of entertainers many times over. And while before the launch of TV a live performance could be watched by a few hundred individuals, its introduction meant that the same performance could be watched by millions. From the earliest days of television, people flocked away from traditional amusement in theatres, bars, bowling alleys, vaudeville palaces or sports events and became glued to their sets.

The figure shows the entertainment log real wage distribution in 1940 and 1970 from the lower 48 states. Dollar values are in 1950 USD. Density is estimated using the Epanechnikov smoothing kernel with a bandwidth of 0.4 and Census sample weights. Common top code applied at $85,000. Sources: US Census 1940, 1970.

It would, however, be premature to conclude from the coincidence of technical change and rising inequality that the change in the inequality is driven by technical change. Other changes occurred at the same time and also affected labor markets, for instance, changes in regulation and pay-setting processes. Aggregate wage trends hence reflect a variety of simultaneous trends, which makes it difficult to isolate the impact of technical change, a challenge that is also important in the debate about the impact of current technologies. A scientific approach would be to run a test that randomizes access to technology across labor markets. This is rarely possible, so researchers instead use natural experiments, for example, those which are generated by existing regulation, to generate random differences in technology access across labor markets.

How we can tell that television led to income changes

The roll-out of television provides such a natural experiment and thus gives us a rare opportunity to isolate the impact of a technical disruption on the labor market.  Television filming initially started city by city, which meant that places experienced this technical change at different times. Filming in the early period of television predominantly took place locally in the neighborhood of the broadcast station and hence, from the perspective of a local entertainer, the launch of a local TV station was similar to the construction of a giant local theatre that could hold the entire local population.

Two factors of the deployment of TV generate useful variation in TV access to isolate the impact of TV on inequality. First, the TV was deployed through a regulated process by the Federal Communications Commission (FCC) which developed a rule-based deployment mechanism without regard to local economic conditions. Second, the roll-out plan was interrupted when the signal of neighboring stations started interfering.  Several local labor markets thus narrowly missed out on TV launches, which generates as good as random variation in television access. This type of natural experiment makes it possible to differentiate the effect of technology from changing local economic conditions and test the implications for inequality.

Photo by Ajeet Mestry on Unsplash

The results reveal that television had substantial effects on inequality in entertainment. Places where television was deployed experienced sharp income gains for star entertainers. Having a local TV station boosts pay at the 99th percentile by around 17 percent, a big gain for entertainer stars relative to other top earners in the US. The share of local entertainers in the top 1 percent of the US wage distribution nearly doubles relative to the pre-TV era. Figure 2 shows that this occurs in locations where a local TV station is launched and disappears again when centralized network filming displaces local filming. We can then turn to the deployment interruption to verify that the launch of TV stations is unrelated to other trends in local labor markets. And indeed, the data show that locations which narrowly miss out on the launch of a TV station see no growth in top entertainer pay (Figure 2.b). This lack of effects in places that miss out bolsters the confidence that the baseline results capture the effect of television.

Figure 2 plots treatment coefficients from two dynamic difference in differences regressions. Panel a) shows the effect of blocked TV stations (comparison groups are untreated areas) and panel b) shows the effect of TV stations. Top-paid entertainers are in the top 1 percent of the US income distribution. Vertical lines mark the beginning of local TV (“TV”) and the end of local TV (“Videotape”). The area shaded in light blue marks the 95 percent confidence interval. Standard errors are clustered at the local labor market level.

Economists have argued that superstar effects magnify the rewards from being the best but offer limited gains outside of a small group of top stars. These characteristic patterns of superstar effects are strongly supported in the data. Income growth escalates as we move up towards the top of the wage distribution and the share of income going to the top 1 percent nearly doubles. Marginally less talented workers don’t benefit from television. Gains accrue to a few entertainers in the top tail, while the fraction with mid-income jobs declines.

A key driver of these superstar effects is competition for talent. The data show that labor markets with limited competition among employers only produced muted top income growth. Income concentration on a few stars does therefore not necessarily imply that markets are malfunctioning, instead, the superstar effects arise as a result of intense competition for talent. This suggests that addressing imperfect competition in labor markets did little to reduce rising top income concentration.

Good for consumers, bad for most entertainers and traditional live shows

Does this rise in inequality reflect unequal gains in productivity? Productivity can be uniquely well measured in the entertainment sector. I collected archival data on audiences of entertainers and prices and track how these changed during the TV roll-out. The data show that revenues of stars’ shows grew strongly when local television stations were launched, while ordinary live shows suffered a sharp drop in revenues. Audiences of star entertainers quadrupled, and revenues simultaneously grew in line with the audience size. At the same time, attendance and spending at traditional live entertainment outlets dropped significantly. This effect was particularly pronounced for live performances that stood in direct competition with television, while entertainment outlets that were more immersive and distinct from television were more shielded from the disruption. These results show that the shift in labor market inequality was underpinned by a simultaneous change in productivity.

The results of one of the most iconic cases of a scale related technical change confirm that technologies can cause sharp income inequality and generate “superstar effects.” In the labor market for entertainers, TV multiplied incomes of superstars and moved the labor market closer to a winner-takes-all setting. Incomes became concentrated on a handful of stars, while it hurt most workers. These effects were most pronounced in labor markets where competition for talent was strongest and reflected a simultaneous shift in revenues that such stars could generate through the new media. Besides the rise in inequality, television also changed access to entertainment for consumers and TV turned out to be hugely popular. This highlights the tradeoff that technical change can generate. While such change may improve consumer welfare, on the one hand, it simultaneously can generate substantial increases in inequality. The merit of technological change ultimately depends on the relative importance one attaches to consumer gains and labor market inequality. In the long-run changes in occupational choices can help to buffer the inequality effects of technological change, but the long list of starlets and aspirational stars suggests that the glory of stardom still attracts many to this labor market despite the low odds of success.

Beyond the entertainment sector, many current technologies are making it feasible for workers to reach vast scale markets. While there are parallels to the entertainment case, superstar effects arise only when workers have unique and irreplaceable talents. In labor markets where skills are learnable and workers are closer substitutes, superstar effects are likely smaller. Consequently, efforts to make it easier to substitute between workers can help to reduce the rise of inequality.

Felix Koenig – Princeton University
Felix Koenig is a postdoctoral researcher at Princeton University and incoming Assistant Professor at Carnegie Mellon University. He is also an associate of the LSE’s Centre for Economic Performance and an affiliate at IZA. Felix’ research focuses on labor markets and in recent projects he studies the causes and consequences of rising inequality. 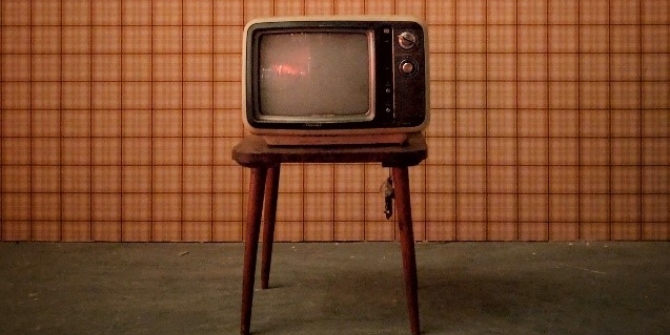