As in any pivot from presidential primary to general election, the Democrats’ likely nominee, Joe Biden, will need to consolidate the support of his party around him, including the supporters of his primary rival, Bernie Sanders. Glen Smith looks at how attacks from right-leaning media, such as Fox News, on presidential primary candidates can hurt the eventual nominee. Presenting the nominee in a negative light, he finds, may encourage the supporters of their primary rivals to dislike the candidate even more.

As the race for Democratic nomination comes to a close, it looks as though former Vice President Joe Biden will face Donald Trump in the 2020 general election. One of the more important tasks Biden will face will be to reach out to Democratic voters who supported other candidates in the primary race, particularly Bernie Sanders’ supporters. Indeed, a party divided against itself will not stand a chance in November.

One often overlooked factor that increases divisiveness in party primaries is opposing partisan media outlets. Conservative media such as Fox News and radio commentators like Rush Limbaugh can increase divisiveness among the (surprisingly many) Democrats who regularly watch or listen to their programs. Likewise, outlets like MSNBC, CNN or the Daily Beast, would likely make Republicans more negative toward their eventual nominee, but only if there was a competitive primary, which of course there is not this year. Contrary to popular belief, studies show (here, here, and here) that partisan media audiences are not as ideologically similar as media pundits like to say. Partisan media has limited effects on those who do not support the same party however, because that segment of the audience tends to engage in motivated reasoning, leading them to ignore or counter-argue any information that conflicts with their preferred belief. For example, when Fox News spent eight years attacking Barack Obama, Democrats were sufficiently motivated to defend their guy so that the attacks had little power to change their minds.

Party primaries are a different animal entirely, because Democrats are less motivated to defend Democratic candidates they do not support. As a result, when Rush Limbaugh attacked Joe Biden over the last year or so, Democrats who supported other candidates were unlikely to ignore or counter argue his attacks, which can lower their support for Biden. As a result, partisan media can make opposing partisans more negative toward the eventual nominee, increasing the difficulty of uniting the party after the primary is over.

Capturing the effects of negative news about the nominee

My previous research shows that such a scenario played out during the contentious 2008 Democratic primary. I found that Fox News made Hillary Clinton supporters more negative toward Barack Obama, but only during primary campaign. Now, it should be noted that measuring the effects of a particular partisan media outlet in real time is a very difficult task. It is not enough to simply show that Fox News viewers liked Clinton more than Obama. Perhaps Clinton supporters were older and more conservative and that caused them to watch Fox News. Selective exposure makes it difficult to determine what causes what.

“Fox News Wall” by Ajay Suresh is licensed under CC BY 2.0

Fortunately, the 2008 election provided a wealth of survey and content analysis data that was not available in previous or subsequent elections. At the same time that the Project for Excellence in Journalism was coding major media outlets (including Fox News), the Annenberg National Election Study was conducting two different surveys, one by internet and one by telephone, on a daily basis. To capture the effects of Fox News, I used the Fox News coverage of Obama on one week to predict changes in favorability among Fox News viewers that were randomly selected for interviews the following week. (Note: I also combined them into day and repeated the analysis and the results were similar). Moreover, I could even match up survey respondents to the content of the specific programs that they watched, such as Hannity or Fox & Friends. Additionally, I used panel data that allowed me to compare individuals to themselves at previous points in time, rather than comparing Fox News viewers to non-viewers. More detailed information about this technique can be found here, here, and here.

Fox News made voters dislike the candidate they opposed even more

The results showed that Fox News was quite effective at making Democrats more negative toward Obama, but only when those viewers supported other candidates for the nomination. Increased coverage of Obama on Fox News had no discernable effect on the attitudes of viewers who planned to vote for Obama in the Democratic primary. Among Democrats supporting other candidates (such as Clinton or John Edwards), increased coverage of Obama made Fox News viewers less favorable the following week. Specifically, if Fox News devoted one extra hour of coverage to Obama throughout a week, Democrats who watched Fox News (and supported other candidates) became about 6 points less favorable toward Obama (on a 100 point scale) in that one week alone. Over the course of the primary, each Fox News program (out of 10) Democrats watched decreased favorability toward Obama by roughly one point from the spring to the summer of 2008. Importantly, Fox News only affected these viewers during the primary, and had no influence on any Democratic viewers over the last 6 months of the general election, regardless of who the Democrats supported in the primary. Interestingly, MSNBC had a similar effect on attitudes toward John McCain, but again only when Republicans supported other candidates in the primary.

In normal circumstances, motivated reasoning prevents partisan media from changing the opinions of viewers in the opposing party. Indeed, as a general rule, people tend to resist any information that runs contrary to their desired opinions. Contentious primary elections provide partisan media outlets, such as MSNBC or Fox News, a unique opportunity to potentially turn opposing partisans against the eventual nominee. For example, it is possible that conservative media is partly responsible for Bernie Sanders supporters’ negativity toward Clinton in 2016, but given Trump’s small margin of victory, any increased divisiveness could have made the difference. If Sanders supporters were not sufficiently motivated to dispute the attacks on Clinton coming from Fox News, conservative talk radio and internet blogs, it could have made them so disgusted with Clinton that they stayed home or voted for a third party candidate. Whether conservative media helped Trump win the election is impossible to know for sure. What this evidence makes clear is that party primaries create a fertile soil for partisan media, or perhaps foreign countries, to sow the seeds of discord in the opposing party.

The important take away here is that partisans should be more skeptical of information coming from opposing partisan media, especially if it criticizes an opposing candidate during the primary. Our unconscious cognitive defenses are weakened when we hear information that confirms our views. Consequently, partisan media viewers could have overly negative feelings toward candidates based mostly on misinformation or possibly outright lies from partisan media programs that they would normally mistrust. 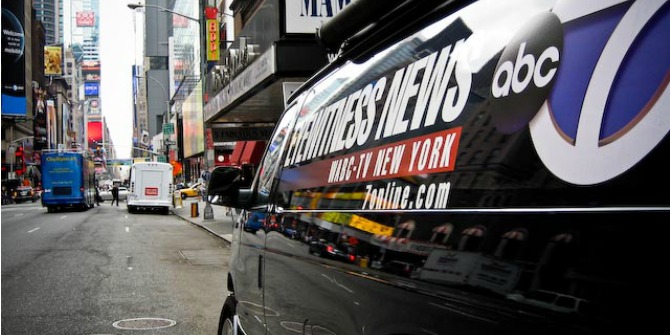 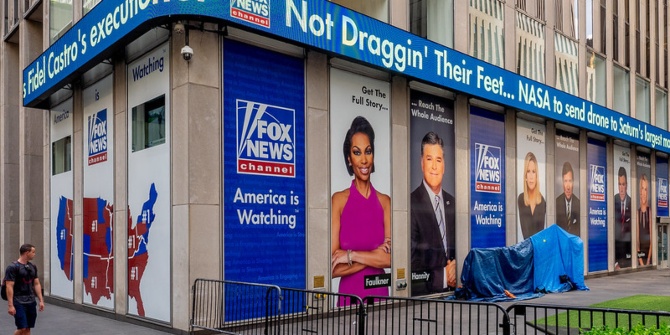