During the 2018-2019 academic year, Joss Harrison was an undergraduate research assistant with the US Centre. As part of his work, he investigated the human rights-orientated foreign policy of the Jimmy Carter administration. Building on this work, he writes that the foreign policy rhetoric of the Democratic presidential nominee, former Vice President Joe Biden, has shown some close parallels with the human rights policies of the Carter administration.

In recent months, Joe Biden, the presumptive Democratic presidential nominee, has begun to lay out his foreign policy vision. In a New York Times interview, he declared, “When I am president, human rights will be at the core of US foreign policy.” There are some promising parallels between the ideas Biden has set out and the policies pursued by the 1976-80 Democratic administration of Jimmy Carter. This is a welcome development, for no president since Carter has centred their foreign policy strategy on human rights in quite the same way.

In his inaugural address in January 1977 Carter set out a new approach to American foreign policy-making, breaking with years of Cold War orthodoxy to state that “Our commitment to human rights must be absolute”. This made for a stark contrast with the previous eight years of Nixon-Kissinger-Ford-style diplomacy, which bore an undisguised contempt for the notion that anything beyond the ‘national interest’, least of all human rights, should guide the US’ interactions with other states.

Carter’s inaugural promise was more than just talk. His administration developed a three-pronged strategy to advance human rights worldwide. The most important and novel pillar of this strategy was his administration’s willingness to use as leverage American foreign assistance to countries which abused human rights. This meant withholding economic and military aid to abusive regimes until they showed demonstrable improvements in their respect for human rights. Additionally, the Carter administration pressured human rights-abusing regimes through sustained, behind-the-scenes, ‘quiet’ diplomacy. Finally, it used public diplomacy to launch human rights to the top of the international agenda, hoping that it would become more difficult for governments to abuse their citizens once the notion of human rights had more deeply penetrated international public consciousness. To this end, the administration vocally criticized abusive regimes while emphasizing the US’ own commitment to human rights.

Carter’s strategy enjoyed some notable successes. In particular, the policy of withholding military and economic aid to repressive regimes in Latin America did frequently bring about meaningful improvements, such as marked reductions in the state-sanctioned ‘disappearances’ of suspected dissidents. To take one example, by mid-1978, the Carter administration had blocked $800 million in military transfers to Argentina. At the same time, the number of political prisoners in Argentina fell from 8200 in 1974 to 900 in 1980.

This was a novel and innovative strategy. Under Presidents Nixon and Ford, any anti-Communist regime, however abusive, could reasonably expect to enjoy virtual impunity from criticism as well as generous amounts of American aid. In 1974, for example, Kissinger’s State Department resisted pressure from its own Latin America Bureau, Congress, and even the Department of Defence to cut US military aid to abusive allied regimes in Latin America. Carter, by contrast, used these flows of aid as leverage to extract human rights improvements.

There is no question that the strategy was far from perfect. Certain anti-Communist allies continued to enjoy ample American support even as they committed terrible atrocities. Perhaps most notoriously, the Carter administration continued to provide abundant diplomatic, economic and military support to the genocidal Suharto regime in Indonesia. However, where the Carter administration did faithfully prioritise human rights over Cold War allegiance, the policy undoubtedly had a positive effect.

Jimmy Carter hosts a ceremony commemorating the 30th Anniversary of the Universal Declaration of Human Rights. Credit: The National Archives.

Despite its successes, the concept of a human rights-orientated foreign policy quickly fell out of favour under Carter’s successors. The State Department bureaucracy had never warmly welcomed the new direction, and indeed had often actively resisted it. The Reagan administration, meanwhile, held an open contempt for Carter’s approach. Reagan’s Ambassador to the U.N., Jeane Kirkpatrick, denounced the human rights-centred approach as naive and weak, arguing that the aim of Carter’s foreign policy was simply to “make Americans feel good about themselves.” Since Carter, no administration has foregrounded human rights in a comparable manner. (Although one could make a relatively strong argument in favour of the final two years of the Clinton presidency).

A Biden administration could, and should, emulate aspects of Carter’s human rights-centred foreign policy. At this moment, there are conflicting signals emerging from the Biden camp. Biden’s refusal to establish a ‘unity task force’ on foreign policy with Vermont Senator Bernie Sanders’ advisers, in stark contrast with other policy areas, implies that he is not interested in breaking from the foreign policy orthodoxy of recent decades. But, on the other hand, it has been reported that influential figures in the Biden camp, such as Connecticut Senator Chris Murphy, have been urging a new approach to American foreign policy-making. Human rights should be central to any such new foreign policy strategy. Aside from its patent moral justification, such an approach would yield significant reputational benefits. It would help the US to signal a decisive break with the Trumpian approach to foreign policy making. In doing so, it would solidify consensus for continued American leadership on the global stage, in the face of competition from China’s authoritarian, human rights-abusing regime.

Despite his stated commitment to them, Biden’s actual human rights policies remain relatively vague, there are signs that Biden intends to break with recent foreign policy orthodoxy and adopt some of the methods pioneered by the Carter administration to further their cause.

The most impactful pillar of the Carter administration’s human rights policy was its practice of cutting military and economic aid to repressive allied regimes. Unfortunately, post-Carter presidents have often reverted to the approach of his immediate predecessors, as demonstrated by Obama’s support for the Saudi campaign in Yemen. President Trump, of course, has taken this tolerance of authoritarian regimes to new heights. There are some encouraging signs that Biden could follow Carter in breaking with this approach. Importantly, he has promised to “reassess” American support for Saudi Arabia, including a potential end to arms sales to the Kingdom. Biden could extend this approach to countries such as the Philippines, with which the Trump administration is negotiating for $2 billion in arms sales despite the abuses of the Duterte regime.

There are also echoes of Carter’s public diplomacy strategy in Biden’s foreign policy plans. To improve human rights worldwide, Carter employed a strategy of vocally condemning abusive regimes and publicly emphasising the commitment of his own administration to the cause. Carter orchestrated grand, headline-winning gestures to bring the issue to the top of the international agenda, such as by meeting the Russian dissident Vladimir Bukovsky in the White House in March 1977. This contrasted with his predecessor, Gerald Ford’s refusal to meet Russian novelist and former political prisoner, Alexander Solzhenitsyn when the latter visited Washington in July 1975.

Biden’s proposed Summit of Democracy, which would convene all the world’s democratic nations, follows a similar logic. One of its three principal objectives would be to find methods of advancing human rights. Likewise, Biden has promised to treat Saudi Arabia as a “pariah”, and to confront China on its human rights violations, echoing the Carter strategy of vocally condemning abusive regimes around the world. A Biden administration could, like Carter, bring the issue of human rights to the top of the global agenda and enhance its place in the consciousness of publics worldwide.

The direction that Biden will ultimately choose remains unclear. These early, promising signs of a return to a human rights-orientated foreign policy, discarded by post-Carter presidents, could yet prove a mirage. Breaking out of an entrenched foreign policy pathology is difficult, and Biden could feasibly revert to the policy of his predecessors. Nonetheless, the early signals coming from the Biden camp offer some hope of a return to the underappreciated policies of the Carter administration, which foregrounded human rights in US foreign policy making. 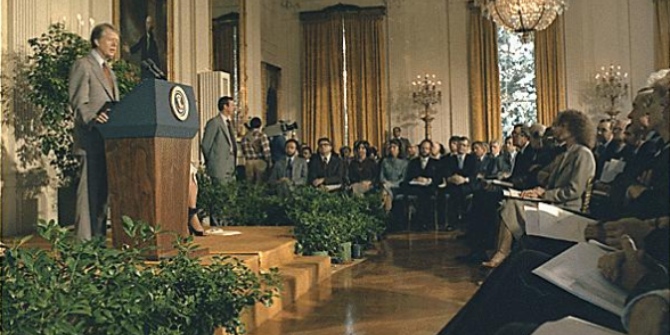 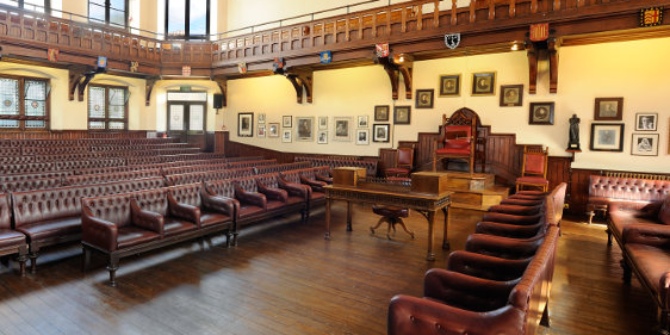