The increasing concentration of wealth and economic power calls for policy action to tame the rise of “private leviathans”. Rabah Arezki, Asif Islam and Grégoire Rota-Graziosi argue that, following commodity booms, regulation, especially pertaining to competition, is found to limit concentration of wealth while taxation has little effect. This is consistent with the primacy of ex-ante (preventive) interventions over ex-post (after-the-fact) ones for addressing wealth inequality.

In the late 19th century United States, rising inequality, social tensions and oligarchy led the federal government to reinvent itself as a regulator. The Sherman Antitrust Act of 1890 is the foundational federal statute in the development of U.S. competition law. At the time, the gilded age called for a forceful response by the federal government to curb the rising power of the so-called robber barons, including Cornelius Vanderbilt, John D. Rockefeller and Andrew Carnegie.

Fast forward to today, the global rise of a class of billionaires coupled with heightened social tensions raises important questions about what to do about top wealth and income inequality (Wu, 2018). Concentration of wealth threatens political power, and that is irrespective of political systems. From public auditions in the United States to imprisonment in Saudi-Arabia and Russia, and disappearance in China, billionaires have been in the line of sight of the powers that be.

In a recent paper (Arezki, Islam and Rota-Graziosi, 2021), we explore the interplay between top wealth and policies, namely regulation and taxation, exploiting variation in exposure to international commodity prices.

Several factors drive top income and wealth inequality, namely globalisation, technology, labour market institutions, decline in competition and fiscal policy—or, generally, social norms regarding pay inequality. There are also legal roots to top income inequalities that might explain the pervasive higher returns to capital compared to the rate of GDP growth. On the normative front, there is a heated debate on the best approach to address the rise in top incomes. The dominant approach is either to address institutional factors favouring the ability of top income earners to channel rents their way or to reduce the returns to rent seeking by increasing marginal rates of taxation on high incomes. More recently, a debate has been raging on the use of a wealth tax as an instrument to reduce top incomes (Saez and Zucman, 2019).

We document that different institutional arrangements lead to a differentiated effect of (plausibly) exogenous commodity price fluctuations on top incomes. To do so, we combine a global panel data set from Forbes magazine on billionaires’ net worth with an index of (country-specific) commodity terms of trade shocks. Commodity shocks are significant sources of macroeconomic variation but also have important sectoral implications that elucidate linkages with concentration of income at the top. Results show that commodity booms lead to top income concentration, and the effect is economically large. Figure 1(a) globally traces the patterns of commodity shocks and the log differences of billionaire net worth and shows that they co-move. Figure 1(b) replicates the same pattern for developed (left panel) and developing economies (right panel) and shows the positive relationship between commodity price shocks and top incomes stand, regardless of the level of development.

This finding is robust to accounting for sector of activity as well as the individual characteristics of billionaires as captured by billionaire fixed effects. The evidence is also suggestive that competition policy weakens the relationship between commodity booms and top incomes, and tax policy has no effect.

Indeed, competition policies and antitrust laws combined with strong enforcement mechanisms have a potentially powerful role to play in shaping the structure of an economy and society over and beyond taxation and redistribution policies. Indeed, protected sectors, cartels or collusion limit the impetus for investment, innovation, and growth (see Aghion and Griffiths, 2005).

Figure 1a – Log differences of billionaire net worth and commodity shocks

The “resource curse” literature has provided (mixed) empirical evidence that countries with large dependence on natural resources grow slower and are also more unequal. Importantly, Mehlum, et al (2006) provide evidence that the effect of natural resources on the economy depends on the quality of institutions. Furthermore, the type of natural resource matters, with hydrocarbon and mineral resources categorised as “point source” resources, having a more detrimental impact on growth than “diffuse” resources such as agriculture. We contribute to this literature by focusing on the top incomes as opposed to general income inequality while exploring the role of different policy/institutional frameworks. We also find that commodity price shocks emanating from point-source resources lead to more top income concentration than shocks stemming from diffuse resources.

Further, we find that commodity price shocks reduce non-resource taxes, both direct and indirect. Our findings relate to the volatility of public budgets due to commodity price volatility and the resource curse in terms of public finances. James (2015) establishes a negative relationship between resource and non-resource revenues as the expression of a crowding out effect between these sources of revenue in US states. Our findings further document that certain institutional arrangements such as competition policy framework can help curb the rise in the concentration of wealth.

Capital mobility and tax havens as the main sources of leakages

Globalisation has led to a significant decrease in the cost of international capital mobility. In turn, this has fuelled intense tax competition, which offers multiple opportunities to shift profits to wealth in tax-accommodating countries or tax havens. Any tax coordination at the international level is rendered difficult or nearly impossible. This may explain why taxation appears less efficient than regulation to tame top wealth inequalities. Ten per cent of world wealth is held in tax havens. Andersen et al. (2017) find that around 15% of the windfall gains accruing to petroleum-producing countries with autocratic rulers is diverted to secret accounts.

The emerging debate on curbing top incomes has centred around the wealth tax. There is indeed a strong theoretical case for a wealth tax especially after calamities such as wars and pandemics, yet its implementation and effectiveness have been challenged. Indeed, with the advent of financial globalization, capital markets provide multiple options of tax avoidance or evasion. We find empirically that (both resource and non-resource) taxation do not moderate the effect of commodity booms on top incomes.

Rabah Arezki – World Bank
Rabah Arezki is the chief economist for the Middle East and North Africa Region (MNA) at the World Bank. Previously, he was the chief of the Commodities Unit in the Research Department at the International Monetary Fund. He also was a senior fellow at Harvard University’s John F. Kennedy School of Government, a non-resident fellow at the Brookings Institution, an external research associate at the University of Oxford, a resource person for the African Economic Research Consortium and a research fellow at the Economic Research Forum.

Asif Islam – World Bank
Asif Islam is a senior economist for the Middle East and North Africa Region of the World Bank Group. His research focuses on private sector development. He has published in peer-reviewed journals on several dimensions of the private sector. He co-authored several reports, including the World Development Report (2019). He holds a PhD in Applied Economics from the University of Maryland-College Park, and a Bachelor’s degree in Economics and Computer Science from Macalester College.

Grégoire Rota-Graziosi – CERDI-CNRS-UCA
Grégoire Rota-Graziosi is professor in economics, director of the Centre d’Etudes et de Recherche en Développement International (CERDI-CNRS-UCA), co-editor of the Revue Economique du Développement and in charge of the research program on Domestic Revenue Mobilization (DRM) of the Fondation pour les études et recherches sur le développement international (FERDI). He is also alternate member of the French committee for Tax Abuse. From 2010 to 2015, he was senior economist in the Tax Policy Unit of the Fiscal Affairs Department at the International Monetary Fund (IMF). He is working mainly on tax policy issues in developing countries.

Policymakers must take lessons from the measures that did not work to tackle the Great Recession, as well as those that did. 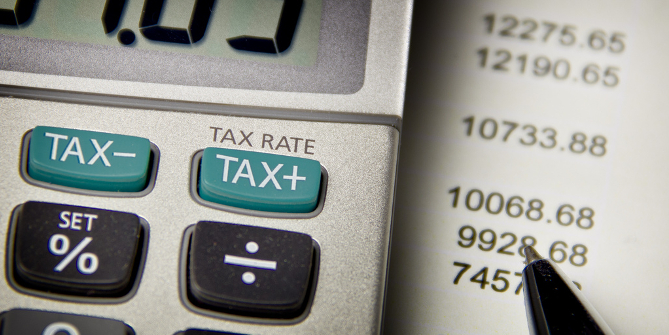 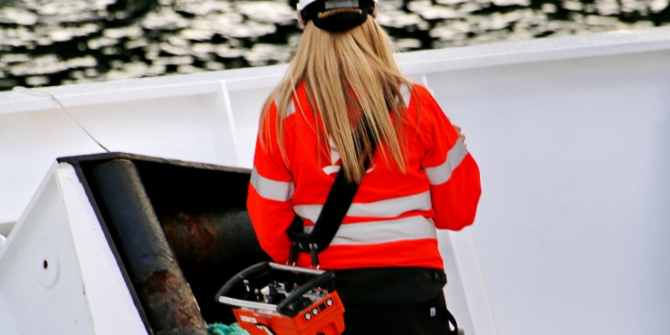