The expanded presence of multinational enterprises in the world raises questions about how a country benefits from foreign direct investment. Kasper Vrolijk looks at global value chains (firms organising production across multiple countries) and “superstar firms”, those accounting for a large share of overall economic activity, with market concentration. He suggests that governments might have to adopt firm-specific policies, weighing the benefits and drawbacks of providing subsidies to attract multinationals.

Multinational enterprises (MNEs) have expanded rapidly in the past decades. Global foreign investment flows increased from US$ 0.2 trillion in 1990 to US$ 1.5 trillion in 2015. At the same time, sales of foreign affiliates increased from US$ 7.1 trillion to US$ 31.2 trillion between 1990-2019. This development has been coupled with an active public and academic debate about the benefits and drawbacks of foreign direct investment.

While the most recent wave of globalisation has not been notably different, in the last two decades it has coincided with two important trends: the emergence of global value chains (GVCs) and “superstar firms”. On the one hand, firms increasingly organise production across multiple countries with the aim of accessing intermediary inputs or servicing foreign markets. At the same time, a few “superstar firms” have increasingly accounted for overall economic activity, as technological changes relocated sales toward most productive firms and increased market concentration.

These forces fundamentally changed the nature of foreign direct investment (FDI), and its determinants and implications. In a recent paper, I examine the evidence on FDI considering these developments and draw from it two conclusions. First, multinationals often provide positive spillovers effects to domestic firms and workers, but we know much less about the competition effects from FDI. Second, “superstar firms” have too emerged in global markets, which suggests that the FDI effects on domestic firms and workers may be less favourable: the positive spillover effects from foreign investment may be reduced, while (negative) competition effects further enhanced.

The (largely) positive effects of FDI

There is by now overwhelming evidence that multinational enterprise (MNEs) can enhance productivity of domestic firms and that MNEs do so through multiple channels. In Costa Rica, for example, domestic firms were found to employ 26 per cent more workers and have 4-9 per cent higher productivity four years after they started to supply to a first MNE. In Bangladesh, domestic garment firms improved productivity when they started sharing suppliers with MNEs, because MNEs started promoting quality and variety at their local suppliers. In China, evidence on joint ventures suggests that MNEs influenced domestic innovation and productivity, both at the joint venture firm as well as at firms upstream from and in the same industry as the joint venture.

Evidence using new microdata also provides evidence of positive effects on domestic workers and their earnings, although it suggests that gains are unequal. In the U.S., entry of a foreign MNE meant a 7 per cent increase in wage for those employed at the MNE (compared to wages for similar workers at domestic firms) although the effect was larger for higher-skilled workers. The expansion of the MNE also resulted in increases in employment, value added, and (for higher earning workers) wages at domestic firms. Similar evidence from Costa Rica showed a “wage premium” of 9 per cent for workers in MNEs (compared to domestic firms) and found that MNEs increased the growth rate of earnings in domestic firms.

Unfortunately, we know much less about the competition effects from MNEs. Evidence on trade suggests that trade liberalisation shifts economic activity towards the most productive firms, which is beneficial as it increases overall productivity (see Chile). Yet, we also know that trade liberalization can displace domestic workers that in turn end up unemployed or in the informal sector (see Brazil). A recent study on competition suggests that MNEs can result in competition effects across multiple dimensions: when MNEs compete with domestic firms in their local product market it leads to decreases in revenue and employment for domestic firms without increases in firm productivity; however, when MNEs compete for domestic labour it results in reduction in employment at domestic firms but increases in firm productivity and revenue.

Do the fragmentation of production in global value chains and the concentration of economic activity among few “superstar” firms affects these productivity and competition spillovers? It has now become clear that firms can have large market power, and as a result, can pay workers below the value they produce and charge consumers prices that are higher than production costs. In many industrialised countries, for example, this price markup has contributed to a decline in labour share in GDP and reduced labour market dynamism.

At the same time, we know that global trade is accounted for by a few firms. In the U.S., the top one per cent of the largest firms account for 80% of total trade; the share of exports accounted for by the top one per cent is equally large in other countries, such as Hungary (77% of total trade), Germany (59%) and Italy (33%). New data on U.S. MNEs that operate in the EU reveal that foreign affiliates of these MNEs, which pursue production and sales in local markets, are characterised by rising “markups” and declining labour shares, which suggests market power is rising in global markets.

Although the evidence on these developments has not yet been fully explored, we can speculate about their implications for domestic firms and workers. In terms of positive spillovers, it is expected that superstar MNEs (which are often highly productive) provide greater knowledge or technology spillovers than non-superstar firms. Nevertheless, we in fact observe that productivity growth is reduced, highlighting a growing gap between “superstar” firms and remaining firms, suggesting that superstar firms have become better at limiting technology diffusion to “laggard” firms. At the same time, if MNEs are “superstar” firms and capture increasing market shares, they may raise competition levels and increasingly lead domestic firms to exit the market.

First, the emergence of global value chains and superstar firms in global markets suggests that firm-specific policies are important, both when countries try to benefit from (positive spillovers) or harness against (competition effects) foreign investment. Country-level policies may not suffice to benefit or protect domestic firms and workers from globalisation. Second, whether multinationals are “good” ultimately depends on its aggregate outcome: positive spillovers may be plenty, but they are beneficial only if they outweigh any negative (competition) effects. When governments provide considerable subsidies to attract MNEs, with the aim to generate employment and improve productivity, weighing these benefits and drawbacks is important. 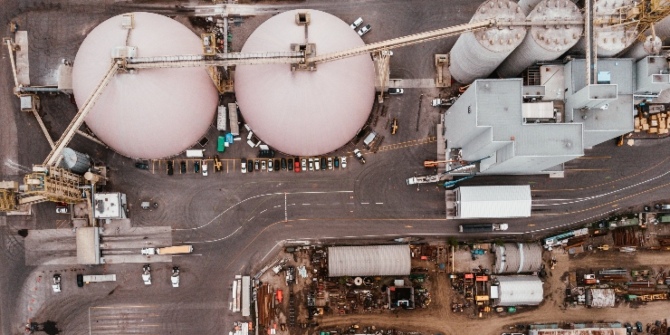