Once the poster child of digital disruption, Uber sees its business strategy now beginning to fall apart. George Maier looks at Uber’s strategy and asks whether this could be the first domino in a downfall of unprofitable digital-platform companies.

For the past 12 years, Uber has attempted to “disrupt” the taxi industry by focusing on a streamlined app-based customer experience and the idea that anybody with a driver’s licence, car and some spare time can earn some extra cash from giving strangers a lift. The name Uber is now globally recognised, with operations in 69 countries as of 2019 – the same year it secured its place as a publicly traded entity with a flotation on the New York Stock Exchange.

The company’s meteoric rise has made its name ubiquitous as the front-runner of the emergent “gig economy” or “sharing economy” – terms which have found widespread colloquial uptake but fall short in academic circles for their lack of clear meanings or conceptual boundaries. Regardless of disputes over language, Uber has undoubtedly set the pace for an economic period defined in part by the rapid expanse of digital platforms that have quickly become substantial market players. Whether or not they have disrupted the markets in which they operate, the likes of Uber, Lyft, Airbnb, DoorDash and Deliveroo have cemented their names in the zeitgeist and absorbed vast amounts of attention from a diverse spectrum of stakeholders.

However, this boom has been driven by a surge of venture capital provided on the assumption that platforms’ business strategies had a profitable future in view; By looking at four aspects of Uber’s strategy, I aim to show that this premise is looking increasingly fragile. If Uber becomes the new Blockbuster, a nostalgic icon of an unsustainable business model, then what does this mean for the wider market going forward?

Not a profitable business model

One of the key talking points, among value investors and on-lookers alike, is the fact that Uber has failed to produce a single profitable quarter since it began trading publicly. In fact, Uber lost $8.51 billion in 2019 and $6.77 billion in 2020. Tech crunch reported in February of 2021 that Uber is now attempting to define its own earnings metric, that excludes 12 categories of expense, in order to attempt to define itself as profitable by the end of the year. However, under normal accounting rules, profitability remains on the distant horizon. Many believed that Uber’s profit would come once it had established a dominant status in the market – something which is looking increasingly less likely as competition increases.

Monopoly has been fragmented

When Uber first launched in 2009, its business model was somewhat novel – it quickly became the name in private hire vehicles across many international markets. However, there is little that Uber can do to legally protect its platform-driven approach to the market that initially set it apart, and competition has quickly emerged from the likes of Lyft, Ola and Via. Elsewhere, Uber exited the China market entirely, selling off its Chinese operations to Didi who were the platforms’ chief competition in the region having around 80 per cent of the market share.

The key factor that set Uber apart for many venture capitalists was its scalability; being structured around a lean digital platform allowed the company to rapidly expand into new geographic territories. It never had to worry about the expansion of overhead and risk associated with employment agreements and fleet management. This was outsourced to individual drivers who operated, according to Uber, as independent contractors. This arrangement, however, has started to face substantial legal challenges.

In 2021 the UK’s Supreme Court issued a ruling that Uber drivers meet the legal definition of workers due to the amount of control the platform maintains over how they work. As such, the court upheld the decision that drivers should be entitled to minimum wage payments, holiday payments and other workers’ rights. Further, these entitlements extend to the entire time that drivers are logged into the app ready to accept trip offers, not just when they are carrying passengers.

In California, apps such as Uber and Lyft lobbied (spending in excess of $220 million) to introduce proposition 22 – a legislative change which would exclude gig economy drivers from employment rights. However, shortly after passing, the proposition was ruled to be unconstitutional and, therefore, unenforceable.

These challenges to Uber’s business model will undoubtedly introduce additional strain. The platform had relied on offering a low-cost alternative to traditional taxis in order to support its rapid growth across new markets, but labour liabilities will inevitably lead to increased prices that will erode demand for Uber rides and reduce turnover.

A point of hope for many investors was the prospect of self-driving cars allowing Uber to make its service more efficient. In London, Uber takes around 25 per cent of the revenue generated by rides, the rest going to drivers to cover the expenses involved in running the vehicle and to provide them with an income for their labour. Replacing external drivers, and their individually maintained vehicles, with a standardised in-house fleet of self-driving electric cars could, in theory, see substantial reductions in operational cost. Uber invested billions into autonomous vehicle research through its Advanced Technologies Group subsidiary – before selling off this arm of its operations in 2020 to focus on its core profitability. Self-driving cars still face a number of key hurdles, while promises made by key pioneers in the field such as Tesla have repeatedly failed to materialise and faced accusations of over-promising functionality.

What would a failed Uber mean for the wider market?

It has been argued that Uber falls into a wider trend of subsidised luxury consumption – that venture capital and exploited workers have collectively been picking up the tab to allow for cheap prices on things that should always have costed more. We see this across many platform-driven services from private hire vehicles to food delivery, the latter of which has been propped up by charging high commissions (often 30 per cent of menu price) to restaurants who have struggled with in-person sales during lockdowns. If Uber’s business strategy fails to succeed, then it may cause the momentum behind the app-based venture capital frenzy to fade – and we may see a return to a more risk-averse strategic basis that puts an increased emphasis on medium-term, rather than long-term, profitability. Deliveroo, a food delivery competitor to Uber Eats, has traded substantially below its IPO price since it launched on the London Stock Exchange in April 2021, showing a potential growing hesitation emerging in the market for risky platform operators. If Uber does fail, the “sharing economy” strategy will have to shift some of its focus from expandability to profitability.

George Maier – LSE Department of Media and Communications
George Maier works as a fellow at LSE, researching digital platform economies and their impacts on socio-economic relations. For the past four years he has conducted specific research on gig and sharing economy platforms such as Uber, Amazon Flex and Airbnb. His work has explored the role of rating and review systems in (mis)recognising value on platforms, alongside issues of labour exploitation and debt. 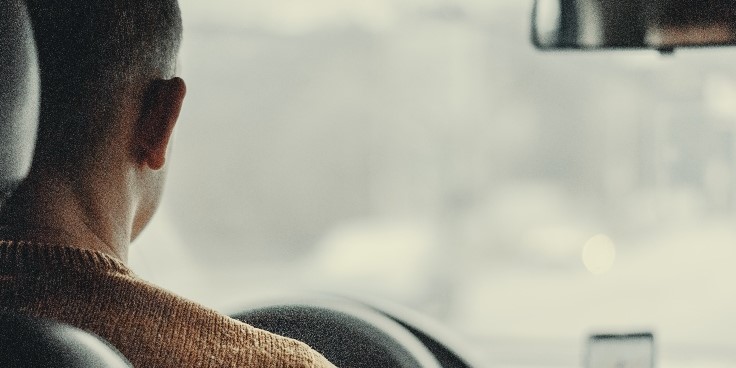