In White Philanthropy: Carnegie Corporation’s An American Dilemma and the Making of a White World Order, Maribel Morey explores the story behind the production of the influential study on US race relations in 1944 by the American philanthropic foundation. This is an engaging and nuanced empirical account of how asymmetries in knowledge production, perpetuated by elites, have worked to uphold a white world order, writes Juvaria Jafri.

Maribel Morey’s White Philanthropy: Carnegie Corporation’s An American Dilemma and the Making of a White World Order is the story of how, and why, an American philanthropic foundation produced an influential study on race relations in the US in 1944. The nine chapters of White Philanthropy capture the global intellectual and political circumstances of this project, particularly the cross-Atlantic collaborations between white philanthropic administrators, advisers, managers and researchers. An exemplary achievement of this book is that it meticulously dispels the claim that An American Dilemma was a project for Black American equality. It is also an engaging and nuanced empirical account of how asymmetries in knowledge production, perpetuated by elites, have been pivotal in upholding a white world order.

For those unfamiliar with the context, An American Dilemma: The Negro Problem and Modern Democracy is a two-volume publication, commissioned and financed by the Carnegie Corporation of New York between 1938-44, that came to be regarded as a leading commentary on racial politics. The study was led by Gunnar Myrdal, a Swedish scholar and politician, known as an economic policy and population expert. Newspapers and magazines in the US responded to the study positively, and Myrdal received acclaim for arguing that anti-Black discrimination is a moral problem. According to the study, racial equality required that white Americans commit — through the national government — to assimilating Black Americans into dominant white US life.

Some critics of An American Dilemma were vocal about the publication’s tacit endorsement of white supremacy and Black subordination; others objected to it for very different reasons. The former set of critiques is found in the work of scholars such as Ralph Ellison, who noted that Myrdal’s perspectives bolstered, rather than challenged, white American notions of cultural superiority. Other anti-imperialist scholars, including Charles V. Hamilton, Kwame Ture (then known as Stokely Carmichael) and C.L.R. James, drew attention to how the study offered justifications for white dominance. But not all critiques were anti-imperial: white supremacist critiques of An American Dilemma came to the fore after the book was cited by the Supreme Court in Brown v. Board of Education, the landmark case that led to the end of racial segregation in US state schools.

The earlier chapters of the book are an introduction to a central figure in the Carnegie Corporation, Frederick Keppel, president of the organisation between 1923 and 1941. Keppel assumed this role less than four years after the death of Andrew Carnegie. He was constrained from taking up initiatives during the early stage of his appointment because large amounts of funding had already been allocated to various projects voted on in previous years. For this reason, Keppel was drawn to using a ‘Special Fund’; discussions around the geographical scope of this pool of money reveal Carnegie’s vision for the corporation and capture how his philanthropy was directed at white people in the Anglo-American world.

A key figure in this regard was James Bertram, who, as Keppel soon discovered, was unafraid to vote against the entire board. Bertram was adamant that Carnegie’s intention for the Special Fund was to assist white Anglo-Americans in those parts of the British Empire — primarily Canada, Australia, New Zealand and South Africa — where white people dominated. The corporation’s first education grant to Kenya in 1925 was also found to be consistent with Carnegie’s vision. Over the next few years, the corporation made more grants to colonial Africa to advocate segregated agricultural and industrial education for Black people. This was also an extension of the Tuskegee model of education, valorised in a 1917 government report; W.E.B. Du Bois and Carter Jackson were vocal critics of its insistence that Black people must focus on vocational and agricultural training.

The Carnegie Corporation’s work in Africa also reflected Keppel’s growing interest in social science research on the management of ‘subject races’. More specifically, the corporation was eager to study how a growing racial consciousness among Black people threatened the international order. Following a reconnaissance trip, the corporation realised that Anglo-American dominance was at risk in southern Africa because of Afrikaner nationalism. To understand how white solidarity could improve, the corporation funded a study, using a ‘cooperative’ approach, on poverty among white South Africans.

The Poor White Problem in South Africa was published in 1932 and contended that with proper education and training, white South Africans could overpower, and demonstrate their superiority over, Black South Africans. For a subsequent study, following meetings in London with advisers from Chatham House, the Carnegie Corporation appointed Malcolm Hailey, a colonial administrator, to lead research on how white policymakers across imperial Africa might coordinate their policies on the continent. Hailey’s African Survey was published in 1938 and implored white readers to continue its data-collection work and fulfil their responsibility of developing the continent. Keppel was pleased with the success of the study, which became essential reading for government officers and academics with interests in Africa. The Carnegie Corporation was thus inspired to carry out a similar project in the US.

The later chapters of Morey’s book explain how Keppel planned another cooperative study. Like the Hailey study, this new project would be a resource for white policymakers to share their experience and coordinate policies on Black people. Partial motivation for this study came from the perception that agricultural and vocational education was not enough to resolve the societal problems of Black people. These issues came across as formidable to some corporation trustees, who also saw Black Americans as analogous to colonised groups in the British Empire.

It was assumed that as a European, the Swedish scholar Myrdal would be less prone to bias, and after careful consideration, he was selected to direct the study. The Myrdal family moved to New York in 1938. Earlier, in Sweden, Gunnar and his wife Alva had received recognition for their social policy research and were active members of the Social Democratic Party. Both husband and wife were also recipients of Rockefeller Fellowships which allowed them to make academic trips to England and the US in 1929-30 and build connections with US elites. An American Dilemma was published in 1944 after extensive fieldwork which involved discussions with key policy figures including Eleanor Roosevelt, Harry S. Truman, Felix Frankfurter and many others from federal, state and municipal authorities. Despite her intellectual contributions to the project, Alva Myrdal did not receive any credit for An American Dilemma.

The concluding sections of Morey’s book explain how the publication was received in policy circles. While it achieved Keppel’s immediate goal of bringing together white policymakers to follow a programme of assimilating Black Americans into white US life, it did not lead to stability in white domination because it overlooked the nature of Black resistance to oppression. This became obvious when movements such as Black Power, Black Consciousness and anti-colonial campaigns gained traction not only in the US, but across the world.

White Philanthropy is a vivid and thorough account of how a wealthy and powerful philanthropic organisation initiated, and eventually completed, a project to establish how white governance could improve the status of Black people. Morey’s work draws close attention to the capacity of elite philanthropy to disseminate and uphold ideologies. More importantly, it carefully explains the tools and mechanisms that make this, and a white world order, viable. 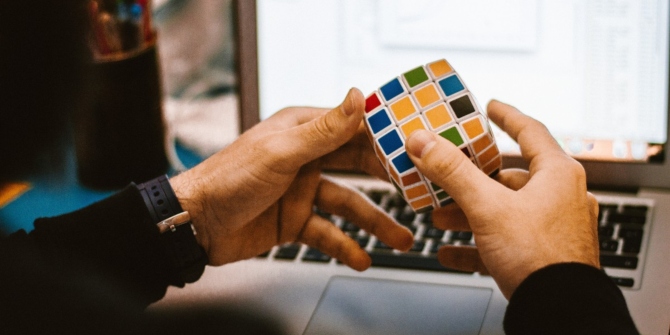 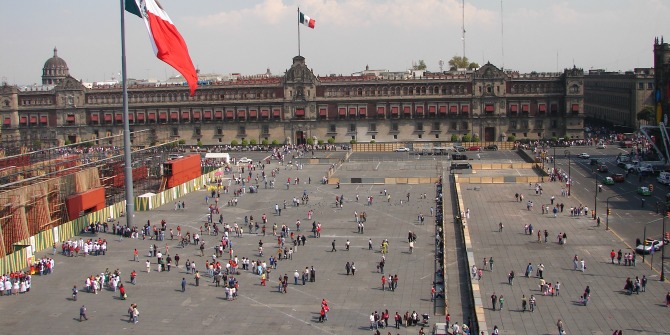 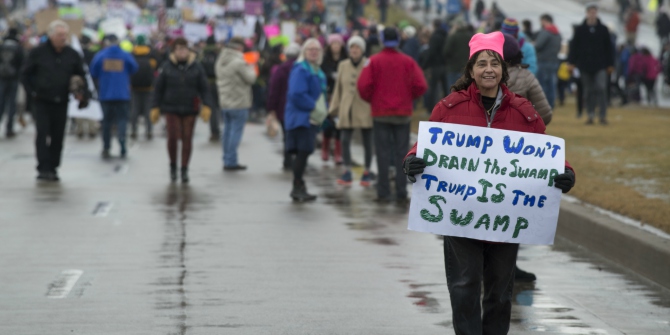