While cannabis decriminalization and legalization has grown across the states, the profits from cannabis-related businesses have tended to flow mainly to white men, raising issues of equity. In new research, Lee Hannah, Daniel Mallinson, and Lauren Azevedo evaluate measures introduced in Pennsylvania to improve equity in who benefits from cannabis sales. They write that such efforts to diversify dispensary placements to allow for marginalized groups to take part are a starting point in making the cannabis industry fairer.

Cannabis has become profitable, but not for everyone

In the 1990s and early 2000s, medical and adult-use cannabis laws were most enthusiastically supported by Democrats and liberals, who viewed ending prohibition as a sign of social progress. More recently, however, conservatives and Republicans have slowly come around to weakening prohibitive cannabis laws, as supportive policies have continued to spread in red states, either motivated by the effective lobbying of sympathetic groups (children with epilepsy, veterans, etc.), the promise of a new and vibrant market that can provide tax windfalls and jobs, or by interest groups using the popular initiative to force the issue.

Yet this enthusiasm, especially from liberals, has been met with growing concerns about the lack of equity within many states’ cannabis markets. In 2021, medical and adult-use cannabis sales topped $25 billion (greater than Starbucks sales in North America) even though cannabis remains classified by US federal law as having “no currently accepted medical use and a high potential for abuse.” These profits, however, are overwhelmingly going to white-owned businesses. A 2021 survey of the 14 largest publicly traded cannabis companies in the US and Canada found that 90 percent of executives are white (77 percent being men). These results are similar to a 2017 survey conducted by Marijuana Business Daily that found that 81 percent of cannabis business owners were white.

While concerns about racial wealth gaps are nothing new – they are particularly pressing in the cannabis industry given the overwhelming evidence that the war on drugs (and cannabis) disproportionately affected communities of Color.

Furthermore, federal prohibition increases the legal and financial risks for entrepreneurs in the cannabis industry compared to other endeavors.

States remain on the front lines as regulators of the cannabis industry while the federal government remains inactive. It is therefore up to the states to rein in these inequities. And recently, several states have added equity provisions to their adult-use and medical laws. The figure below shows that equity provisions were first incorporated in 2014 and appear in most state laws adopted since. In some states, like New York, equity has become the primary concern in developing cannabis programs.

Cannabis social equity efforts broadly fall into three categories: 1) criminal justice reform including the removal of conviction records for past cannabis offenses; 2) reinvestment of tax revenue into communities most harmed by the war on drugs; and 3) creating a licensing process that aims to be inclusive of people most negatively impacted by prohibition. In new research, we evaluated Pennsylvania’s medical cannabis social equity program, adopted in 2016, that aimed to incorporate diversity into its dispensary licensing decisions.

In 2016, Pennsylvania legislators developed a points-based system to award dispensary licenses that included two categories related to equity – a diversity plan and a community impact plan – with each worth up to 100 points of the total 1,000-point system. We were able to use publicly available data – Phase 1 and Phase 2 – from the licensing scores to determine whether diversity or community impact plans factored heavily in the licensing decision. Pennsylvania awarded its first licenses (Phase 1) in 2017 to 27 applicants (of 251) and a second round of licenses (Phase 2) in 2018 to 23 applicants (of 225).

In our analysis, we found that scores for diversity and community impact plans had little impact on whether an applicant was awarded a license in the first phase of licensing. That is, applicants that scored in the top 10 percent on their diversity plans (> 65/100) were no more likely to obtain a license than an applicant with an average score (41/100). The same was true for community impact plans, an average plan (44/100) was just as likely to receive a license as a top ten percent plan (58/100). Instead, applicants with high marks for security, safety, capital, and business history were most likely to obtain a license.

Photo by Cova Software on Unsplash

However, in the second phase, we found that diversity scores and community impact scores significantly increased an applicant’s chances of winning a license. While other key factors from Phase 1 remained important in Phase 2, there were at least some signs of progress with Pennsylvania rewarding applicants with strong diversity and community impact plans.

The way Pennsylvania narrowly defines diversity and treats equity in cannabis policy also offers important points for discussion. Most notably, Pennsylvania’s definition of diversity measures (disadvantaged businesses, minority-owned businesses, women-owned businesses, and service-disabled veteran-owned or veteran-owned small businesses) does not necessarily promote equitable outcomes for all historically underrepresented groups. Additionally, these drug reform measures certainly do not erase the effects of the war on drugs, which harmed communities of Color. That said, Pennsylvania’s equity efforts are a starting point for an emerging industry to become fairer and more equitable. These attempts, in turn, can provide a policy mechanism to explore social equity measurement.

States can learn from one another to achieve greater equity

Legal cannabis continues to grow and expand across the American states. It is critical that this emerging industry becomes fairer and more equitable, as equity is a key pillar of good government and public administrators have a responsibility to reduce inequality, unfairness, and injustice. As various states have started to address equity in the design of their policies, we must also evaluate whether they work to achieve the end goals. Our research provides one approach to evaluating the effectiveness of equity plans. In turn, states can learn from others’ experience and develop more effective plans, and as states consider adoption and implementation of cannabis laws, equity and racial justice should ascend as top priorities. 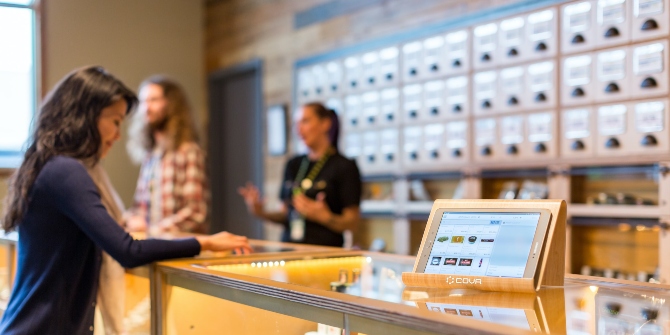