As forced migrants arrive in their destination countries their struggles do not necessarily end. Serena Clark, Kevin Marshall and Katriona O’Sullivan give an account of interviews conducted with migrants in the US and Ireland to uncover the problems they face in trying to integrate in their new society. The continuing difficulties that migrants face in these countries and elsewhere suggest that the current management of refugees and asylum-seekers in the United States and Ireland is in need of reform.

We often frame the story of migration as escaping disaster and arriving at safety. However, the accounts of those fleeing conflict, natural disasters, persecution, and more do not stop once they are permitted entry into their destination country (if they make it that far). In new research, we spoke with 39 refugees and asylum seekers living in Ireland and the US to learn more.

Global migration trends are placing many people at risk

The most tragic migration stories speak to the incredible dangers that refugees and asylees endure. According to the Missing Migrants Project, since 2014 there have been 49,746 migration-related deaths, with many people unaccounted for and still missing. With an estimated 650 deaths in 2021, there are increasing migrant fatalities in the US-Mexico border region due to dehydration in the severe summer heat and drowning in the Rio Grande and canals. Europe is no stranger to these tragedies either, with over 1,500 people drowning in the Central Mediterranean while trying to reach European shores in 2021 and 600 missing in the first three months of 2022.

In September 2021, we saw images of people hanging from planes trying to flee Afghanistan as American forces withdrew after 20 years of occupation. By the end of 2021, the level of migrant detainments in the US reached levels not recorded in 20 years. With 1.5 million people arriving and crossing at the US-Mexico border, Border Patrol conducted over one million expulsions and deportations. Similar occurrences happened in the European Union. As part of the EU, Ireland experienced a significant increase in people seeking asylum, surpassing pre-pandemic levels. Currently, the ongoing conflict in Ukraine has displaced more than 12.8 million people internally and externally, with five million fleeing to neighbouring countries and 6.1 million seeking refuge globally. These events raise questions about ethical, equitable, and sustainable migration processes.

Yet, the story does not stop for the ‘lucky’ ones who survive the journey and enter a host country. As their ‘new’ lives begin, their experiences are repeatedly left untold, but the story is not over and tells of further hardship. While migration is essential to society, the potential benefits are not assured and regularly mirror and support pre-existing structural, societal, and spatial inequalities.

Migration stories from the US and Ireland

Refugees and asylees face disproportional barriers in the US and Ireland. They experience considerable challenges, such as dislocation, isolation and exclusion, lack of information and support, language barriers, unresolved trauma, discrimination, and dehumanizing living conditions. Many interviewed regarding their experience of the migration process jokingly offered that it would be better to deal with the problems back home than to continue living in the US and Ireland, evidence of the failings of migration policies.

Photo by Etienne Girardet on Unsplash

Resettlement processes in the US often help refugees, and asylees find housing, providing them with goods and services when they arrive. Still, most say after the initial help, resettlement agencies tend to disappear; leaving new arrivals  on their own to navigate life. At the same time, others are left to find a home without the support of resettlement agencies. As one of our interviewees put it:

They bring us to the apartment and then leave. We don’t know where to go. We don’t know what to do. And then (the resettlement agencies) think, ‘we helped them, we provided them with a home, and told them what to do.’ They put in the effort they are required to by the government. We are left behind.

There is a family who came, and they said go and look for a home. How are they going to look for something they don’t know anything about? They bring us and tell us we have to look for a home. We already have a hard life; we have come from war. Teach us what to do. Educate us.

Meanwhile, Ireland accommodates refugees and asylum seekers in Direct Provision centres, often referred to as ‘camps’ by those living there. Though they want to live with dignity, work and integrate into their communities, the Direct Provision system prevents this and often leaves them in limbo for years without an option to do any of these things. One young person told of arriving in Ireland when she was ten. She is now in university, not permitted to work like her peers, and her family recently received a deportation notice.

Though her story is all too common, it was a feature in the interviews that refugees and asylees want to contribute to Irish society and have the security to make life choices.

Refugees and asylees want to integrate and contribute to bettering the country…We are all human beings. We all deserve to live with dignity and respect…No one should be doing injustices or ill-treating humans…I hope this issue about ending Direct Provision becomes a reality.

Living in Direct Provision and going through the asylee or refugee application process is detrimental to the mental and physical health of those in the system.

I kept saying that if I have an enemy that I want to punish, I will not punish that enemy by this means (the immigration process). I would just kill you. It’s just the worst nightmare any woman can; any mother can go through. Just the worst. And from that experience, I was asking myself this question: I don’t think I want to commit suicide, but when I became so pushed and crying, you know.

A need for change

Displaced populations are growing worldwide and this trend shows no signs of abating. Without more humane and sustainable policies, many will remain at risk in the future. Migration tragedies are an all too often recurrence that generates a slew of platitudes offered by world leaders with little concerted effort to prevent them from happening again. After the capsizing of a boat in the English Channel, where 27 people drowned in 2021, French President Emmanuel Macron’s promise that ‘France won’t let the Channel become a graveyard’ is a telling reminder that the impetus to enact change lasts as long as the news cycle. Once out of the news and the public eye, the experiences of migrants fade away; a momentary memory loss until the next tragic event.

Though debates have come up in contemporary political discourse in Ireland and the US, migration politics has become a political talking point between opposition parties. Some take a hardline against incoming refugees and asylees, while others seek to reform the obviously broken systems that leave many in hardship. With this in mind, the Irish and US governments, the international community, and resettlement agencies, to name a few, must reconsider policies and actionable outcomes to facilitate refugees and asylum seekers’ full participation in society, democracy and the economy.

Serena Clark – UN Migration
Serena Clark is a consultant at UN Migration. She recently completed a postdoctoral research fellowship at Maynooth University. She holds a doctorate in global politics from Trinity College Dublin, where she was a Rotary Global Grant Scholar. Her research interests include migration, policy, global politics, and peacebuilding.

Kevin Marshall – Microsoft Ireland
Kevin Marshall is the Head of Education, Microsoft Ireland, where he leads a team of dedicated professionals committed to enhancing the quality of Teaching & Learning using technology. He has represented IBEC on several committees, Teaching Council, National Council Curriculum and Assessment (NCCA) & Marino Institute of Education.  He has a BA (Hons) Psychology, University College Dublin, an MSc in Occupational Psychology, University of Hull and a PhD, Educational Measurement & Research, Boston College. 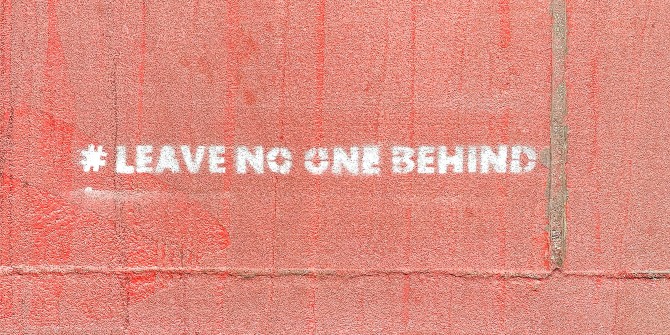