In Remaindered Life, Neferti X. M. Tadiar examines modes of living that go beyond the binary  of ‘productive’ and ‘disposable’ life propagated under global capitalism. This comprehensive and imaginative account is not only compelling for exposing the brutality of our current global political economy but also for doing justice to the complexities of moving beyond it, finds Helen Mackreath.

Neferti X. M. Tadiar ends the last chapter of Remaindered Life with a quote from Theodor Adorno’s Minima Moralia: ‘If [Walter] Benjamin said that history had hitherto been written from the standpoint of the victor, and needs to be written from that of the vanquished, we might add that knowledge […] should also address itself to those things […] – what might be called the waste products and blind spots that have escaped the dialectic’ (301).

Remaindered Life sets out a rigorous account of these ‘waste products’ of global capitalism, foregrounding an argument for the necessity of ‘understanding another side of capitalist production, which centers not so much the productive activity of life but its expenditure’ (xiv). Tadiar presents the role played by the ‘reproduction of surplus life’ and ‘the status, condition and work of disposable life that is the very basis of ‘‘global life’” (xi), which ‘relentlessly seeks value in every morsel of existence, including what it would cast out as waste’ (331). She distinguishes between what she terms ‘lives worth living’ – those seen to have the ability to accumulate value and transmit this across generations – and ‘lives worth expending’ – those who will always be ‘sinking’ in value and instead accumulating waste.

Rather than reifying these categories of ‘valued’ and ‘expendable’ life, Tadiar traces the contours of their constitution. According to her critical retelling, the binary oppositions between exclusion and inclusion, rights and rightlessness, freedom and unfreedom, human and inhuman, work to depoliticise other practices of ‘life-making’. Instead, she introduces the concept of ‘remaindered life’ – a ‘modality of living that exceeds the necessary reproduction of the ‘‘becoming human’’ as a resource of disposable life for capital’ (13). Tadiar asks what kind of life is possible beyond the life forms that drive the global economy (20-21).

This perspective is made possible by Tadiar’s positioning of the categories of ‘life’ and ‘human’, which ‘foreground differences in their social uses, practices, valorization and inhabitation’ (97). She argues that the structural dynamic of the finance-driven global capitalist economy is now underwritten by a distinction between ‘valued’ and ‘disposable’ life: ‘the work of living is parsed continuously through categories of value and waste, categories that operate through complex local and universal systems for calculating social worth (sex-gender, race, ethnicity/nationality, sexuality, religion)’ (6).

This ‘work of living’ marks both a continuation of, and departure from, post-Fordist, biocapitalist systems in which capitalist accumulation has been constituted by ‘life as labour’, absorbing supplemental and reproductive forms of labour into processes of accumulation. What distinguishes this moment, Tadiar argues, is ‘the multiplying, fractal scales in which the intensive capitalization of the waste and wasting of things, people, space and time – and their derivatives –is carried out’ (32).

Examples of disposability, surplus and abandonment can be found in the ‘open prisons of occupation (in places like Gaza, Afghanistan and Iraq), closed prisons of judicial punishment, urban slums and ghettoes, and forsaken periurban and rural zones’ (58), as well as those ‘targeted for injury and elimination in policing wars or for ‘‘rescue’’ in humanitarian campaigns’ (xiv). These are places of the ‘production of permanently liquid and liquefiable populations’: the undocumented, the unemployed, the criminalised, the displaced and the homeless (26). These require ‘attention, response, action: management, transportation, containment, disposal’ (58): in other words, ‘a strategy of the active wasting of life’ (xiii). This reflects Tadiar’s argument that ‘not all life is valorized or valorizable, that the extraction of value from ‘‘life’’ takes place through more than one modality, and that ‘‘life’’ in the complex dynamics of capitalist processes assumes radically contradictory forms’ (92).

From this telling, the war to be ‘human’ and to live a life ‘worth living’ is waged against a life of waste and absolute expendability. Tadiar invites us to think about ‘our political moment in terms of a complex, potentially antagonistic relation between a war to be human and becoming-human in a time of war’ (5). This emerges out of competing conceptions of what it means to ‘be’ or ‘become’ human and who is allowed to attain this in a period when ‘more and more people are pushed to the very edge, if not completely beyond the bounds, of global humanity’ (5).

In Tadiar’s formulation of the struggle to become ‘human’, much seems to hinge on how she understands the category. She suggests that even as the meaning of being human undergoes revision in the face of contemporary social and technological changes, ‘the inheritances of colonial history continue to determine the subjective and material protocols ensuring the human as a status of primacy and geopolitical belonging’ (6). She describes ‘the human’ variously as ‘the abiding category for valued existence or what the global deems life worth living’; ‘a value-constitutive activity and its living itself a form of labour’ (13); and ‘humanity’ as primarily a category of the protected, a status that accrues to full-fledged subjects under the universal law of state sovereignty (11).Yet despite this criticism, she doesn’t reject the category of ‘the human’ entirely, arguing instead that:

Becoming human is this continuing struggle, neither an ideal nor a model of a political project, not yet a polity but, rather, multiple strategies of survival and thriving against the disposability of one’s own life, including the shared being of one’s belonging. This struggle thus poses a different question, beyond the question of the human that founds its own disposability (21).

The challenges of organising around such a vision are clear. If the construction of human lives as either ‘value’ or ‘waste’ is the key distinction carved by finance-driven capitalism, and the struggle to ‘become human’ is fraught with the danger of becoming ‘dehumanised’ by the valorisation of the market, the ‘remainder’ is that which exists outside of these dynamics. To find it, Tadiar suggests, ‘we must follow this subsumption of life through the categories of value and waste to see how dominant protocols for being human and the war to be human are intertwined with the protocols for making life into labour and for wasting life as enterprise’ (14).

This quest establishes the opening for the book’s movement across an array of spaces, from warfare to global infrastructure to the ‘uber-urbanization’ of cities. Tadiar describes the figure of the disposable migrant woman and her ‘diminishing capacity to produce value’, which embodies the wasting end of ‘the dehumanizing process behind forming variable capital’ (10). She introduces us to Mar, a private chauffeur in Manila, the Philippines, whose professional life is guided by the mantra that ‘the whole development of wealth rests on the creation of disposable time’ (167). She describes Mar as serving a ‘vital infrastructure’ which is both a ‘generator’ and ‘channel of capital flows’ (171), facilitating connections and interfaces between capitalist machines. Today, she argues, migrant workers ‘act at once as manipulators of liquidity and as liquid assets themselves (171). The function of the global economy and social reproduction is about the ‘conversion of peoples’ idle times, their waste of times, the life-times of waste into the work of waiting on others’, which are highly gendered and racialised processes.

In the opening pages of Remaindered Life, Tadiar outlines her intention not to present new evidence, but rather ‘to provide a way of seeing and interpreting abundant empirical cases and reports across diverse contexts, and to offer a conceptual vocabulary and syntax for understanding them and their connections to one another’ (xvi).

It transpires by the end of the book that this attentiveness to methodology is nothing less than the crux of how Tadiar conceives of ‘remaindered life’ itself – not as ‘resistance by any existing political measure. Nor is it a potential to be tapped, mobilized and organized […] What we take as remaindered life is as much the method or mode of our attention, as it is a life-making practice’ (330). This may be an unsatisfactory position for those seeking to dismantle the forms of capitalism Tadiar describes or shift the dynamics by which life is made ‘disposable’ in the first place. This is made even more apparent in her warning that: ‘There is no guarantee that what was remaindered will not find itself valorized at another moment, just as today the “merely reproductive lives” of many have become directly capitalized. Remaindered life is rather a vanishing horizon, one not of potentiality but of actual living without value’ (69).

Despite the ambiguities through which the concept of ‘remaindered life’ can be politically useful, Tadiar does not walk an entirely pessimistic line. This is clear in her understanding of ‘vitality’ which occurs ‘in encounters, in interactions with others […] not a positive object but a simultaneous happening-making that is also a capacity for bringing such happening-making about’ (72). While she warns that this capacity forms part of the ‘life’ that capital sets out to capture, she argues that it perpetually struggles to exceed the boundaries by which capital accumulation expands. She draws encouragement from the ‘vibrations of ephemeral existences that compose the substances and durations that we call ‘‘lives’’ and yet are not contained by them. My focus on remaindered life is thus a regard for this vitality that surpasses capitalism’s own vitalism’ (72, emphasis added).

This focus on vitality, movement and vanishing horizons, ‘like glints or floaters in our eyes’ (331), nevertheless stands in a tense relationship with Tadiar’s ultimate desire for ‘more generous worlds of mutual being and shared living’ (331), raising the question of whether these can ever exist as anything other than in uneasy flux. But her methodological focus on the ways that life-times are produced, saved and reinvested is not only useful for finding something salvageable in the cracks of time between capitalist processes. It also displaces the citizen as the privileged figure of today, moving beyond a world of ramparts and walls to critically interrogate concepts of value, dispossession, sovereignty through flows, fractures and circulations. Such a comprehensive, imaginative and carefully compiled account of the interstices of power and its workings at fractal and transnational scales is therefore compelling not only for exposing the brutality of our current global political economy but also for doing justice to the complexities of moving beyond it.

Helen Mackreath – LSE Sociology
Helen Mackreath is a PhD candidate in Sociology at LSE. Her research interests include race, capitalism and postcolonial theory in relation to migrants in Istanbul. 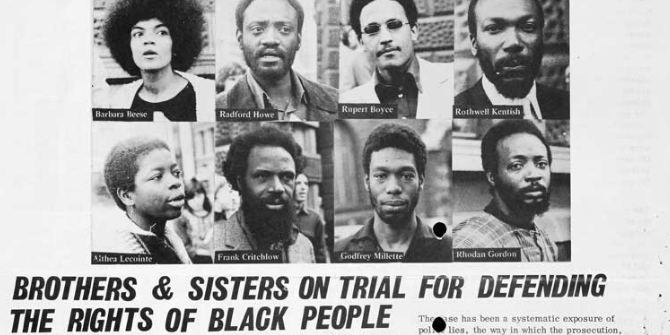 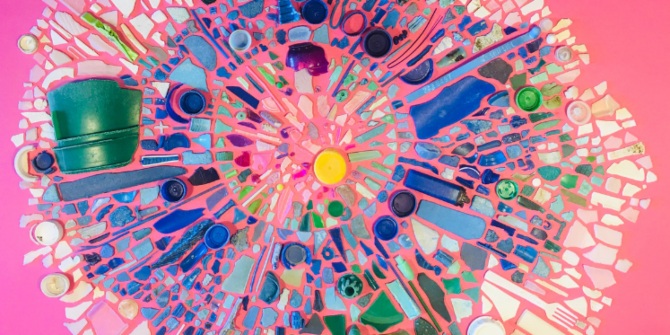