In The Founders, Jimmy Soni explores the compelling story behind the founders of PayPal and its early employees. This detailed and candid account shows how social capital fuels start-up growth and should offer insights that will aid industry and policy efforts to better mitigate the exclusionary tendencies of tech bastions in Silicon Valley, writes Robyn Klingler-Vidra.

The Founders: The Story of PayPal and the Entrepreneurs who Shaped Silicon Valley. Jimmy Soni. Simon and Schuster. 2022. 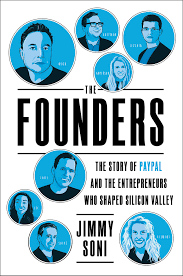 The online payments giant PayPal, which now has a market capitalisation of over 100 billion US dollars, is important in two ways. One, because of the formative role it played in the late 1990s of establishing the infrastructure for how we make payments on the internet, particularly in the US. Second, because its founders and investors – the so-called ‘PayPal mafia’ – have gone on to found and invest in some of the largest technology businesses that underpin much of life today (including LinkedIn, Tesla and YouTube).

Jimmy Soni’s The Founders gives an account of the founders – and early employees – of PayPal. The book is told as a story of this incredible cast of characters, their big personalities, their epic battles (including the merger of Confinity and X.com, which together formed PayPal) and their intense work culture. The writing is compelling, a sort of real-life version of HBO’s Silicon Valley, based upon Soni’s interviews with the founders and his forensic analysis of 20 years of interviews and speeches they’ve delivered.

The key characters (who you have a love-hate relationship with across the book!) include Elon Musk and Peter Thiel. You meet them in their formative years. For this researcher, the book offers wonderfully rich insight into how universities act as fertile ground for high-performing tech firms. The story is framed around how the founders met while studying at university together, especially at Stanford University (in the case of Thiel and Ken Howery) and the University of Illinois at Urbana-Champaign (UIUC) (in the case of Marc Andreesen, Max Levchin, Luke Nosek and Scott Banister). 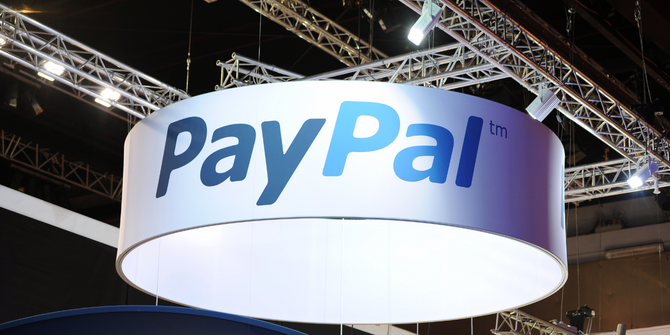 We often hear about certain schools adorning the paths of the founders of top performing technology firms. Stanford professor Ilya Strebulaev, and his Venture Capital Initiative, found that Harvard, Stanford and Wharton are the top three unicorn-producing business schools. Such findings validate our impression that certain places have some sort of magic in their ability to produce world-leading firms.

But what happens at those universities? Is it the classroom interactions and curriculum that sprinkle unicorn dust? Or is it the mingling at parties and clubs that fosters the ability to found and build high-growth companies? Do universities serve an entrepreneurship-infused Kool-Aid, boosting entrepreneurial intentions?

The Founders details the university education and training – which social scientists call ‘human capital’ – that fosters the abilities of such performers. Gary S. Becker’s Human Capital, for instance, delineates the resource as comprising ‘general’ and ‘specific’ human capital. General capital refers to transferrable skills, applicable to a number of industrial settings. Specific human capital, in contrast, is sector-specific.

In the case of the ‘PayPal mafia’, there is a remarkable concentration of specific human capital, particularly training in computer science. The Founders is adorned with the life stories of long-time computer programmers (for example, Levchin), complemented by a smaller number of those with social science backgrounds (notably Thiel who studied philosophy and then completed law school).

The human capital that the PayPal founders crafted through their formal university education is certainly part of their story. But the book effectively chronicles how it is social capital – distinct from human capital – that played the central role. This aligns with seminal sociology scholarship (see Pierre Bourdieu (1986) and James S. Coleman (1988)) that similarly argues that human and social capital are distinct sets of resources, albeit very much interrelated.

Social capital is understood to be a fundamentally relational resource, one that comprises social networks that help people access financing, jobs and other opportunities. Key work on social capital includes that of Mark Granovetter on the ‘strength of weak ties’. He argues that it is ‘weak ties’, rather than the ‘strong ties’ of close family or friends, that can help produce job opportunities. These connections foster social trust, which acts as a ‘sociological super glue’ for transactions and relationships.

The story of The Founders is one of social interactions. It is these, rather than what they were learning in the classroom, that led to key hires that helped drive PayPal’s performance. Clubs and labs – such as the Association for Computing Machinery (ACM) in the ‘Digital Computer Lab’ at UIUC (9) and the co-founding of the Stanford Review – fostered long-lasting relationships. For instance, Nosek, Levchin and Banister met at the ACM office at UIUC. Banister and Nosek would later set out to Silicon Valley together and co-founded a start-up. Levin later recruited Simmons, who he had also met ‘working on ACM projects’ (66). Spending long hours at university clubs and labs fostered the forming of ‘strong ties’ – they knew each other’s aptitude and work ethic.

These deep relationships informed in-network hiring practices for years. Soni remarks that ‘Nosek, Pan, and Simmons were friends from Illinois; other early employees came through that network and Thiel’s Stanford contacts’ (72). The ‘PayPal mafia’ relied on these trusted relationships when hiring for their growing business both at Confinity and at X.com, the predecessor firms that ultimately merged to form PayPal. The book replays a conversation between Thiel and Levchin, where Thiel pushes Levchin to recruit from his network saying: ‘You just graduated from one of the better computer science programs in the country. You don’t know anyone?’ (65)

This prompt led to Levchin hiring two of his former UIUC classmates, Yu Pan and Simmons. This aligned with Thiel’s view that ‘trust among teams was hard to build, and that friends-turned-employees came preinstalled with trust’ (72). However, PayPal’s COO David Sacks was quoted as saying that this school network-based hiring wasn’t necessarily everyone’s ambition. Rather, he stated that because of the ultra-competitive environment in Silicon Valley around the millennium, ‘we had to recruit our friends because no one else would work for us’ (74).

Second, school networks offered access to investment capital. Thiel’s initial involvement with the predecessor to PayPal was through his investment. His fund, Thiel Capital, invested in Nosek and Banister’s start-up after they were introduced through Thiel’s roommate at Stanford. Future investors also came from their social network. Confinity, for example, raised money from ‘friends, family, and fools’ (as is typical). The friends and family included Thiel’s parents as well as Norman Book, Thiel’s classmate at Stanford and co-founder of the Stanford Review (70). Stanford professors, like Dan Boneh and Martin Hellman, vouched for Levchin when asked by prospective investors (82).

For Soni, the notion of the ‘PayPal mafia’ is essential to understanding Silicon Valley today. Lead venture capitalists, like Andreesen, and high-profile entrepreneurs, such as Musk, continue to feature in headlines. Andreesen’s blue-chip venture capital fund, Andreesen Horowitz (a16z), just came under fire for its $350 million investment in WeWork founder Adam Neumann’s new start-up Flow. For many, this epitomises the tendency of Silicon Valley venture capitalists to back the founders they know.

As the huge fundraise by Flow suggests, there can be a downside to start-ups relying on social capital to hire and raise money. For the PayPal setting, as Soni notes, ‘hiring friends risks a cloistered, exclusionary monoculture and made it exceptionally hard to let people go’ (72). Hiring those like you – called ‘homophily’ – has been widely documented for fostering singular cultures that do not accept or value outsiders, or even outside perspectives. Network-based growth can also accentuate exclusions based on gender, ethnicity, age and disability. Policies work to reverse this exclusion to foster more ‘inclusive innovation’ environments.

The Founders shows how social capital – not necessarily human capital – fuels start-up growth. It reveals why and how such insider networks work, and how they backfire. For entrepreneurship researchers, it offers phenomenally detailed and candid accounts of how certain campuses engender unicorn birth. With this insight, industry and policy efforts can better design alternatives to university lab-fuelled trust and monocultures to mitigate the exclusionary tendencies of tech bastions like Silicon Valley.

Robyn Klingler-Vidra – King’s Business School
Robyn Klingler-Vidra is Associate Dean and Reader in Entrepreneurship and Sustainability at King’s Business School. She is the author of The Venture Capital State: The Silicon Valley Model in East Asia (Cornell University Press, 2018) and Inclusive Innovation (co-authored with Alex Glennie and Courtney Savie Lawrence, Routledge, 2022). Robyn’s research and teaching focuses on entrepreneurship, innovation and social impact. She received her BA from the University of Michigan, was a visiting scholar at the National University of Singapore Lee Kuan Yew School of Public Policy and obtained her MSc and PhD in International Political Economy at the London School of Economics and Political Science.