In Environmentalism and Global International Society, Robert Falkner explains how environmentalism has transformed from being largely a fringe social movement to a primary institution within global society. As societal circumstances change, academics and policymakers can use this book to better understand how social relations influence environmentalism and extend its insights into improving global environmental conditions, writes Dan Ziebarth.

If you are interested in this book review, you can read a recent LSE Research for the World article by Professor Robert Falkner on the role of great powers in the international politics of climate change.

You don’t have to be a scientist to be aware that climate change has become an increasingly prominent global issue, and consequently a central focus of global social and political concerns. Changing climate conditions across the world have led scholars in a range of academic disciplines to place greater emphasis on the relationship between climate change and humanity. In Environmentalism and Global International Society, Robert Falkner seeks to explain how, and why, environmentalism has gone from being largely a fringe social movement to becoming a primary institution within global society.

The book is divided into three main sections. The first part involves the theoretical background. The second is the lengthiest and covers the historical development of environmentalism through a global view. The third section presents analytical perspectives on how the theoretical background may be applied to future global environmental governance.

The focal point of the book is the spread of environmentalism as an international norm and how this change has been the result of interactions between state and non-state actors. The theoretical background is grounded in the ‘English School’ of International Relations, which focuses largely on how ideas and norms influence global society, as opposed to simply material power. Within the English School, there is distinction between the international system, which is the process of contact between two or more states impacting one another’s decisions; international society, when states share a common set of rules; and world society, whereby non-state actors interact with and alongside state actors (Hedley Bull, 1977). From this perspective, social structures and international institutions are particularly important for how we understand the rise of global environmentalism.

Another central aspect of the English School approach is the differentiation between primary and secondary institutions. Introduced by Barry Buzan (2004), this distinction separates primary institutions – those which involve deep and durable social practices viewed as legitimate behaviour in international society, such as sovereignty and territoriality – from secondary institutions, which by contrast are typically intergovernmental arrangements established by states, such as the United Nations or the World Bank (Buzan and George Lawson, 2018).

This is particularly applicable to the normative order of international society, where the rise of environmental stewardship has been an important case of norm transfer from world society to international society. This process began in domestic and transnational debates during the nineteenth century. The hardening of environmental stewardship began following the rise of the modern environmental movement, starting in the 1960s, and has since been adopted as a fundamental norm.

Falkner presents a thorough, insightful and well-informed history of environmental movements, or at times simply attempts at environmental movements, through a global point of view. Falkner’s work is particularly impressive in its ability to trace the early origins of disparate efforts to improve environmental conditions, both within different countries as well as among international and transnational actors, and collect them into a cohesive story which shows the interconnections between many of these events and actors.

Falkner seamlessly weaves together the interactions between domestic environmental advocacy groups, domestic political institutions and international organisations, and how these interactions changed over the course of two centuries to reshape global environmentalism. It should come as no surprise here that the longest section of the book is focused on history. This proves to be the heart of the work and is particularly interesting and engaging.

While Falkner provides a detailed history and convincing account of the spread of environmentalism as an international norm, critics may call into question whether the spread of these norms has actually been as consequential as presented in the book. Even those who agree that environmentalism has become a salient international norm that has established itself in global affairs in recent decades could question the extent to which this has created sufficient action by state and non-state actors. While environmentalism may now be a fundamental principle in international affairs, determining whether this has translated into actions defending environmental principles in practice on a global scale will need to be the terrain of future work.

Moreover, while the book deftly presents theoretical considerations, further research will need to build on this text to put forth more testable hypotheses. Many issues and institutions presented in the book ‘overlap’ and affect one another. While this honestly reflects the multipolar nature of international politics, it sometimes means readers may be left unclear as to whether any true causes and effects can be gleaned from our understanding of the rise of international environmental norms. 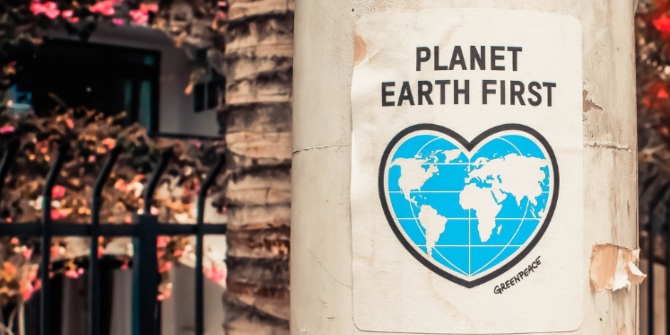