In The Digital Economy, Tim Jordan offers a new examination of the workings of the digital economy. Showing the value of practice theory and teaching-led research, this book is a welcome addition to the literature that will be useful to scholars undertaking future research into the remaking of property regimes, writes Scott Timcke.

Firms like Meta and Google have become unprecedented vehicles for creating commodities, forms of marketing, networks of publicity, great wealth, ways of working, and they have arguably changed the nature of conflict too (see Matthew Ford and Andrew Hoskins, 2022). Through broadening and valorising audiences, the digital economy has the proven capacity to provide new market opportunities, albeit with significant negative social ramifications caused by the accelerated processes of accumulation.

That these lines sound overly familiar is testament to the vitality of nearly three decades of research on the digital economy that has made these kinds of insights commonplace (for early examples, see Andrew Feenberg and Alastair Hannay, 1995; Nick Dyer-Witheford, 1999; Ursula Huws, 1999; and Daniel Schiller, 1999). Still, as new products come to the market so the conceptualisation of property may itself change. Sitting favourably alongside the emerging assetisation literature in STS (for example, Kean Birch and Fabian Muniesa, 2020), the scholarly intervention that Tim Jordan’s The Digital Economy makes is a welcome addition that STS scholars may find useful for future research projects conceptualising the remaking of property regimes.

Seizing upon the adage that when people have different expectations, they tend to see the facts differently, Jordan presses readers to defamiliarise themselves with the market practices they believe they know so well because they are typically the main users too. For example, with so many people working at the interface of desktop computers, the opening chapter gives considerable space to defining the ‘digital economy’, asking for a general rethinking of the assumption that it is simply the truck and trade in software.

Rather than dealing with commercial exchange, Jordan’s preferred affiliation is with practice theory; and he draws specifically on Nick Couldry’s (2010) precepts, giving attention to the meaning of routine cultural actions without presupposing analytic categories in advance. What is at stake is how the practices with and by products, firms, consumers and ancillary services give rise to a hierarchy of claims. In the conclusion Jordan suggests participatory digital practices could take priority, thereby ushering in a property regime which is more democratic than the one that dominates at the moment.

Image Credit: Crop of Image by riza april from Pixabay

Jordan’s inquiry is first and foremost driven by the salient question of how property is made in the digital economy. This is not an argument about enclosure and pure dispossession per se, because user practices give rise to value and profit; continued use of the property is essential to generating value.

Jordan’s model suggests that the main economic strategies within the digital economy — such as data arbitrage, disintermediation (sellers and buyers circumventing established brokers to transact directly) and after-service sales — rely not only on the customer’s perception of value, but also the users whose practices create products that consumers could purchase. Google’s search algorithms, for instance, allow the data generated by communities of practice to become ‘read’ (that is, commodified), but the utility of these commodities only retains value insofar that such communities continue to practise with the service. If practices alter or diminish, then value is lost.

This is another instance where practices appear to make a difference. Matters of trust and credibility in Google’s products set the scope for value too — value here understood as the viability for downstream data brokering. However, like other sectors, if users do not trust Google’s search engine, then these properties will not receive use nor retain value.

This points to one central aspect of Jordan’s argument about practice: ‘How information is treated will fundamentally be an issue of what kind of property it is formed as’ (135). This point of view is supported by case studies of Google (Chapter Two), Facebook and WeChat (Chapter Three), Uber, AirBnB and Blockchain (Chapter Four), Free Software (Chapter Five) and massive multiplayer online games (Chapter Six). One important consequence of beginning with entangled practices is that it — rightly in my view — decentres platforms as the main object of study (see also Carlotta Benvegnù et al, 2021) A time-strapped reader can find the condensed version of the main argument spanning pages 10-12, with extended treatment in Chapter Eight.

Unfortunately, Jordan’s invitation to defamiliarise entangled practices does come through terse words for ‘the over-reaching of some commentators’ (1) who speak about a new periodisation in capitalism — Shoshana Zuboff being a named target here — as these scholars supposedly discount the practices of users. Similarly, Jordan charges Marxist internet studies scholars like Christian Fuchs with having an ‘unenlightening position’ when they ‘shrug’ that ‘it’s really just the same old capitalism’ (page 1; details of Jordan’s critique can be found on pages 112–23). Still, barbs like these should not put off readers affiliated with these traditions from taking a closer look at the text, if only to hear Jordan’s case about why a theoretical deficit exists (166-68).

There are points where I might organise my thoughts differently to Jordan. While we would likely agree that how social relations are practised matters a great deal, there is merit in looking at the cascading effects of the various processes Jordan isolates. How might disintermediation have wider social ramifications? As a template, take for example the theory of industrial society that Anthony Giddens (1990) and others built. This theory highlighted that industrialisation led to the reconfiguration of space, time and matter, as well as new ways of conceptualising the world by creating new categories of thought for governance, identity and intimacy. Effectively, industrialisation created new objects for and new subjects of struggle. Or to use Jordan’s terminology, new practices, points of view and entanglements arose. So if Jordan vehemently disagrees with Marxists, what new civic identities, relations and regimes have emerged to make their categories obsolete?

Furthermore, insofar as STS case studies of digitisation may focus on local, regional or national jurisdictions — such as city transportation in the case of Uber or housing stock in the case of AirBnB — as a discipline STS typically keeps questions of global capitalism at the forefront (for example, Saskia Sassen, 2017; Donald MacKenzie, 2018; and Henry Farrell and Abraham Newman, 2019). By contrast Jordan does not.

There is an adage that circulates within STS: ‘Big Data would not be possible without Big Finance nor Big Law.’ This points to the initial financing that permits platforms like Uber to register considerable losses and continue operations; or how law firms are retained by Big Tech companies to fend off regulators targeting the range of interlocking services that make it harder for users to switch (Ilan Strauss et al, 2021). It is worth speculating how Jordan’s study would look if he began with the practices of the shareholders of platform companies rather than their users. If there is merit in looking at ‘the practices that create and sustain the wealth of a society’ (12), there is equal merit in focusing on the practices that sustain foundational social inequalities caused by global capitalism. In short, there may be user bias in Jordan’s practice theory.

This raises another issue. Markets both need and fight states. Markets need states to help discipline workers and maintain property rights, but markets also fight states when governance threatens desired rates of profit. Yet the interplay of law, political economy and shareholder lobbying are at the very edge of Jordan’s method. It takes until page 40 before the government is raised, and that just receives a two-paragraph treatment before a new chapter begins. Similarly, the book’s index has no entry for government, the state or finance.

Related to my points about states and markets, Jordan overlooks how routine state military procurement helps buoy the valuation of firms making products for the digital economy (as I have explored in my own work). In the case of the US, much of the core technology for the practices Jordan addresses were developed in public and private universities through targeted grants directly from the US Department of Defense (see MacKenzie, 1990). By contrast, Jordan’s case studies reside at the nexus of savvy cultural and creative work, seemingly unbothered with entangled questions about warfare, leaving unacknowledged how the broken bodies of droned children are also the outcome of the digital economy and its martial components. This book does not encourage readers to think about the entanglement of the digital economy and violence.

One challenge for scholars is articulating precisely how different locations are subject to the dynamics of global markets. Jordan alludes to this important question when raising the matter of how to tax the digital economy (155-58), but he stops short of giving attention to why the private property regime is so dominant the world over.

This is telling about the inclination of Jordan’s politics. In the final chapter he admits his discomfort with the term ‘capitalism’: ‘Capitalism has all too often become little more than a swear word or rallying call’ (166). Rather, he advises ‘seeing digital economic practices in action and then modelling the digital economy’ through looking ‘at the wider significance of those practices, particularly their reliance on cultures and collective actions’ (166). Jordan is reluctant to situate his well-argued micro-sociological insights of the firms and customers in the digital economy within a broader macro-sociological analysis. This limits the ability for tax-fairness activists, among others, to coordinate cross-jurisdiction movements to counter the tremendous clout which firms in the digital economy possess.

To end, one of the hallmarks of The Digital Economy is that it is reminiscent of the classic sociology textbooks of yore. Rather than surveying sets of theoretical-methodological traditions, these kinds of books sought instead to assemble data and conduct an emblematic analysis of their preferred approach in action. Much of this ‘classical feel’ is due to Jordan’s professional skill. Still elements can also be attributed to the origins of the manuscript. As Jordan notes in the preface, the book emerged from ‘teaching-led research’ (vi) where he tested ideas in the seminar room, gauged reception and took critique from students. Polity ought to be commended for supporting a project that shows how vital teaching is in the lifecycle of research. 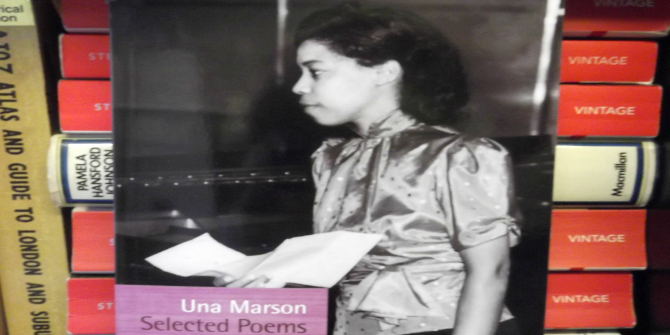 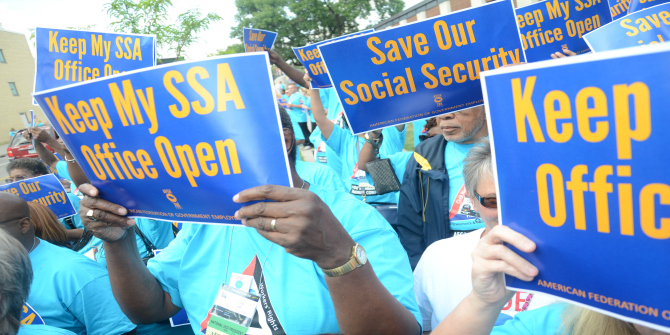 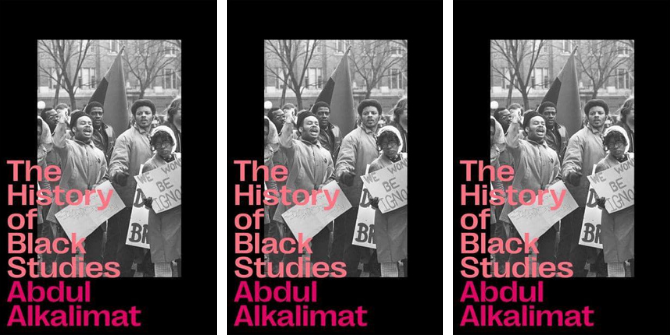 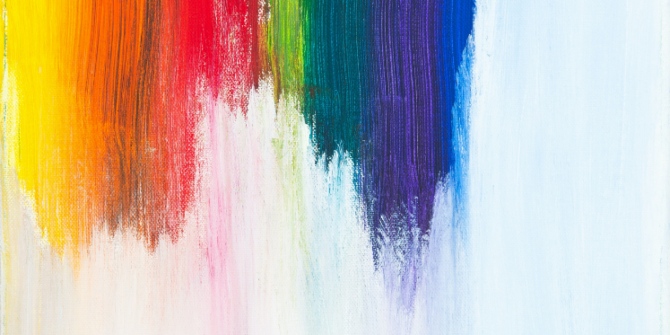