Immigration-related concerns prevent many Latinx residents from reporting sensitive crimes, like domestic violence, to the police. Law enforcement officials throughout the US have cited declines in Latinx crime reporting amid escalations in immigration enforcement and anti-immigrant rhetoric under the Trump Administration. In new research, Ashley Muchow finds that community policing initiatives, such as the Community Safety Partnership in Los Angeles, may prevent reductions in Latinx crime reporting and could be a viable tool to encourage help-seeking behavior among residents vulnerable to deportation.

The decision to report crime to the police is not always straightforward, especially for those that face the threat of deportation. Language barriers, economic dependency, distrust of criminal justice institutions, and immigration enforcement are major obstacles that prevent Latinx individuals from reporting crime. As police, pushed by the federal government, have assumed more prominent roles in immigration enforcement, the decision to report crime has increasingly carried the risk of deportation for victims and offenders without citizenship. Both real and perceived intensifications in immigration enforcement aggravate concerns among Latinx residents that reporting crime to the police will lead them to ask about their immigration status or that of people they know.

Recognizing that fear and mistrust is an important barrier to effective policing, law enforcement agencies throughout the US have increasingly relied on community policing to improve police-community relations. While community policing initiatives vary widely from jurisdiction to jurisdiction, they share the common goal of increasing community cooperation in addressing the root causes of crime and have been linked to improvements in resident satisfaction and police legitimacy as well as crime reporting. To the extent that community policing improves resident trust and perceptions of police legitimacy, Latinx residents exposed to this policing approach may be more willing to report crime, even when deportation fears are high.

To determine whether community policing can offset declines in Latinx crime reporting amid escalations in immigration enforcement, I examined the Los Angeles Police Department (LAPD) Community Safety Partnership (CSP), which placed a dedicated set of LAPD officers recruited and trained in community policing in four housing developments in 2011. I focused on this program for two reasons. First, CSP was implemented in four majority-Latinx housing developments located in neighborhoods with large shares of immigrant residents. Second, the program was successful in improving trust and relations between police and Latinx residents. In effect, CSP embodied the characteristics of community policing presumed to increase resident willingness to report crime and was implemented in communities likely concerned about the immigration consequences of police contact.

To determine whether CSP influenced rates of Latinx domestic violence reporting after Trump assumed office in 2017, I collected data on crimes reported to the LAPD between 2014 and 2019. Because CSP was implemented in select housing developments run by the Housing Authority of the City of Los Angeles (HACLA), this study focused on 18 block groups that encompass a HACLA development (see Figure 1). Using information on the race/ethnicity of the reporting victim, I mapped all incidents onto block groups and calculated race/ethnicity-specific rates of domestic violence for areas exposed and not exposed to CSP.

Note: Housing developments shaded dark grey implemented CSP programs in 2015 or 2016 but were excluded from the analysis because the programs did not improve resident trust or police legitimacy.

To test whether CSP offset the effect of Trump-era escalations in immigration enforcement reported by the LAPD, I contrasted rates of Latinx domestic violence reporting in block groups exposed to CSP to block groups not exposed to CSP before and after Trump assumed office. In effect, block groups that did not encompass a CSP housing development served as a counterfactual of sorts – what crime reporting post-Trump might have looked like in the absence of CSP. To take other possible explanations into account, I adjusted for block group socioeconomic and demographic characteristics as well as the presence of other crime prevention programs.

Notes: Figure plots the change in reporting relative to the quarter before Trump took office, which is marked by a dashed vertical line. The solid vertical bars represent 95% confidence intervals for each estimate.

The inauguration of President Trump set in motion escalations in both anti-immigrant rhetoric and immigration enforcement that police officials feared would reduce Latinx willingness to report sensitive crimes, like domestic violence. These are an enduring challenge for law enforcement, where escalations in immigration enforcement increase the likelihood of domestic violence by aggravating associated risk factors, but simultaneously decrease resident willingness to seek police assistance. My analysis points to community policing as one viable approach to combat the potentially lethal implications of reporting declines.

My results reveal that LAPD’s CSP program had a protective effect on Latinx domestic violence reporting amid Trump-era intensifications in immigration enforcement. This may signal that community policing built a solid foundation of trust that tempered Latinx fears. Residents exposed to the community policing program may have had more clarity as to the motivations of officers that lessened deportation concerns about reporting crime. Conversely, those not exposed to community policing may have had less open communication with officers and been deterred from police contact by the anti-immigrant climate. While I am unable to empirically pinpoint the specific mechanisms underlying these differences, my findings suggest that this community policing effort preserved resident cooperation during a period of heightened immigration enforcement.

The results of this analysis have important implications. While political discourse around immigration has shifted away from its more antagonistic tenor under the Trump Administration, immigration enforcement still prevents Latinx residents from reporting crime to the police. My research points to community policing as a tool police can use to offset the alienation of Latinx communities when deportation fears are high. Further discussions on how to best ensure the safety of marginalized groups may feature community policing as an additional tool, among other protective measures, to encourage help-seeking behavior among residents vulnerable to deportation.

Ashley N. Muchow is an Assistant Professor in the Department of Criminology, Law, and Justice at the University of Illinois at Chicago. Her research considers the causes and consequences of social inequality, with a particular focus on policing, immigration, and racial/ethnic disparities. 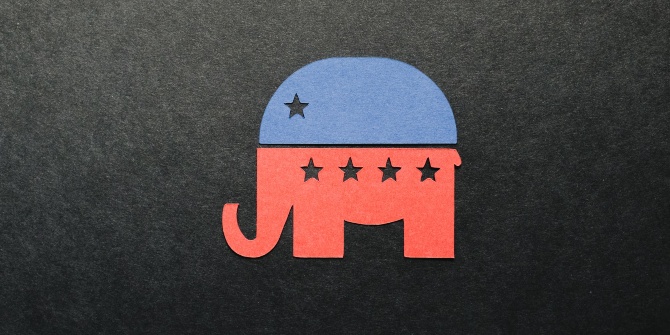 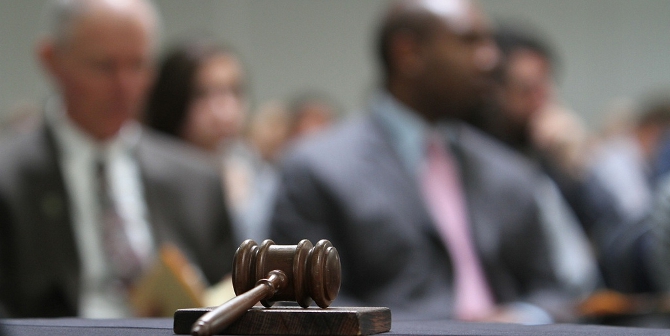 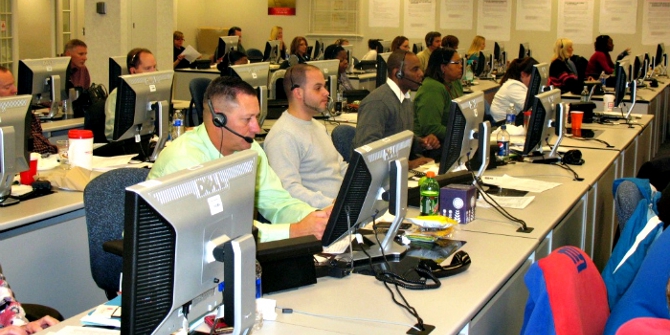 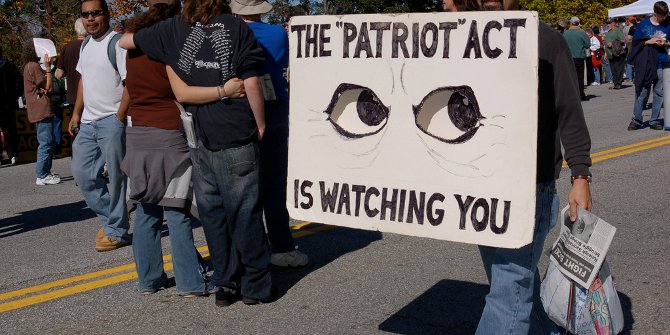