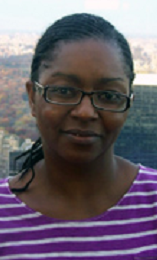 Professor Fareda Banda BL Hons, LLB (Zimbabwe), DPhil (Oxon) is a  Professor of Law at the University of London, School of Oriental and African Studies. Her areas of interest/expertise include the human rights of women, alternative dispute resolution and family law. Following her doctorate she worked as a Research Assistant at the Law Commission of England and Wales before returning to Oxford on a two year Leverhulme Special Research Fellowship. She edits the Journal of African Law and is an Associate Editor (Africa) of the International Survey of Family Law. Her publications include a book entitled Women, Law and Human Rights: An African Perspective.  She also authored a report for the UN OHCHR on Laws that Discriminate against Women.

What is one reading you would recommend to others interested in supporting action to achieve gender equality?

Maya Angelou’s poem “Still I Rise” – to sustain you through the hard times.

What are the top cases (1-3) from around the world – international, regional and/or national – that you believe have been paramount to tackling violence against women?

Egyptian Initiative for Personal Rights and INTERIGHTS v. Egypt (Communication 323/06, 2011). A decision by the African Commission on Human and Peoples’ Rights, involving sexual harassment and violence.

Edson Hakasenke Case (Zambia, 2006). A decision by the High Court of Zambia, involving violence against girls by teachers.

My grandmother, who left a husband who wanted to take a second wife. She returned to her mother’s village where together they brought up her children and her grandchildren, myself included. She was a Methodist lay preacher, friend, counsellor to many, farmer and a much loved grandmother. My great grandmother was what is now known as a ‘traditional birth attendant’. I learned more about reproductive rights and health from her than all the books and cases that I have ever read. There was not a degree nor high school certificate between them. That, too, was an important lesson about “expertise” being available in many places – you just have to pay attention. From an early age I saw what strong women could do and be.

More conventionally, I find that reading novels and biographies teach me more than many human rights texts. I am fond of the work of Maya Angelou, Nadine Gordimer and Doris Lessing, each now deceased.  I am attracted to their writing and the witness of their lives – all were strong, defiant and principled women.

My daughters’ primary school is part of UNICEF’s “Rights Respecting Schools” Initiative. I was asked to give the assemblies there. My invitation fell in the week that Nelson Mandela died. I showed the older children a photograph of Mandela (shortly after his release from prison) meeting Rosa Parks.  I asked if they knew who the people were and why there were well known.  Not only did they name Mandela and Parks, but they spoke in outraged tones about discrimination being unfair.  It gave me hope that it seemed self-evidently wrong to them that anyone should have to fight to have their humanity recognised. The memory sustains me during times of despair about the state of the world.

The second was talking to Year 10 boys (age 14) at Sutton Grammar about gender.  They were lively, engaged and I learned more from them than I have from many a UN meeting.

Hang in there. Change may be slow, but it is happening. When you are called “difficult” and “trouble makers”, then you will know you are succeeding.

Refusing to see the humanity in the other. Trite but true.

That is like asking a parent to pick a favourite child.  I do have a cousin whose work I admire – Foundation for Women, Law and Development (FWLD) in Nepal.

There are many organisations and individuals that I have known and yet many other whose work I have yet to encounter.  Sometimes the true extent of a person’s contribution is not fully appreciated until they are gone. I think of the late Efua Dorkenoo, an early anti-FGM advocate and the author of “Cutting the Rose”.