Conflict-related sexual violence is a preventable crime, and should be a priority for the new UN Secretary-General

Conflict-related sexual violence is a preventable crime, and should be a priority for the new UN Secretary-General

The list of problems in the in-tray of the new United Nations Secretary-General will be one of the most daunting ever facing anyone in that position. It is fortunate that in António Guterres, the UN will have a leader with unparalleled experience of humanitarian and refugee issues.

During the selection process, Mr Guterres was asked how the world should measure the success of the next UN Secretary-General. He answered by “the contribution to the reduction of human suffering, in particular the suffering caused by violent conflict and atrocities”.

We could not agree more. The fundamental purpose of the UN, laid out in the UN Charter in 1945, was to “save succeeding generations from the scourge of war”. Yet the international community is failing to end current wars, now typically dragging out for decades, or to protect civilians from persistent war crimes carried out in the full glare of media attention and global awareness. For millions of innocent people the scourge of war is a daily reality.

There are few worse manifestations of this human suffering than conflict-related sexual violence. Each year the UN compiles a report detailing the impact of these crimes globally. This year’s report makes for horrific reading, and should be on the desk of every President, Prime Minister, Foreign Minister and Defence Minister.

It describes women and girls burnt alive after mass rape in South Sudan, and men and boys being tortured sexually by government forces in detention centres in Syria. It includes victims in north-east Nigeria, Somalia and Myanmar being compelled to marry their attackers, as an acceptable form of ‘settlement’ after rape. It reveals ISIL forcibly administering harmful treatments to young girls in Iraq and Syria, to speed up their physical maturation so they can be sold as sex slaves, or handed over as a “reward” to their fighters. It confirms 29,000 cases of gender-based violence in the Central African Republic last year alone – nearly half involving gang rape – while cautioning that the true figure is likely to be much higher. For every rape reported in a conflict situation, they estimate, 10 to 20 cases go unreported.

It is a myth that sexual violence is an inevitable byproduct of conflict. This is rape used as a tactic of war, ethnic cleansing and terrorism. It is carried out to humiliate, punish, dominate, terrify, disperse, or forcibly relocate civilians. It is a preventable crime that should be confronted with the same determination as the use of cluster munitions or chemical weapons.

It is not a side issue, to be dealt with when other aspects of conflict have been addressed. It is an indispensable part of achieving the objectives of the United Nations, from safeguarding international peace and security to ending poverty and empowering women.

In the last few years, there has been progress. 156 countries have pledged to end the use of rape as a weapon of war. National Action Plans have been put in place by some of the worst affected countries, including Somalia and the Democratic Republic of Congo. The first International Protocol on how to document and investigate crimes of sexual violence has been adopted. And at the Global Summit we co-chaired in London in June 2014 we witnessed an outpouring of hope and optimism about the possibility of a breakthrough in tackling warzone rape, as well as new commitments by many nations.

Mr Guterres has a deep understanding of the problem. We now need national governments to back him in using all the means at his disposal as UN Secretary-General to make this a priority.

First, we believe that action to combat sexual violence in conflict should be required throughout the whole UN system, including the mandates of all UN mediators and envoys. This is especially urgent in the case of Syria and Iraq. The horrific images of Yazidi girls for sale in cages are a direct consequence of the near-total impunity for sexual violence in the other major conflicts in our lifetimes. There will be a devastating long-term impact on the possibility of sustainable peace and stability if these crimes are once again swept under the carpet.

Second, we look to nations to demonstrate the political will, moral clarity and unity to ensure perpetrators are held to account. This also includes ending the persistent impunity for sexual violence committed by UN peacekeepers. This means ensuring that investigations and prosecutions are no longer blocked or impeded, universalising pre-deployment training for all UN peacekeepers, encouraging changes in national military doctrine to support this, and helping regional organizations like the African Union to further develop their capacity. Important work has recently been led by the UK Ministry of Defence to help galvanise UN and national efforts in this area.

Third, the requirement to ensure that peace negotiations include the meaningful participation of women must finally become a reality. This is particularly important in conflicts involving systematic gender-based violence, and given the role inequality and oppression play in perpetuating the conditions for armed conflict. UN Security Council Resolution 1325 is sixteen years old this week. Fulfilling this obligation cannot always be left until the next war.

Finally, we hope that Secretary-General Guterres will champion the need for a global Summit in 2018 to hold states to the commitments they made in London in 2014, and to inspire further progress.

None of these steps can be achieved by the UN Secretary-General alone or by any single government on its own. We need a surge in effort and action across the world, to break taboos around sexual violence in any setting, to roll back the cruel and unjust rejection of survivors, and to address attitudes in all our societies that normalise violence towards women. The Centre for Women Peace and Security at LSE has a major role to play – helping to hold governments to account, strengthening the hand of practitioners around the world, and acting, with other academic centres, as a laboratory of ideas and best practice.

The UN does not exist to serve the world’s most powerful governments and interests. It exists to protect those who have no voice, and to stand up for the rights of the most vulnerable. It is hard to think of a more compelling case for action than the plight of millions of women, children and men living under the shadow and burden of this neglected crime.

William Hague and Angelina Jolie are co-founders of the Preventing Sexual Violence Initiative and Visiting Professors in Practice at the Centre for Women, Peace and Security at LSE.

Photo by Daryan Shamkhali on Unsplash 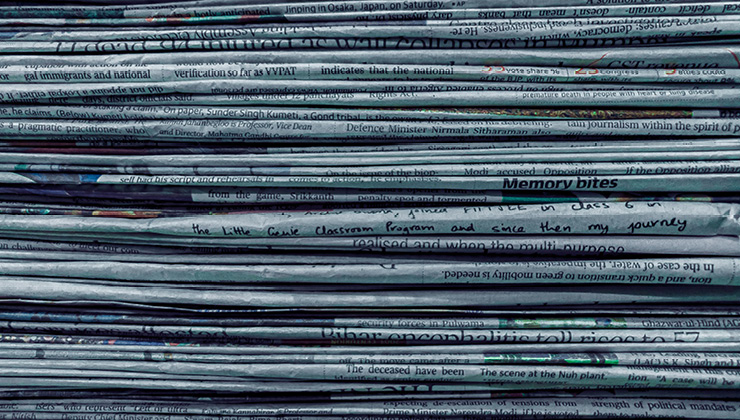