The LSE Centre for Women, Peace and Security Working Paper Series is an outlet for articles, position papers and policy briefs. It showcases work in progress by academics and researchers from any discipline and sector in the field of women, peace and security research and practice. On publication of the first two papers, lead editors Paul Kirby and Laura J. Shepherd introduce the context and aims of the series.

The Women, Peace and Security agenda has come of age. It is now just over 16 years old, registered as an arrival in the world of international politics on 31 October 2000 when the UN Security Council passed resolution 1325. As has been much rehearsed, that first resolution was the culmination of global feminist organising in the preceding decades. The aim was to radically transform the idea of ‘international peace and security’ – with which the Security Council is normally seized – to include substantive gender equality and to focus on the empowerment of women (involving, among other things: women’s participation in peace processes, political institutions such as the United Nations, and peacekeeping operations; the enhanced protection of women and girls from gender violence; gender sensitivity in disarmament, demobilisation, reintegration and refugee settings; and the prevention of conflict itself).

In many respects, the agenda has stalled. Women’s participation in peacekeeping remains low, at 3% of troop contributions and around 10% for police, despite successive targets (the latest of which – to double women’s participation by 2020 – is likely also to be missed). Notwithstanding progress in some areas, funding for WPS remains a major challenge. There is evidence that women’s involvement contributes to sustainable peace, and yet only a handful of peace processes allow women a substantive voice. The campaign to appoint a woman as UN Secretary-General in 2016 failed, leaving the formal institutional home of the WPS agenda with a gender representation problem of its own. The UK government, previously a powerful advocate for addressing sexual violence in conflict, has reduced diplomatic pressure on the issue, with neither Foreign Secretary since William Hague considering WPS a priority area. The current global mood – a resurgent conservatism, weakening intergovernmental cooperation, and a turn towards military solutions to global crises – signals danger for WPS.

And yet, while the agenda has been significantly less transformative than originally hoped, it is also proliferating in new ways. There are now eight Security Council resolutions published under the title of ‘Women and Peace and Security’, as well as a number closely allied to it, such as resolution 2272 on sexual exploitation and abuse by UN peacekeepers. Most significantly, the Security Council is, following resolution 2242, committed to applying a WPS lens to all country situations within its remit (not just those where there are reports of widespread sexual violence).

Critics rightly charge that resolutions are a poor proxy for action, and much of what happens in the Security Council chamber operates rhetorically. A different measure of the diversification of the agenda is its incorporation by new actors at national and regional levels. In Sweden, a ‘feminist foreign policy’ is championed by Foreign Minister Margot Wallström, previously the UN Secretary-General’s Special Representative on Sexual Violence in Conflict. For their part, NATO and the African Union are integrating the ‘gender perspective’ outside of the UN system. The sharper focus of the International Criminal Court on gender-based violence as a war crime, crime against humanity or act of genocide reflects WPS concerns. The World Bank and Asian Development Bank increasingly ‘mainstream’ gender in their allocations to fragile states. And the language of WPS is being applied to contemporary crises, such as forced migration and violent extremism, in ways that bear both promise for greater gender equality and considerable peril in the manipulation of women’s rights for other purposes.

This changing landscape prompts new questions, and demands new research into the multiple domains of WPS. How is the content of the WPS agenda being remade, for example to integrate men and boys as allies, victims and interlocutors? How should we understand the relationship of statements in the Security Council in New York to the uses of (and resistances to) WPS as ‘implemented’ in diverse sites around the world? What new methods might be applied to ensure accountability for WPS promises? How does claimed expertise on gender equality travel, and with what politics? In what ways are new WPS actors restricting or expanding the agenda in practice, for instance by seeing it as merely requiring a gender balance within the armed forces?

The Women, Peace and Security Working Paper Series (WPS2) seeks to respond to the challenge with research that is insightful and accessible to all. From preliminary fieldwork findings to legal analysis to policy recommendations, the series will represent the full range of methodological and disciplinary approaches across all WPS themes and at every level of global politics. We will feature work that not only clarifies and advances the agenda, but also that which is willing to challenge its fundamental precepts and the manner in which it has been pursued.

The series launches today with two papers. The first, by Professor Dianne Otto, provides a close reading of the WPS resolutions to argue that the feminist notion of positive peace that in part animated the agenda has been side-lined by traditional security politics. The second, by Jamie J. Hagen, offers resources for, and a reminder to, practitioners and policy-makers regarding the inclusion of lesbian, gay, bisexual, trans* and queer (LGBTQ) persons in WPS frameworks and programmes. Both papers exemplify what the next generation of WPS research can offer, and it is our hope that the series will continue to provide critical reflections on women, peace and security in diverse contexts, and with potentially transformative effects. 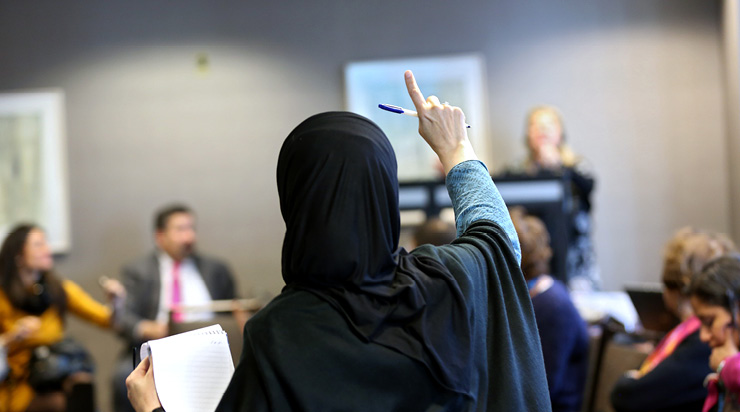