Columba Achilleos-Sarll warns that departmental ‘ownership’ of women, peace and security, and a discordant approach to foreign and domestic policy, risks reinforcing gendered and racialised boundaries.

Since the adoption of UNSCR 1325 at the United Nations (UN) in 2000, and its expansion into the Women, Peace and Security Agenda (WPS), the UK government has developed its own approach to institutionalising and implementing WPS. In the UK, the WPS agenda is owned by the Foreign and Commonwealth Office (FCO), the Department for International Development (DFID) and the Ministry and Defence (MOD), with the FCO taking the lead on the agenda and with cross-departmental support from the Stabilisation Unit (SU). The primary mechanism to implement the WPS agenda in the UK has been through the development of National Action Plans (NAPs) – with a first iteration published in 2006, and the most recent iteration published in 2018. While these NAPs are predominantly part of the UK’s foreign policy architecture, they are also meant to complement a wider range of government policies, initiatives and strategies on gender equality that straddle both foreign and domestic policy.

The nexus between foreign and domestic policy has been highlighted in the NAP iterations. For example, the current UK NAP (2018-2022) states: “While the NAP is internationally focussed it complements domestic strategies such as the Ending Violence Against Women and Girls (VAWG) Strategy, and strategies on transnational priorities such as countering violent extremism, migration, modern slavery, FGM/ and child, early and forced marriage”. This echoes a similar statement to the 2014-2017 NAP: “While this plan’s focus is on advancing Women, Peace and Security agenda in conflict affected states, it should complement UK policy at home”.  Indeed, the NAPs emphasise a commitment to strengthening coordination between international conflict prevention work, transnational challenges and issues such as domestic violence (with the last two NAPs drawing on the example of the Home Office-led work on the VAWG strategy).

Despite the rhetoric of a complementary approach between foreign and domestic policy, the current NAP provides no explanation or strategy of what a complementary approach would mean in terms of UK policymaking. Not only does this increase the risk that gender will be siloed in the UK government’s approach, but it reinforces a conceptualisation of UK foreign policy being “the external deployment of instrumental reason on behalf of an unproblematic internal identity” (Campbell, 1998). There is therefore a concern that WPS is being instrumentalised as a productive technology that allows the UK government to speak on behalf of other citizens but not on behalf of its own citizens, or indeed establish the fundamental connection between the two. As such gendered and racialised boundaries are reinstated, evoking continuities with colonialism.

The Home Office and the Ministry of Justice (MOJ) do not support, own or have buy-in to the WPS agenda in the UK. Perhaps the choice of departmental ownership is relatively unsurprising in light of the fact that WPS is focussed on matters of international peace and security. However, departmental ownership is complicated by the expanded remit of the last two NAPs, the latest NAP including the transnational issues of countering violent extremism (CVE) migration, modern slavery, Female Genital Mutilation / Cutting (FGM/C) and child and early forced marriage.

The foregoing areas, which encompass mobile and immobile bodies debunk the myth of “geographical segregations” of land, people and knowledge: “Homogenous or static construction of geography…which relies on histories of segregation to reconstruct the world” (Agathangelou and Turcotte: 2004), or territories marked, and naturalised, as the Global North and the Global South. This separation prompts important questions: What does departmental ownership mean for the way in which gender related issues – intimately connected to both foreign and domestic policy areas – are negotiated, set and framed within the UK government? And with what implications for WPS, and for areas excluded in the UK WPS agenda? Two areas are selected to briefly illustrate the UK’s discordant approach to WPS.

Firstly, governmental ownership – with the FCO taking the lead, reflects where the WPS agenda is considered to be applicable: notably, areas related to international peace and security, ergo conflict and post-conflict affected states. This understanding of conflict effectively denies the relevance of WPS to the UK. This is problematic as it serves to legitimise double standards in policy and practice – with many noting the absence of Northern Ireland from the NAPs, which most visibly highlights the relevance of WPS to the UK. Indeed, in their April 2017 submission to inform the new NAP, Gender Action for Peace and Security (GAPS) wrote, “Though recognising the relevance of UNSCR 1325, the UK has made no specific commitments in the NAP or elsewhere to implement its principles domestically”.

Secondly, the transnational issue of refugees and asylum seekers specifically coming to the UK further troubles the perceived separation between the foreign and the domestic, reinforced by departmental ownership. Despite migration highlighted as a transnational priority in the current NAP, refugees and asylum seekers are mentioned only in relation to bodies outside, rather than within or entering, the UK. However, this area arguably falls under the “protection” pillar of the WPS agenda. In their April 2017 submission GAPS drew attention to the failure of the UK Government to recognise or to develop specific commitments on these matters. GAPS stated: “organisations working with refugees have accused the UK of ‘double standards’ whereby it actively champions the rights of women internationally, while those who come to the UK to seek asylum are often met with scepticism by the Home Office, are at times detained and at risk of being returned to unsafe countries”. The current untenable situation mainly affecting women at Yarls Wood Immigration Detention Centre, who have now gone on hunger strike, is a case in point. The uneasy logic that follows is that “preventing conflict minimises the risk to our own national security” (2014-2017 UK NAP, emphasis added), thus obscuring the fact that insecurity exists for women, girls and other marginalised groups within the UK’s borders, and for those who come to the UK to seek safety.

The fundamental connections between the foreign, transnational and domestic not only highlights the need for the UK to adopt complementary and symbiotic policies on WPS – but it also prompts the question whether WPS is able, if at all, to respond or speak to some of these transnational issues. While it is worth acknowledging that the UK Government has recognised the importance of a complementary approach to WPS – albeit rhetorically, departmental ownership places a question mark over policy coherence. This separation has profound consequences for female subjects and citizens both mobile and immobile, as well as for civil society attempting to hold the UK government to account. As an aside, perhaps this demonstrates the importance of forming alliances between organisations in the UK focussed on women’s rights in the domestic sphere and those in the international sphere – despite their separation, which no doubt dictates their advocacy strategies.

While it is prescient to state the case that the WPS agenda is as relevant to the UK as it is to its foreign policy, it is important to go beyond calls to domesticate the NAP. It is necessary to expose the intimate connections between the foreign, transnational and domestic in order to challenge discordant policymaking – without which gendered, racialised and sexualised boundaries, and double standards, will remain intact, undermining the integrity of WPS.

Columba Achilleos-Sarll is a Postdoctoral Researcher at the University of Vienna and an affiliated Visiting Research Fellow at the Austrian Institute for International Affairs. She is also a final year ESRC PhD candidate at the University of Warwick. Her primary research examines the United Nation’s Security Council’s ‘Women, Peace and Security’ (WPS) agenda, and focuses on the UK’s implementation and institutionalisation of the agenda and the role of networked civil society. Beyond this, she is working on a project on border security and migration using feminist and postcolonial approaches to security studies. 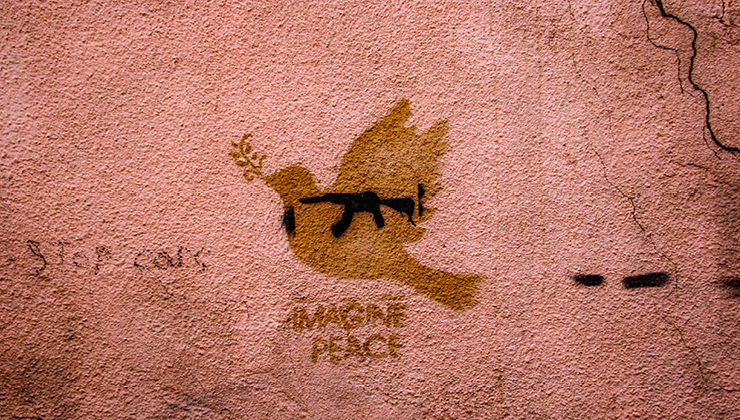 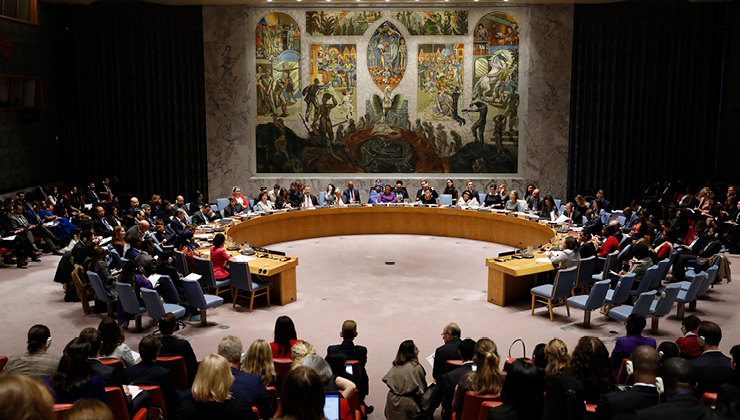