Professor Ignacio Palacios-Huerta is a professor in Managerial Economics and Strategy in LSE’s Department of Management. Professor Palacios-Huerta has co-published research which shows that football penalty shoot-outs give an unfair psychological advantage to the team that shoots first.

As the European football season starts once again, we’re bound to come across a penalty shoot-out or two in the Cup competitions. Penalty shoot-outs can make villains out of players, just ask England’s Gareth Southgate and Stuart Pearce.

LSE’s Professor Ignacio Palacios-Huerta and Jose Apesteguia, associate professor at Pompeu Fabra University, have been looking into the psychological factors that affect the decisions of players in penalty shoot-outs. They studied 2,820 penalty kicks from penalty shoot-outs in major national and international competitions between 1970-2008.

“Most TV channels cut to the commercial break when the coin is being tossed to decide which team takes the first penalty – but our findings show that this could be the deciding moment in a drawn match.

“The coin gives a 20 per cent advantage to the team that shoots first.

“The psychological pressure of ‘lagging behind’ clearly affects the performance of the team that kicks second.”

Palacios-Huerta and Apesteguia studied films of the penalty coin toss in 20 matches. In every case, except one, the winner of the toss chose to take the first penalty. The exception was Italy v Spain in the European Championship – Italy won the toss, but let Spain take the first kick. Spain won the penalty shoot-out.

The researchers also interviewed 240 players and coaches – both professional and amateur – and almost all said they would prefer to take the first penalty kick, while 96% said that this was to put pressure on the team going second.

“I suspect the heads of Fifa and Uefa are not going to like the fact that the winner of the World Cup, the European Cup or the Champions League is decided, in part, on the 60-40 flip of a coin. They would surely prefer the coin and the order that penalty kicks are taken to be perfectly neutral.”

In a football penalty shoot-out this pattern would repeat itself until the ten penalties are taken or until the shoot-out is won. The pattern looks like: ABBAABBAAB and so on.

Professor Palacios-Huerta said, “This pattern of penalty-taking would greatly reduce the unfair ‘first mover’ advantage since the second team is not always trying to play ‘catch-up’ and the problem of leading or lagging would be compensated for.

“Not only would it be more fair, but it would also be much more entertaining for neutral fans.”

We think this suggestion by Professor Palacios-Huerta and Jose Apesteguia is pretty good. Do you agree? Would you like to see Fifa trial the suggestion presented in the report? 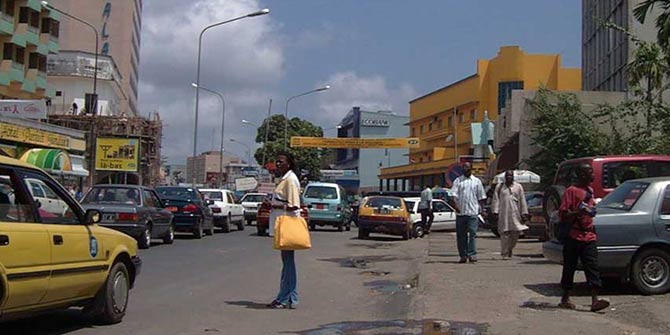 Bad Behavior has blocked 1299 access attempts in the last 7 days.