In this post, LSE’s Professor Tim Allen and Melissa Parker of Brunel University outline the challenges facing programmes to control neglected tropical diseases. This was also a topic of the Burning Issue lecture (available on YouTube)  given by Professor Allen at LSE recently. This post originally appeared in The Lancet.

On 21 January 2012, the UK’s Department for International Development announced a fivefold increase in its support for programmes to control neglected tropical diseases (NTDs). The Department’s press release1 claimed that the new funding will initially provide 400 million treatments to protect 100 million people from lymphatic filariasis, and to help save 10 million lives that would otherwise be lost to schistosomiasis. Onchocerciasis and dracunculiasis are also to be targeted. Last week, Bill Gates came to London to help renew and expand global commitments.

In many respects, these developments are an enormously positive step. However, there is a body of research that highlights hazards associated with current modes of implementing NTD control strategies. These include the undermining of already fragile and overstretched health-care systems with the introduction of large, internationally funded, vertical programmes rolling out free drugs to adults and children, irrespective of their infective status;2—4 difficulties with relying on volunteers to assist with the distribution of drugs in targeted communities;5—7 limits in knowledge surrounding the safety and efficacy of combining drugs for some NTDs;8—11 and a growing tendency for those promoting mass drug administration (MDA) programmes to overlook the fact that the evidence base for how effective they are is more limited than often suggested.12

Our research since 2005 echoes some of these points, but it also adds a different perspective. Drawing on insights emerging from anthropological fieldwork undertaken in almost 100 villages spread across Uganda and Tanzania, it shows that the specific political, economic, and social context in which MDA is rolled out profoundly affects the uptake of drugs for the treatment of schistosomiasis, lymphatic filariasis, and soil-transmitted helminth infections.13—15 In some locations, uptake of drugs has been found to be relatively high, but in nearby locations it is very low. Also, overall drug uptake is almost always overestimated in official reporting. In coastal Tanzania, for example, close scrutiny of Ministry of Health registers documenting the uptake of drugs for lymphatic filariasis and soil-transmitted helminth infections in 2007, combined with surveys of self-reported uptake of drugs, indicated that drug take-up dropped below 26% in several villages, whereas in others it had reached 70%.15 Results from more recent fieldwork have indicated an improved drug uptake in 2010 at some locations, but the average rate across study villages remains well below 50%.

Our results, it is worth noting, are not contradicted by those reported from the only sentinel surveillance site in the region, which is located in a neighbouring district to some of our research sites.16 Here, the uptake of drugs for the treatment of lymphatic filariasis was recorded as being “lower than optimal”, and MDA was noted to have had a “waning effect”. Despite proximity to the regional capital of Tanga, and the repeated visits of medical researchers, take-up was estimated by Simonsen and colleagues16 to have fallen in 2007 to below 70% (a rate that was 10% lower than the officially reported rate). Similar doubts to ours were additionally voiced by those involved in the surveillance about whether or not all those being given tablets had in fact swallowed them.

Communication about the rationale for MDA with target populations, in particular, remains a low priority, and local conspiracy theories questioning the “real” purposes of free drug distribution remain unaddressed. After multiple rounds of MDA for lymphatic filariasis, the vast majority of people interviewed in the highly endemic areas in which we have researched are unaware of the link between the disease and mosquitoes and, at best, have a very limited understanding of the rationale for mass treatment. They ask why people with no visible symptoms should take tablets and why many of those with symptoms take the tablets but seem not to be cured. Similar confusions occur with respect to schistosomiasis.13, 14 It is hardly surprising that rumours circulate about the real purpose of the drugs.

In 2008, there were protests against distributions in various parts of Tanzania, and one of our doctoral students, who was observing treatment for schistosomiasis in schools near Morogoro, was attacked by an angry crowd. Parents had become convinced that the tablets had been sent to poison their children. She had to be rescued by armed police. Elsewhere, teachers involved in handing out tablets were severely beaten.

Many of those involved in implementing MDA programmes are aware of these kinds of issue, but they are reluctant to discuss them too openly or revise policies.17 Others have set them aside as insignificant. A few passionate advocates of MDA have even gone so far as to misrepresent arguments and insights that we and others have made in an effort to discredit them, occasionally using highly emotive language in the process.18

Raising problems with MDA does not mean that we are opposed to NTD treatment—far from it. But we are concerned by the way in which competition for multimillion-dollar grants is closing off debate and restricting critical analysis of what is actually occurring on the ground. The situation is not helped by the fact that intense pressures are placed on institutions responsible for designing, administering, and monitoring MDA programmes to set overly optimistic targets and timelines at the expense of engaging with local realities. Similarly unhelpful is the conflation in medical journals of fine-grained and detailed scholarly research (undertaken mainly by parasitologists and epidemiologists) with broad assertions that are best understood as advocacy statements. Sidelining insights from the social sciences is counterproductive too, not least because appropriate responses to complex public health problems require a richly textured understanding of the lives of people being targeted.

We have worked with impoverished and politically marginalised Africans for decades and are well aware of the debilitating effects parasitic diseases can have on their lives. The provision of free and subsidised drugs creates a window of opportunity to make a massive difference. However, dealing with NTDs in a sustainable way will involve a range of factors, including behavioural change. The availability of tablets is not enough, and disingenuous dismissal of discomforting information will not benefit afflicted populations. In the parts of Africa in which we have worked, imagining that MDA programmes in their current form will, as protagonists suggest, “make poverty history” is unrealistic.19 More adequate monitoring and surveillance is essential. This entails properly triangulated and evidence-based assessment that draws insights from different disciplinary perspectives. An integrated biosocial approach is essential.

We declare that we have no conflicts of interest. 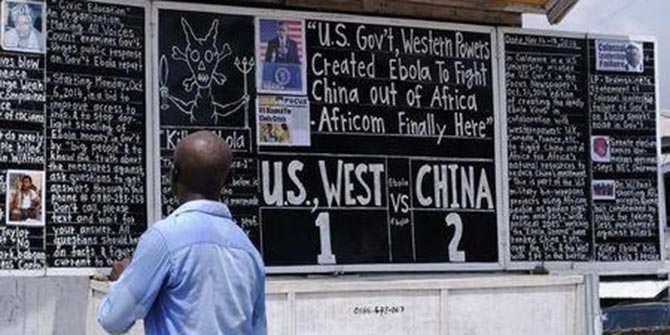 Bad Behavior has blocked 1406 access attempts in the last 7 days.