In the first of a four-part series looking at South Sudan one year after independence, LSE’s Matthew Le Riche assesses the challenges and successes after the first year of the world’s youngest nation.

It has been one year since South Sudan’s monumental moment – gaining independence after a long-fought struggle against Khartoum’s central authorities. The following commentary is a personal reflection on this first year, on progress, challenges and on the current situation looking forward on this, the first anniversary of South Sudan’s emergence from war to sovereignty.

At the independence celebrations a year ago, I stood alongside many of those that had fought long and suffered greatly for the moment of independence. It struck me then that many were focused not on that moment as a panacea – though some of course saw it that way – but rather – as one military General noted to me – “just business as usual”.

In this quote we can begin to understand the view of at least one key group in the leadership of the new state.  So here I want to reflect: Has it been “business as usual”? Is what we see today an extension of the previous war, which many perceived as having been concluded by the 2005 Comprehensive Peace Agreement (CPA), a new war or something else? After one year, is slow development and progress reflective of “business as usual”? Is the young government attempting to tackle major challenges in an incremental and largely reactionary fashion rather than staking out a grand strategy and vision based on a utopian goal? Essentially this “business as usual” approach may be more akin to the classic British notion of “muddling through” when faced with great, almost unfathomable adversity.

While most recognise that the years following the CPA have been more peaceful than during the civil war, many still confront violence, conflict and the daily struggle for sustenance. For the average South Sudanese family the more immediate struggle, surviving in a difficult physical environment, continues. Transforming this reality will be the mark of success or failure of the new South Sudanese nation.

Although most people were not faced with the overt violence of war, daily life in South Sudan for the vast majority remained difficult. Even though people were not directly targeted by the official forces from Khartoum, unfortunately, many did face inter-communal and other types of violence, particularly along South Sudan’s border with Sudan. Despite the old foe looming at large in Khartoum, for South Sudan’s leaders the new challenge swung from war to development and nation building.

After the CPA, and certainly after South Sudan’s independence, there was a shift in language and thinking toward development.  However, upon reflection it seems the form of the war changed through the CPA period and just after independence to reflect formal hostilities between the state armies and war began again. Other forms of warfare, not conventional, had continued to be used during the CPA period, some
economic, some use of irregular/militia forces as proxies and a degree of information confrontation had clearly been ongoing during the entire span of the CPA period.

Faced with coalescing a massively diverse population into a single nation, over the past year the young Government of South Sudan (GoSS) has both confronted major challenges and struggled to define itself; but has sustained itself in succeeding to hold the young state together. The major achievements of the past year have been that many institutions of government have taken shape. In addition, South Sudan has
been recognised and admitted into most major international organisations, even joining world football’s governing body, FIFA. Major infrastructure projects have begun in earnest, despite being fraught with corruption and questionable standards.

With these achievements it is important to place in context the current situation compared to 2005. In many places in Juba today, as well as some of the state capitals, you can get stuck in traffic jams. Many people rightly point out that there were about 20 or 30 cars in Juba in 2005 and very little paved road in the entire area of
Southern Sudan (before independence South Sudan was referred to as “Southern Sudan” it being a part of Sudan). Juba is now a city and facing the problems typical of new cities: land competition, traffic issues, increased crime, sanitation issues, among others – the list is long. But Juba and the major towns and cities in the states have
begun to direct road building projects, sanitation and limited health and education services, although too slow in the opinion of many, especially when considering the amounts of money that seem to have been wasted, squandered on unwise decisions, or worse by outright corruption.

Unfortunately, the backdrop of the efforts to build a new country has been scuppered by the almost immediate return to war with the government in Khartoum. This time the key difference is that this is an inter-state war; and thus should engender a very different reaction and engagement by the international community, particularly the UN and other governments. However, it has not; and many institutions – such as the African Union and others – have a tendency to continue to treat the two conflicting governments in the same manner as during the days of civil war.  Some are going even further and projecting what appears to be a moral equivalence of the two parties that is confusing at best, considering that one of the heads of state is wanted by the International Criminal Court for various crimes.

The fighting has been characterised by border skirmishes between the two formal armed forces, aerial bombardment inside South Sudan by the Sudanese air force, and the continuing influence of non-state armed groups.

The most acute incident was when the South Sudanese armed forces and the security services and army of Sudan engaged in open fighting along the still disputed border between the two new states in the oil-producing area of Panthou/Heglig in March and April 2012.  Similarly significant has been the less-reported fighting in the Kafia Kingi area spread during much of the latter half of the independence period. The response by Juba has been to push a much harder line in negotiations over the border and resource issues, particularly oil. The inability to reach agreement and the continued border issues resulted in the government in Juba cutting the oil production, which constituted over 70 percent of the oil flowing northward to the industry and export in
Sudan.  Adding to the stronger line on oil negotiations after the fighting at Panthou/Heglig, the GoSS also set out a clearer claim of a boundary further to the north than previously understood as the GoSS claim.

Adding to the more conventional confrontation along the border areas internal discord has also continued – most acutely in Jonglei state, where inter-communal violence escalated between the Murle and Lou Nuer communities at various points over the past year. This seemingly annual confrontation over cattle and other resource access rights escalated to a scale not seen since the major fighting of the war
concluded in 2004.

The root of Jonglei’s conflict, the role of livelihood strategies and the role of the attempt to “nation build” on this situation remain only partially understood. The government and security forces found it difficult to respond to control the situation, some peace-work organisations and commentators suggest this escalation was a direct
result of the government’s approach to the situation. The situation calmed due to a combination of local reconciliation efforts, the seasonal shift which tends to quell conflict that all too often has a clear seasonal and regular nature, along with efforts by the government in Juba – particularly by the Vice President and other top
officials. An effective equation of force, coercion, reconciliation and other methods continue to be elusive both for the government and those working diligently to find solutions.

Confronting a more modern reality is also a part of the dynamics at play in Jonglei; this is made all the more acute by the spectre of the potential oil industry, which looms large, along with mining and other industries outside the customary agro-pastoral way of life. The oil development of oil discovered in Jonglei may take many more years as the resource is unclear and the major firms involved continue to be
concerned about security issues and the risk of greater investment. However, many remain hopeful –the government included- that  Jonglei’s oil can spur the rapid development of an alternative pipeline thus bringing South Sudan away from reliance upon the pipeline that runs north through Sudan to the coast at Port Sudan. A timeframe of the real potential continues to remain unclear and requires significant research to further determine the scale and nature of the reserves. Without a clear expectation of further export potential a new southerly pipeline through an East African route remains uncertain, although the GoSS and companies assert it will happen soon.

The impact of these natural resource extraction industries in the near future is unclear but as has been seen in other locations in Africa and in South Sudan itself (ie Unity State and Upper Nile), these industries rarely seem to bring much wellbeing and security.

A mixture of machinations by provocateurs (some in Khartoum, some more
locally) and local conflict-livelihood dynamics are likely underlying most of such conflict within South Sudan, which will remain a major challenge to the government and its recognition as the sovereign and legitimate government. Most significantly these inter-communal conflicts rest as symptoms of the challenges to the
nation building process underway. The GoSS is faced with coalescing some 60 diverse groups, many with the capacity to challenge state authority politically and through force of arms. 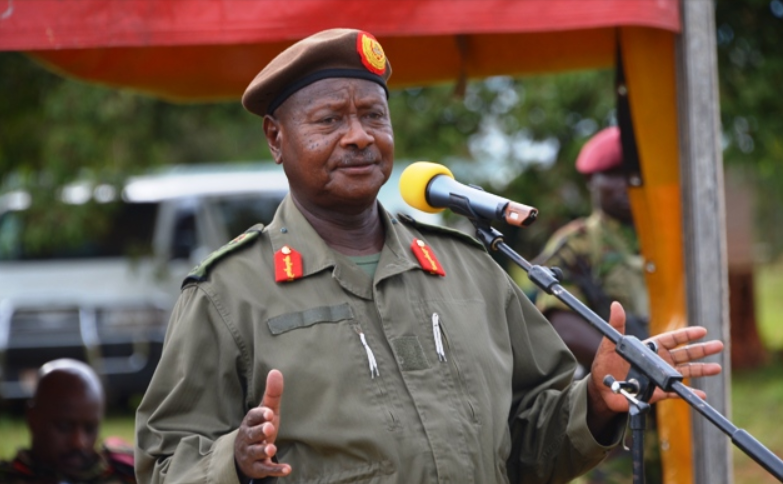 Bad Behavior has blocked 4580 access attempts in the last 7 days.