During his presidential campaign, Barack Obama promised to distance the United States from the neoconservative foreign policy legacy of his predecessor, George W. Bush, and usher in a new era of a global, interconnected world. Years have passed since his inauguration, and the reality of President Obama’s approach is in stark contrast to the ebullient and optimistic image that he originally built up, argues Fawaz Gerges, in his recent book. Reviewed by Corinna Mullin. This post originally appeared on the LSE Review of Books.

For students of the region, journalists, policy-makers, or others interested in developing a nuanced understanding of US foreign policy towards the Middle East today, at a time when the sun seems to be setting on the US’ ‘unipolar moment’, Fawaz Gerges’ Obama and the Middle East could not have come at a better time. Whether one seeks to better understand US policy divergences concerning the different Arab Spring uprisings, backtracking and inaction on the stagnant Israel-Palestine peace process, increasing tensions with Iran, spread of drone warfare in the various, and seemingly expanding, fronts in the battle against extremism (formerly known as the War on Terror), or improved relations with the pivotal state of Turkey, this book provides plenty of food for thought.

No one better is poised than the eminent Professor of Middle East Politics and International Relations at the London School of Economics to write such a book, examining change and continuity in US foreign policy towards the region from the early 20th century until today. Gerges’ oeuvre includes many critically acclaimed works on US foreign policy towards the region in its various manifestations.

As Gerges explains, Obama was never going to have an easy ride in the Middle East. After all, his predecessor left him with a disastrous legacy, including two invasions and occupations of Middle Eastern states as well as a counter-terrorism strategy that violated a laundry list of human rights, international laws and diplomatic conventions. Many Muslims in the region as well as in the West were left feeling, contrary to George W. Bush’s assurances, the war started by George W. Bush was a war on Islam rather than on terror. Despite this, Obama started off on a strong note with his 2009 Cairo speech, in which he “brought a new tone of humility by emphasizing engagement and partnership with Arabs and Muslims, thus raising expectations that his administration would bring a new direction to US foreign policy in the Middle East” (p.102).

Whereas Bush’s Middle East foreign policies were driven by neoconservative ideology, a belief in US supremacy, and desire to ‘socially engineer’ political change in the region, Obama claimed to pursue a more pragmatic and more humble approach, based on multilateralism, acknowledgement of shared interests, “realism, pragmatism and constraint”- what Gerges refers to as Obama’s “antidoctrinal doctrine” (p.89). Eschewing the liberal interventionist policies of his predecessor, Gerges argues that Obama appeared genuine in his quest to “normalize America’s relations with Muslims and make a break with the Bush legacy of moral crusading and social engineering” (p.241).

Yet despite these good intentions, and the manifold opportunities to restart US relations that presented themselves during Obama’s nearly four years in office, most recently with the Arab Spring uprisings, Gerges demonstrates that in actuality, there has been more continuity than change in Obama’s policies. This is especially the case in areas of geostrategic importance to the US, including the Gulf, the Israel-Palestine conflict, as well as those states now on the front line on the US’s battle against extremism. Gerges provides numerous explanations, from structural-institutional to behavioural and ideational, to explain why this is the case.

For those who assume continuity refers only to Obama’s predecessor’s policies, Gerges presents a well-substantiated case to demonstrate just how deep US foreign policy roots go. In fact, very little has changed in the overall approach of US foreign policy towards the Middle East since the promulgation of the Truman doctrine in 1947, when the region came to be viewed through a strictly Cold War prism. Even presidents like John F. Kennedy and Jimmy Carter – who were more inclined towards a ‘regionalist’ perspective – ended up constrained by the straightjacket of globalist group-think. In this context, it was the globalists, who viewed developments in the region vis-à-vis “this single, all-encompassing East-West rivalry”, whose vision for US foreign policy edged out the more nuanced thinking of the regionalists, who insisted “that local concerns had their own substance and had to be dealt with in their own terms” (p.16).

Though the end of the Cold War in 1989 provided an opportunity for a fresh approach, instead the US foreign policy establishment response to this historic moment was to act “unilaterally and aggressively to preserve the new unipolar international system” (p.62). It seemed in the case of US foreign policy towards the Middle East that increased strength did not result in a more confident and magnanimous position but rather one marked increasingly by hubris and aggression.

This was witnessed in particular through the rise of the neoconservatives and the individuals (e.g. Donald Rumsfeld and Paul Wolfowitz) and policies associated with the Project for a New American Century with the election of George W. Bush to the presidency in 2000. Rejecting the realism of his father and the liberalism of Bill Clinton, Bush Jr. developed a more ideological foreign policy agenda that resulted in many of the destructive and counter-productive policies associated with the War on Terror, including the invasions and occupations of Iraq and Afghanistan and the construction of the massive national security complex (p.209).

Spending on this burgeoning national security complex has been maintained by Obama, despite the fact that Al Qaeda, the original impetus behind this ‘war’, has largely been defeated.  As Gerges argues, the Arab Spring uprisings have undermined Al Qaeda’s ideological aims, strategies and tactics, including its privileging of the violence of a vanguard over protest and other forms of popular political participation, as well as its rejection of democracy as a western import. The killing of its leader, Osama Bin Laden, in a CIA raid as well as two of the its chief propagandists in drone strikes, also helped deliver a “major blow to the external operations of Al Qaeda’s most operational affiliate”, Al Qaeda in the Arabian Peninsula, which now only has between 50 and 300 members (p.221).

For many in the Middle East, Obama’s ascent to power heralded the possibility of a real transformation in US policies towards the region. Avoiding the Manichean and condescending language of his predecessor, Obama, in his 2009 Cairo address, talked of a new beginning between the United States and Muslims around the world, which would be based on “mutual interest and mutual respect” and on the understanding that America and Islam “share common principles-principles of justice and progress; tolerance and the dignity of all human beings” (p.99).

Despite the soaring rhetoric and seemingly good intentions, it did not take long for those hoping for tangible change to become disillusioned. Most disappointingly, Obama has failed to substantively challenge the politics of terrorism, responsible for “driv[ing] military adventurism, a mushrooming national debt, and the militarizing of domestic affairs- torture, military tribunals, and the massive expansion of the national security machine” (p.227). The War on Terror politics and its resulting Islamaphobia impacted every area of American life, and Obama seemed to lack the will, or tools, to seriously take on the vested interests that one would be required to in order to achieve such structural change.

Though Gerges offers a whole range of explanations for Obama’s failure to live up to the immense hope generated by his historic election, the one shortcoming of the book is his failure to systematically develop these into a coherent argument as to why its foreign policy towards the Middle East seems destined to keep the US on the wrong side of history. Perhaps a more sustained analysis of the structural impediments to policy change, including the role and interrelationship between money, political culture and corporate media, would have helped to explain why it is so difficult to alter the status quo. Unfortunately, this weakness results in an overly optimistic conclusion that Gerges’ overall analysis makes it otherwise difficult to share. Namely that, “a second-term Obama could potentially shed his political inhibitions and escape the trappings of special interest groups in an effort to establish America’s progressive leadership in the New Middle East” (p.247).

Corinna Mullin is currently a lecturer in Comparative and International Politics at SOAS. She will be moving to Tunisia in Autumn 2012 to teach International Relations as a Visiting Assistant Professor at the University of Tunis. Her research interests include: U.S. foreign policy towards the Middle East, Middle East politics, political Islam, identity politics, comparative political theory and the Arab ‘revolutions’. 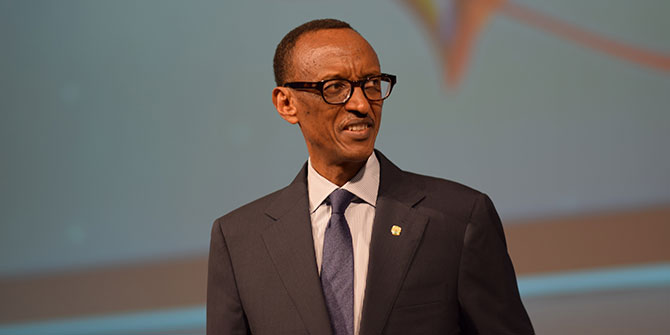