LSE’s Gerardo Serra calls Morten Jerven’s book Poor Numbers: How we are misled by African Development Statistics and What to Do about It a pioneering attempt in opening the black box of African statistical offices.

Statistical indicators, such as GDP, are the most synthetic and common measure of the success or failure of an economy. But how good are the numbers that inform these statistics? This is the question that Morten Jerven, former PhD student in the LSE Department of Economic History and currently Assistant Professor of International Studies at Simon Fraser University (Vancouver), has attempted to address with respect to Africa. The short answer, as suggested by the title, is that the numbers used to describe African economies are “poor”. This book presents a detailed analysis about why that is the case and offers some policy suggestions aimed at improving the quality of African statistics and their use in scholarly and policy circles.

The departure point of the volume is that statistics are both a powerful tool to learn about the world and an important part of the evidence used in policy-making. The consequence of this assumption is that if African statistics tend to be unreliable and inaccurate this needs to be understood simultaneously as a knowledge and governance problem (p. 4). This does not imply embracing a relativistic position; it simply means that numbers are too important not to be subjected to a critical scrutiny which identifies the factors which make them more likely to grasp accurately the reality they purport to represent, and an investigation into their conditions of production and dissemination.

Putting aside the introduction and conclusion, the volume is divided into four chapters. The first, significantly titled “What Do We Know about Income and Growth in Africa?”, is a realistic appraisal of the quality of African GDP statistics. Jerven clearly points out that African GDP data are affected by serious problems of reliability, accuracy and volatility. A comparison of the ranking of African countries by income per capita presented in the World Bank Development Indicators, the Penn World Tables and the historical dataset built by Angus Maddison (arguably the three most influential sources for GDP and growth accounting) reveal a striking divergence. Is Mozambique the eighth poorest African country as claimed by the World Bank or does it figure among the twelve richest economies in the continent as argued by Maddison? Jerven notes that “Angola, Central African Republic, {…} Congo-Brazzaville, Nigeria and Zambia all make leaps of more than ten places in the rankings from one source to the other, leaving the relative ranking of one-fifth of the countries as a matter of high uncertainty” (p. 19). This simple comparative exercise goes a long way in showing the fragility of our statistical knowledge about African economies.

The second chapter presents a brief historical survey of the evolution of national income accounts in sub-Saharan Africa. This section, on one hand, shows a certain degree of continuity in the conceptual problems faced by statisticians eager to apply frameworks, originally developed for industrialised economies, to African realities. On the other hand it points out that the quality and coverage of statistics in sub-Saharan Africa has closely mirrored the fate of the states producing them: following the development decades of the 1950s and 1960s, statistical capacity was curtailed after the adoption of structural adjustment policies in the early 1980s. This left both scholars and policy-makers in the paradoxical condition of having better data for the 1960s and the 1970s than for more recent periods (p. 53).

The link between statistics and state capacity is made more explicit in chapter 3. Through an indicative selection of case studies on population censuses and agricultural data in Nigeria, and growth estimation in Tanzania, Jerven convincingly argues that the “political economy in which ‘facts’ are embedded does matter” (p. 55). The collection of accurate statistics emerges as a complex issue, representing political priorities, as well as the incentive structures for statisticians and the people who (or whose resources) are the object of the counting. Drawing on all these insights, chapter 4 presents a detailed appraisal of the institutional, political and financial framework in which today’s African statistical offices operate. The condition of many African national statistical offices, usually understaffed and underfunded, frequently bypassed by international donor organisations who collect and produce their own data, and occasionally subject to political pressures from the governments, puts them in a weak position to inform policy-making with updated and accurate information.

The policies identified by Jerven as a possible remedy to improve this grim state of affairs are broad in scope, mirroring the conceptual, institutional and political nature of the problem. Indeed they span from a call for more explicit production of metadata accompanying official estimates (p. 107), to a different focus in the training of African statisticians. This should shift its attention from the software used to process data which in most cases is not even available, to a stronger focus on the most effective ways to collect the information needed. Another set of recommendations deals with the funding structures of statistical office, and briefly touches upon the legislative framework needed to strengthen statistical capacity.

This volume has several laudable features. Firstly, it presents its arguments in an accessible language: it is not easy to provide a rigorous treatment of statistics and yet make it a vibrant, engaging and relevant subject.  Secondly, it is based on a multidisciplinary theoretical framework. Given the multifaceted nature of statistics, this perhaps should not come as a surprise. But Jerven gracefully mixes the analytical tools of the economic historian with insights taken from the work of economic anthropologists and political scientists into an organic whole. However, the main virtue of the volume relies probably in the amount and quality of new empirical evidence presented: Poor Numbers is a pioneering attempt in opening the black box of African statistical offices, and understanding the dynamics underlying not only the production of African data, but also its role in policy-making. A significant part of this evidence, on which there is almost no existing literature, comes from Jerven’s fieldwork, comprising visits to statistical offices in Ghana, Kenya, Malawi, Nigeria, Tanzania and Zambia, meetings with representatives of the World Bank and the International Monetary Fund, and e-mail surveys to other statistical offices located in sub-Saharan Africa (p.83).

According to the author, this book was written for “data users” (p. xi). This has to be understood in a broad sense, including not only those policy-makers who, based on these questionable statistics, make decisions likely to affect a large number of people, but also scholars in the social sciences. In conclusion, Poor Numbers is not merely a welcome addition to the existing literature on African development, but also an occasion for policy-makers and social scientists alike to think more seriously about the nature of the numbers they use to make their decisions and construct their arguments.

Poor Numbers: How We Are Misled by African Development Statistics and What to Do About It by Morten Jerven is published by Ithaca and London: Cornell University Press

The launch of Poor Numbers: How we are misled by African development statistics and what to do about it will take place on Wednesday 22 May from 6pm to 7pm at the Waterstones Economists Bookshop, Clare Market, Portugal Street, London, WC2A 2AB. 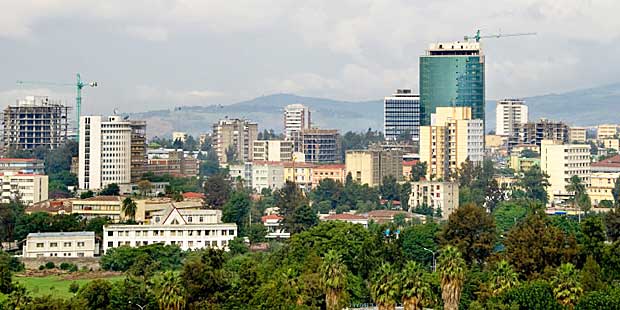 Bad Behavior has blocked 4660 access attempts in the last 7 days.