In this interview, Professor Catherine Boone discusses her latest book, Property and Political Order: Land rights and the Structure of Politics in Africa with Syerramia Willoughby. This interview was conducted for LSE Connect magazine.

Syerramia Willoughby: Why are land rights in Africa so important?

Catherine Boone: One reason is that in most African countries, between 50 to 80% of the people depend on land for their livelihood and a place to live. Secondly, land rights and the rules of access and control and allocation of land are really a template for all kinds of social and political relationships in an agrarian society. Finally, many observers have observed that there is an upsurge in land-related conflict across much of sub-Saharan Africa. There is a small debate about how an increase or decrease in conflict is measured, but what we do know is that there seems to be a dramatic upsurge in visible forms of land conflict.

SW: What are some examples of visible land-related conflicts?

CB: There was the expropriation of the commercial farms in Zimbabwe. The ten-year civil war in Ivory Coast was very closely associated to the question of land rights and who had the right to own farmland in the country. Even the genocide in Rwanda had very important land-related dimensions. In all of these situations, land tenure relationships were very important in defining social cleavages and mobilising people. We can also point to the problems in North and South Kivu in Eastern DR Congo, especially those North Kivu where people are struggling over farmland as well as land issues related to access to mineral resources. These are just some visible land conflicts; of course many conflicts simply fly under the radar are confined within communities or families.

SW: What did the research for your book involve?

CB: The starting point was the often-repeated premise that land-related conflict in rural areas results from the absence of government. My research argues the opposite position, saying that in in fact, control over almost every inch of farmland and territory anywhere in almost every African country has been subject to a history of governmental interventions and policies. Governments have played a very profound role in structuring control over land.

The book looked at 30 to 35 instances of land conflict in subnational regions of about 10 countries, identifying variations in patterns of conflict. I was able to identify the ways in which these differences were shaped by land tenure institutions that were molded by government.

SW: What were your findings?

CB: The main finding was that these rural localities, districts and regions were tied to central governments in a myriad of overlapping institutional and political ways. Land conflicts are shaped by these institutional arrangements governing land and land access.

SW: What are some examples of these varying links between rural areas and central government?

CB: I studied a large scale acquisition by outsiders in a peri-urban area in Kumasi, the capital of the Ashanti region in Ghana. The government had taken 400 acres of land for an infrastructure project. The previous land users were very unhappy because the farmland taken away had been very productive with citrus groves and cocoa trees. However, in the Ashanti region and much of Ghana, the government gives the authority to allocate land to the chiefs, so the ultimate arbiter of who could take or give this land in Kumasi is the Asantehene. This means that these people had nowhere to go within the structure of the national government to complain. Their main recourse was the chief’s council. It may seem that the people with land grievances are forced into a supposedly customary system. However it is only partly customary, because the modern government put these arrangements in place. This is an example of land conflict being kept out of national level politics with people channelled into the neo-customary system.

We see almost the opposite example in Kiru Valley in northern Tanzania. The government had allocated land to some investors in private sugar cane estates. The occupying farmers were just as unhappy as their counterparts in Ghana. In this case, however, there are no chiefs and no neo-customary form of politics in that part of the country. They have, what I call, a statist land tenure regime where the central government itself controls and allocates land. These people first aired their grievances to their MP, then backed an opposition candidate in their area and took their case to court as far as the highest court in the country for land issues. In this case, we see that the land conflict was channelled directly into institutions at the national level.

There were also some cases of dramatic and large-scale violence and destruction like that in southern Ivory Coast over the presence of outsiders. As land grew scarce, people who were indigenous to the area began to resent the presence of “strangers”, even though many of these were Ivorians from other parts of the country. Those outsiders had been brought there by the central government, as a result, aggrieved farmers blamed the national government for the presence of these strangers and took their land conflict directly into the political arena. Like these farmers in the Kiru Valley, they backed an opposition candidate who came to power, vowing to resolve their land-related conflict. However, in many other parts of sub-Saharan Africa, when non-indigenous people become the target of resentment because of growing land scarcity, the local people or the local authorities can more or less unilaterally kick them out.

We have seen three ways in which land conflict can arise, yet  ultimately the manner in which it develops depends on how the central government insinuates itself into the property relationships.

SW: What sort of impact do you expect this book to have?

CB: I expect that there will be two areas of impact – hopefully in the study of politics of land and resource use and I hope people will become much more sensitive to the role of national institutions in structuring conflict in rural Africa, and more aware of the ways in which property institutions and administrative institutions can create or help mediate conflict.

In study of African politics more generally, I believe that showing how administrative and property institutions reach very deep into rural communities will identify ways in which these institutions structure many forms of politics, such as electoral behaviour, electoral mobilisation and the dynamics of civil war. Until now, these institutional frameworks have been almost invisible.

SW: What future direction will you be taking in this research now you are here at LSE?

CB: I would like to work on land in post-conflict situations in countries like Ivory Coast, Sierra Leone, Liberia, Rwanda, Burundi and northern Uganda and do a comparative study, bringing in the experiences of countries like El Salvador, Serbia or Cambodia. I hope to interest some of the East African students in the Department of International Development in doing their dissertations on this topic. It could be the way to start a really interesting comparative project.

I also hope to work with colleagues in the Geography, International Development, and Government Departments to explore the ways governments project their power across territory to structure property relations, political inclusion, and political conflict.

Nelson Mandela left his mark on the Commonwealth 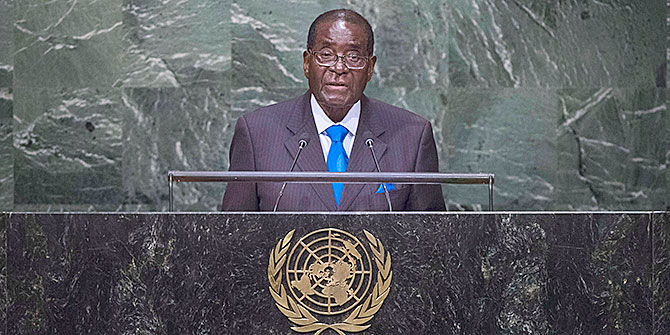 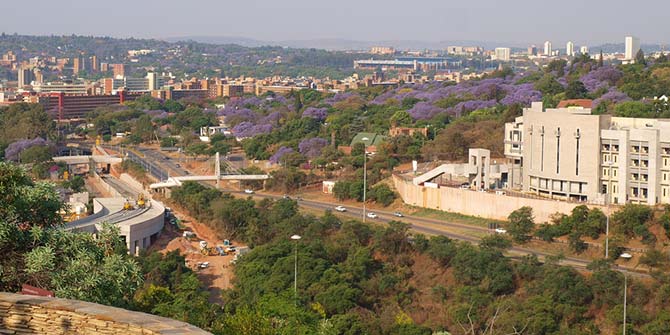 Bad Behavior has blocked 2262 access attempts in the last 7 days.