Over the past 40 years, Brazil has transformed herself from a net importer of agricultural products to the world’s third largest agricultural producer and exporter. The South American country serves as a model for many developing countries and is keen to share her expertise particularly with countries in Africa. This is being done by replicating Brazil’s “successful” public policies. The idea is: “what is good for Brazil is also good for Africa. As Lula da Silva once said, “I am convinced that the public policies implemented in Brazil can be exported to Africa. There will need to be some adjustments of course, but these policies can work in Africa.”

Chief among Brazil’s partners in Africa is Mozambique, where programmes are trialled before being applied in other African countries. As you can see from the table below, there are currently six programmes in the southern African country being financed by Brazil. For example, More Food Africa, a Brazilian credit programme aiming to promote export of agricultural equipment into Africa has already been implemented in other countries like Senegal, Ghana, Kenya and Zimbabwe.

Such is the importance of Mozambique, Embrapa, Brazil’s agricultural research body, has a large contingent of staff based in the country. The African co-ordinator of ABC, the Brazilian government agency which monitors all international technical co-operation projects is also stationed there. However, this engagement is not free of controversy with some arguing that Brazil’s main interest is to be recognised as a “global player” and to support Brazilian companies in Mozambique and not to promote local development. Something similar is in store for ProSAVANA, Brazil’s most ambitious programme to date, if it succeeds in the southern African country.

Initiated in 2011 and still in the research, planning and technical stage, ProSAVANA, a trilateral programme between Brazil, Japan and Mozambique aims to transform the Nacala Corridor (Zambezia, Niassa and Nampula Provinces), a region with 14 million hectares (See PDF) in the north of the country, into one of the most productive regions in the world. It is inspired by Proceder, a 30-year Brazil-Japan project which transformed the Brazilian savannah into one of the world’s top producers and exporters of soya. For the programme’s cheerleaders, the Nacala Corridor has the same agro-ecological features as those of the Brazilian savannah.

Although ProSAVANA is still in its first phase, it is already facing strong criticism by Mozambican and Brazilian NGOs and scholars who argue that this project will benefit only the big agricultural companies rather than the local population. Among its biggest Mozambican detractors are União Nacional dos Camponeses (UNA), the most important local farmers’ organisation and Justiça Ambiental (JA).

According to UNAC, “ProSAVANA is a top-down policy, which does not take into consideration the demands, dreams and basic concerns of peasants, particularly those within the Nacala Corridor.” UNAC and JA have also joined efforts with international NGOs from Africa, Europe and South America to write an open letter asking for more transparency in the programme and for the inclusion of local farmers and NGOS on all aspects of the project. The debate exists not just among civil society, but also among scholars. Up till now, Brazilian researcher Natalia Fingermann is the only scholar to throw her weight behind ProSAVANA, saying that it would not encounter the same problems as Prodecer in Brazil. According to Fingermann, when Prodecer was implemented thirty years ago, Brazil was under a repressive military dictatorship which meant that nobody could criticise the ultimately successful project. Nevertheless, her position was strongly contradicted by Dr Sayaka Funada-Classen, a Japanese researcher.

However, it is still too early to draw any conclusions about the impact and results of Brazil’s technical co-operation with Mozambican agriculture, given that the project is still in its early stages. At the moment, it seems that there are two approaches underlying Brazil’s initiatives. The perception from UNAC’s advocacy team is this: “Brazilian co-operation on agriculture has two fronts: the first is very aggressive and focused on commercial agriculture, where the Mozambican farmers will end up as employees of the Brazilian large-scale projects and there will be no support for family-run farms – this is ProSAVANA. The second is a friendlier dimension characterised by projects like PAA (see table) and the project on Native Seeds Rescue with MCP, where bolstering the Mozambican farmers is a priority. Which is a priority for Brazil and for the Mozambican government? It looks like ProSAVANA”.

Brazil has immense knowledge on agricultural development that it can share with the African continent. The question should not be whether the programmes are good or bad, but how to create the proper institutional framework, policies and human capacity to ensure maximum use of transferred technology in the context of Mozambique’s socio-economic environment. The debate around ProSAVANA as well as Brazil’s broader impact in the agricultural sector is linked to an intense argument on how to balance small and large-scale agriculture and foreign and domestic investment, a debate that has not yet been settled in Mozambique.

Moreover, Brazilian engagement with Mozambican agriculture is connected to the country’s strategy to be recognised as a global player who can influence debates and agendas at international level, alongside countries like China and India. Food security is a global concern and Africa’s development is essential, in this sense, as emerging countries and more traditional donors compete not just for resources and markets, but also for establishing paradigms. As we have seen, Brazil has entered the competition in Africa and further research is necessary to understand its impact.

This article is the product of research conducted under the auspieces of IESE and Future Agricultures. 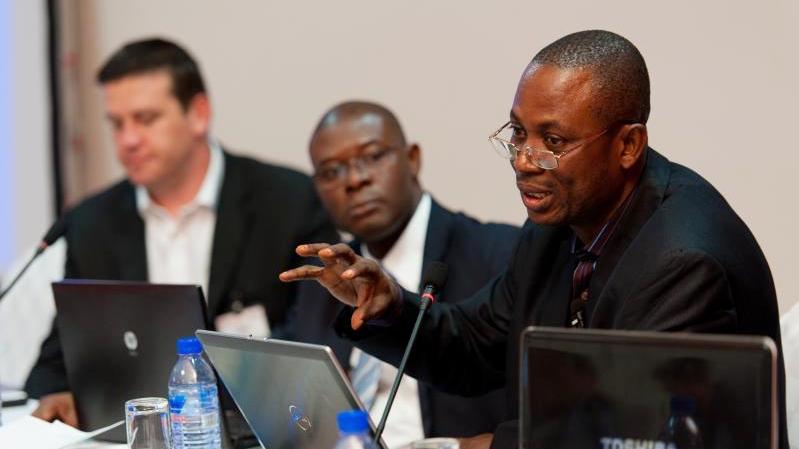