When War Ends reviews the case study of the West African state of Sierra Leone, a so-called ’successful’ model of liberal peacebuilding, to seek potential lessons for other parts of the world in regards to winning the peace and reconciling divided communities. Maria Kuecken finds the majority of chapters contribute meaningfully to the discussion of liberal peacebuilding—one that is ultimately practical but rooted in heavy academic discourse.

As the nature of conflict shifts from inter- to intra-state, one question remains unchanged: “Does war ever end for those who have been the victims and perpetrators of violence?” Further complicating this issue is the prominence of peacebuilding operations, with the purview of such interventions coming under increased scrutiny in recent years. Compiled by Dr. David J. Francis, a professor of African Peace and Conflict Studies at Bradford University, When War Ends is a collection of scholarly articles that puts traditional liberal peacebuilding to the test against criticisms. Francis, who has consulted widely in governments, international organisations, and militaries, loosely organises the discussion into two parts: the first provides the reader with a fundamental context of the debates surrounding post-war peacebuilding and the second applies this narrative to Sierra Leone, a so-called success story amongst nations recovering from a decade long civil conflict.

Despite “considerable disagreement about the strategy,” a typical model of liberal peacebuilding has come to exist, one that gives priority to “democratisation/political pluralism, neoliberal free markets and rebuilding state governance institutions.” This model has been widely applied and, of the 21 peace operations launched by the United Nations since 1989, more than half have been concentrated in Sub-Saharan Africa. But considering the realities of external intervention in many recent conflicts, liberal peacebuilding has come under heavy fire both in theory and practice.

Such a model strives to establish a ‘virtual peace’ or ‘no-war’ status quo but does not necessarily achieve a situation of ‘positive peace’ in which the true sources of conflict are eliminated for good. This is partly due its prioritisation of democratisation and marketisation over domestic needs. Doing so allocates less emphasis on social outcomes such as inequality, health, and education. However, even economic development can gloss over the precarious transition from a war economy to a normal one by failing to give appropriate attention to the creation of employment and accumulation of government revenue. As a result, although a country may find itself in a situation where there exists no war, it still may not experience sustainable peace. In short, as Francis adds, the process “has been based on a one-size-fits all model of international intervention often driven by quick-fix, short-term and exit strategy oriented interventions.”

The laundry list of criticisms goes on to include issues such as failures in coordination among actors, poor knowledge of domestic conditions, and lack of local ownership. Acting the apologist, scholar Roland Paris describes the criticisms in detail but, on balance, finds that the debate “now verges on unfounded scepticism and even cynicism.” By labelling peacebuilding as imperialist, tacking too broad a definition to liberal peace, and mischaracterising the peacebuilding record, critics do nothing to provide a convincing alternative. Rather than decrying the entire model, Paris readily acknowledges its flaws and sensibly advocates their use as a jumping off point for improvements, arguing “there is no realistic alternative to some form of liberal peacebuilding strategy.”

Aside from providing context for the reader, such a discussion is doubly useful in that it frames the case of Sierra Leone in which these inherent peacebuilding failures appear: among them, a prioritisation of economic/liberal concerns over the social, failure to address structural issues of conflict, and lack of appropriate hybridity between local and external actors. The majority of the authors echo these sentiments and the failures, more so than the successes, tie the chapters together. Indeed, “the diplomatic community and the Sierra Leonean government have been heavily criticised for not addressing the root causes of the war, including issues of corruption and patronage-based politics.” To the detriment of social outcomes, the government’s policy narrative has adopted the language of business “that may not benefit the people it is meant to assist.” The public health record is dismal, and the pre-war higher education system largely perpetuates without giving sufficient attention to peace education. Thus, the purported success of Sierra Leone is that the typical model of liberal peacebuilding has been applied to achieve a ‘no-war’ situation. But in order to fashion a sustainable peace, fundamental social issues must be successfully addressed.

By the very nature of being a compilation, each chapter could stand alone. Though this tends to produce a bit of fragmentation, the majority of chapters contribute meaningfully to the discussion—one that is ultimately practical but rooted in heavy academic discourse and, as such, is best suited for those seeking a nuanced and serious study of liberal peacebuilding. Though undoubtedly a treatment of crucial issues, the discussions of public health and higher education stand out as the weakest parts of the compilation. To be sure, health and education comprise key social cornerstones neglected by peacebuilding approaches—both contribute to a stable peace but are more often than not sidelined from the process of creating it. However, the reader does not require such chapters to be convinced of their importance and, what is more, unconvincing results from a tiny survey sample and simple anecdotes do little to bolster these arguments.

Considering the evidence, should or can Sierra Leone serve as a model for post-war peacebuilding? It seems only for the way it demonstrates the areas of peacebuilding that continue to be problematic. In Sierra Leone, as everywhere, scholars and practitioners would do well to heed the lessons of the past and exert more care to improve the peacebuilding model instead of rehashing previous mistakes.

Maria Kuecken is a Ph.D. candidate in Economics at the Paris School of Economics—Paris I Pantheon-Sorbonne University.  She tweets @mkeeks. 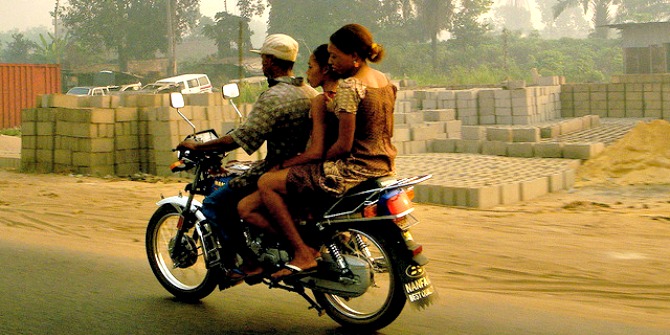 Bad Behavior has blocked 2774 access attempts in the last 7 days.